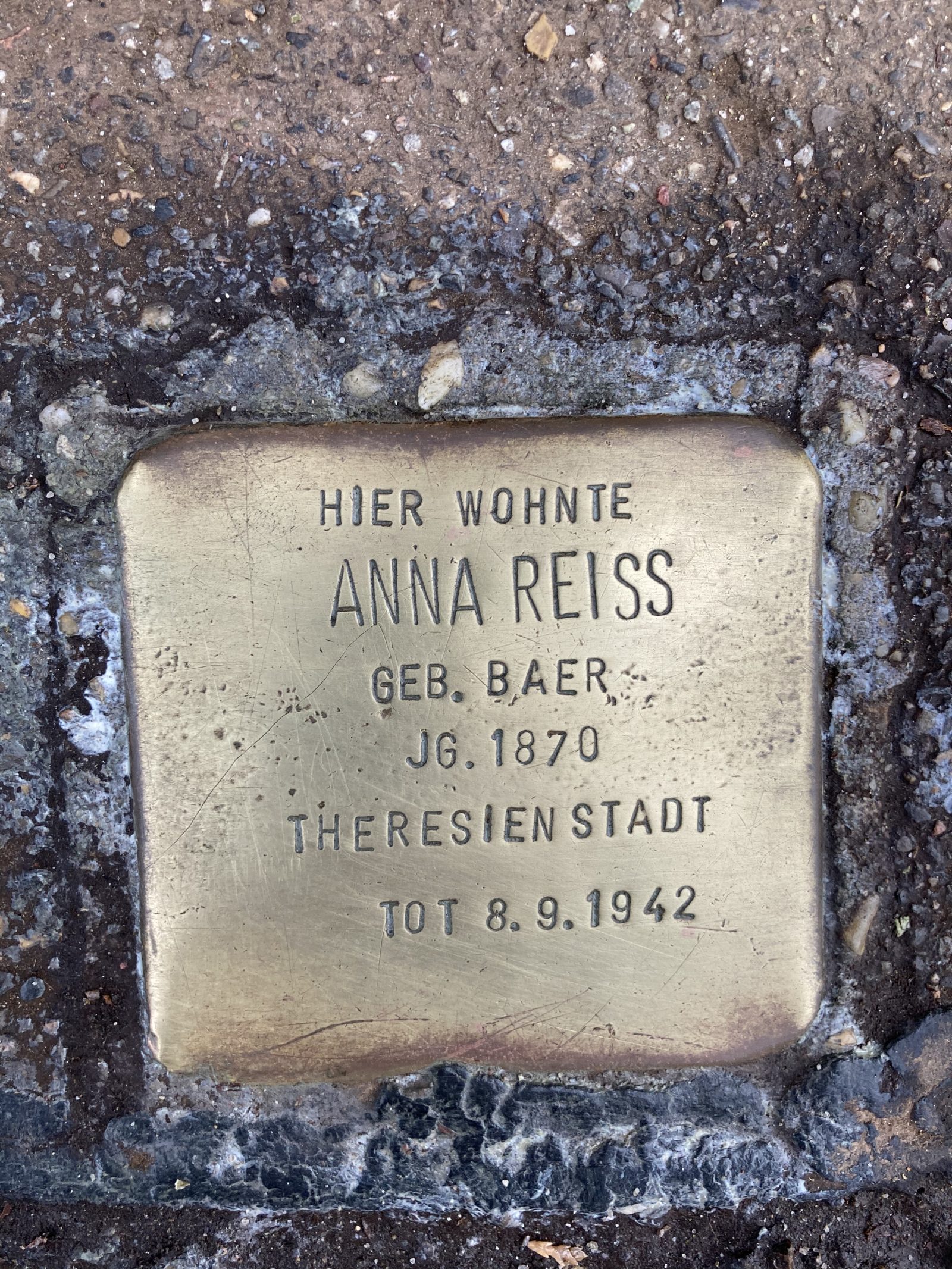 ANNA REISS was born as Anna BAER (also Bär) on December 18, 1870 in Bruchsal. She was married to the district court director Dr. Robert Reiss, with whom she had two children: Luise Olga (*22 July 1891), and Hubert Ludwig (*8 May 1895). ANNA REISS lived at Goethestraße 37 on the second floor in 1937. In April 1939, the widow of the district court director was registered at Bergleweg 4. On August 22, 1942, she was deported from Ludwigstrasse 32 (the house which belonged to DR.HEDWIG WEIL was misused as a so-called „Judenhaus“) to the concentration camp Theresienstadt via Stuttgart on deportation train XIII/1 of August 22, 1942. In the concentration camp Theresienstadt the prisoners were „housed in casemates or attics, and for food they were given some coffee substitute and a slice of bread. The disillusionment was horrible. Many could not stand it, they collapsed psychologically and physically“ (Source 22, p. 21). ANNA REISS was murdered by this systematic-terrible treatment there a little later, on September 8, 1942, at the age of 71.
Stolperstein laying for ANNA REISS in January 2004.