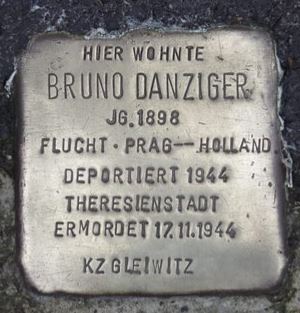 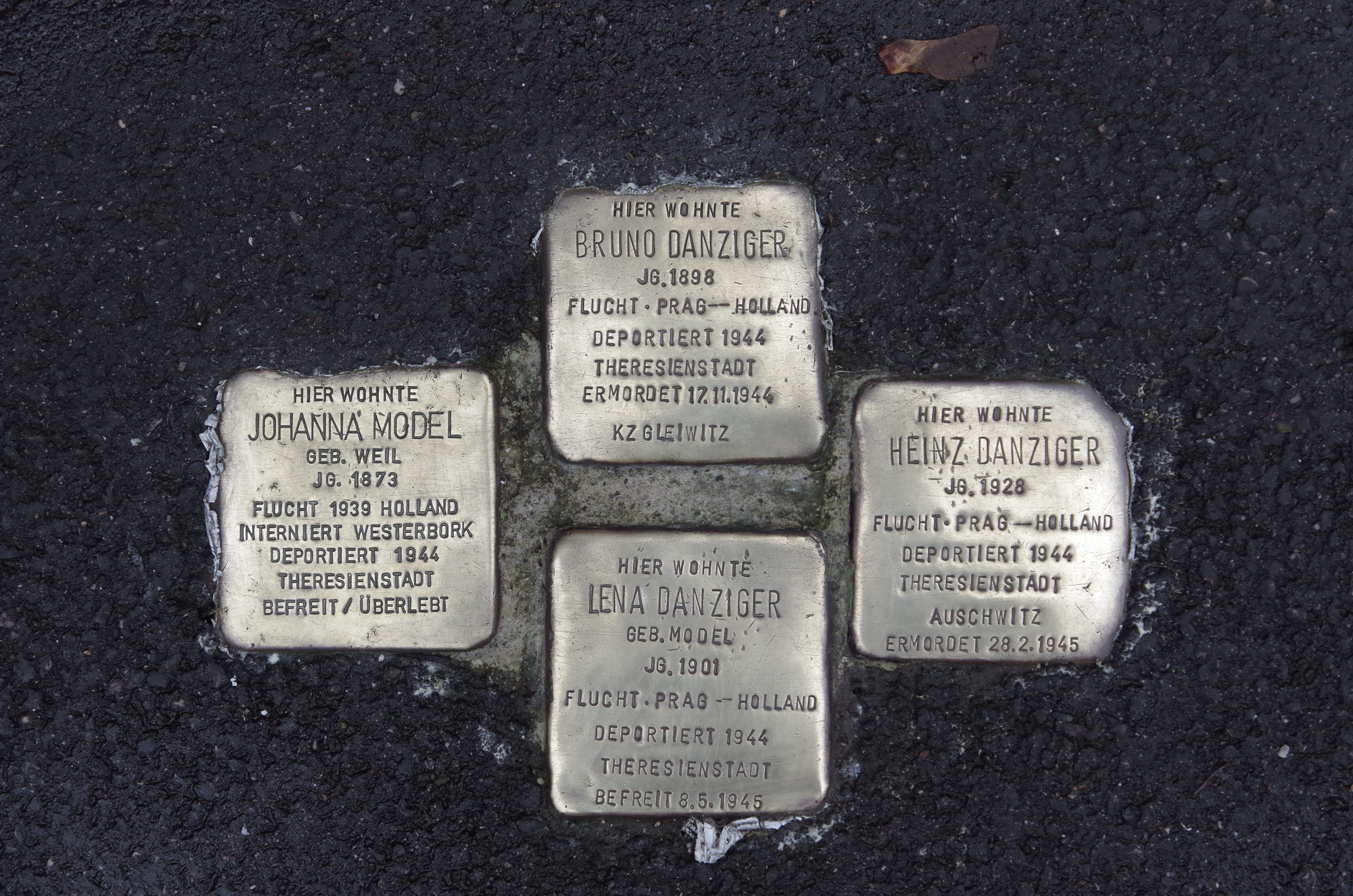 BRUNO DANZIGER was born on January 6, 1898 in Katowice. In Freiburg he ran the radio and electrical wholesale business Danziger in Gartenstraße 17. Falkensteinstraße 6 is also given as another business address. In April 1937, the National Socialist rulers in Freiburg forced him to give up his business. From 1933 to 1936 he was a member of the municipal council of the Jewish community in Freiburg. According to information from David H. Blum, BRUNO DANZIGER was a Zionist. He was married to LENA DANZIGER GEB.MODEL. The couple had a son, HEINZ (Alfred) DANZIGER, born 15July 1928.

Together the family fled to – still free – Czechoslovakia to Prague in 1937. BRUNO DANZIGER was deprived of German citizenship after he fled abroad.

When the Nazis occupied Czechoslovakia, BRUNO, LENA and HEINZ DANZIGER fled from Prague to Amsterdam in 1939. Since the Netherlands had remained neutral in World War I, the DANZIGER family hoped that Holland would continue to be respected by the Germans as a neutral country.

In May 1940, however, German soldiers invaded the Netherlands. The DANZIGER family was now among the 15,000 German refugees who had sought shelter from Nazi persecution in tiny Holland.