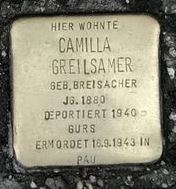 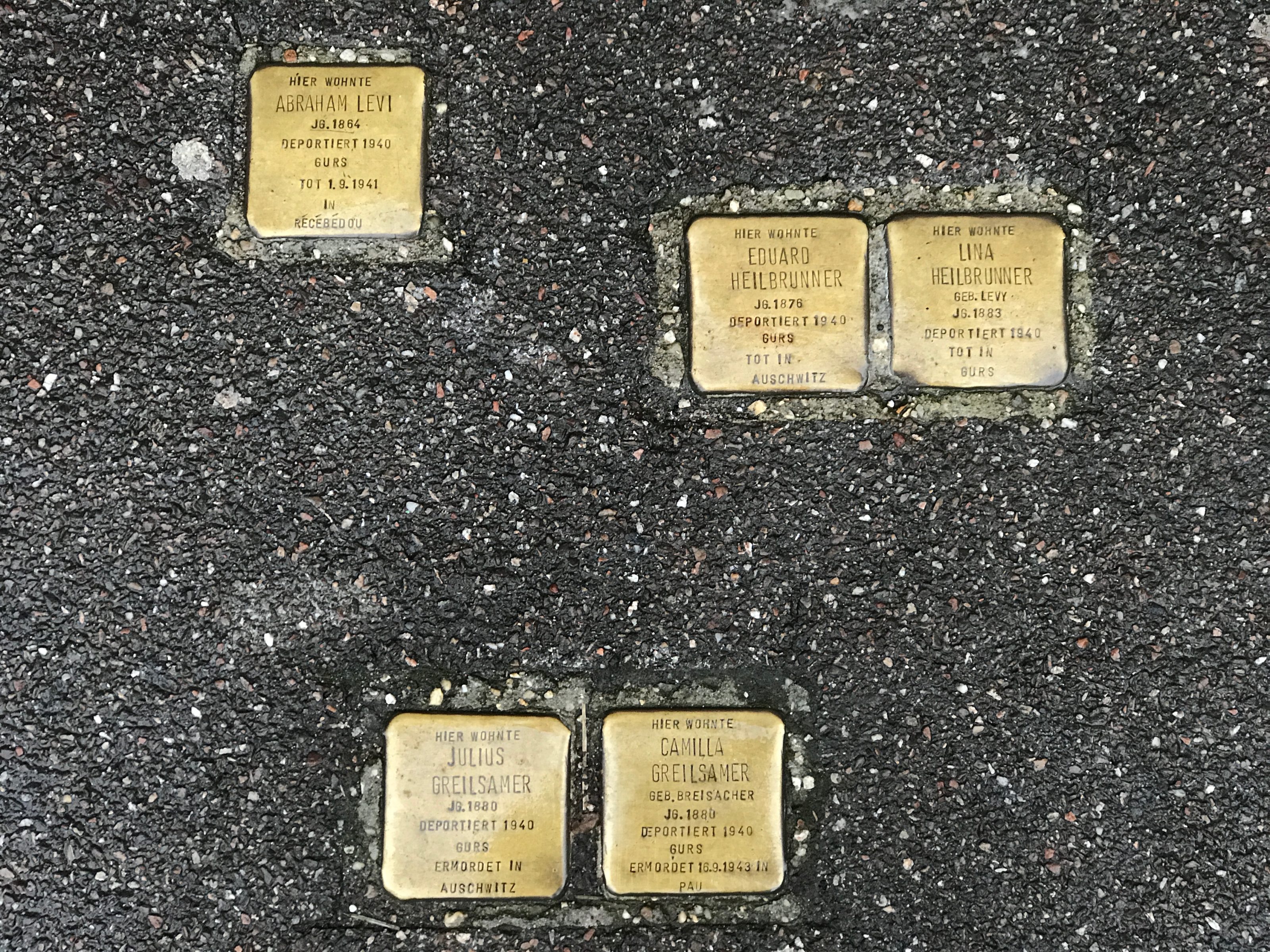 CAMILLA GREILSAMER was born as Camilla Breisacher on January 1, 1880. Her birthplace is Breisach, where she was last registered before moving to Freiburg. With her husband JULIUS GREILSAMER she lived – probably only from 1940 – at Moltkestraße 40 in Freiburg, where her name is not listed in any of the residents‘ books from 1933 to 1940. They had a son (*December 25, 1905), who was also named Julius after his father.

Together with her husband, CAMILLA GREILSAMER was arrested by the GESTAPO and the police on October 22, 1940, one day of the Jewish Feast of Tabernacles, and deported to Gurs.

CAMILLA GREILSAMER died on 16 September 1943 at the age of 63 in Pau near Gurs. Why she was in Pau and died there, we could not research until now