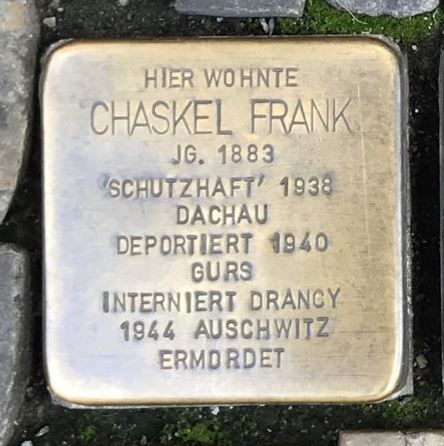 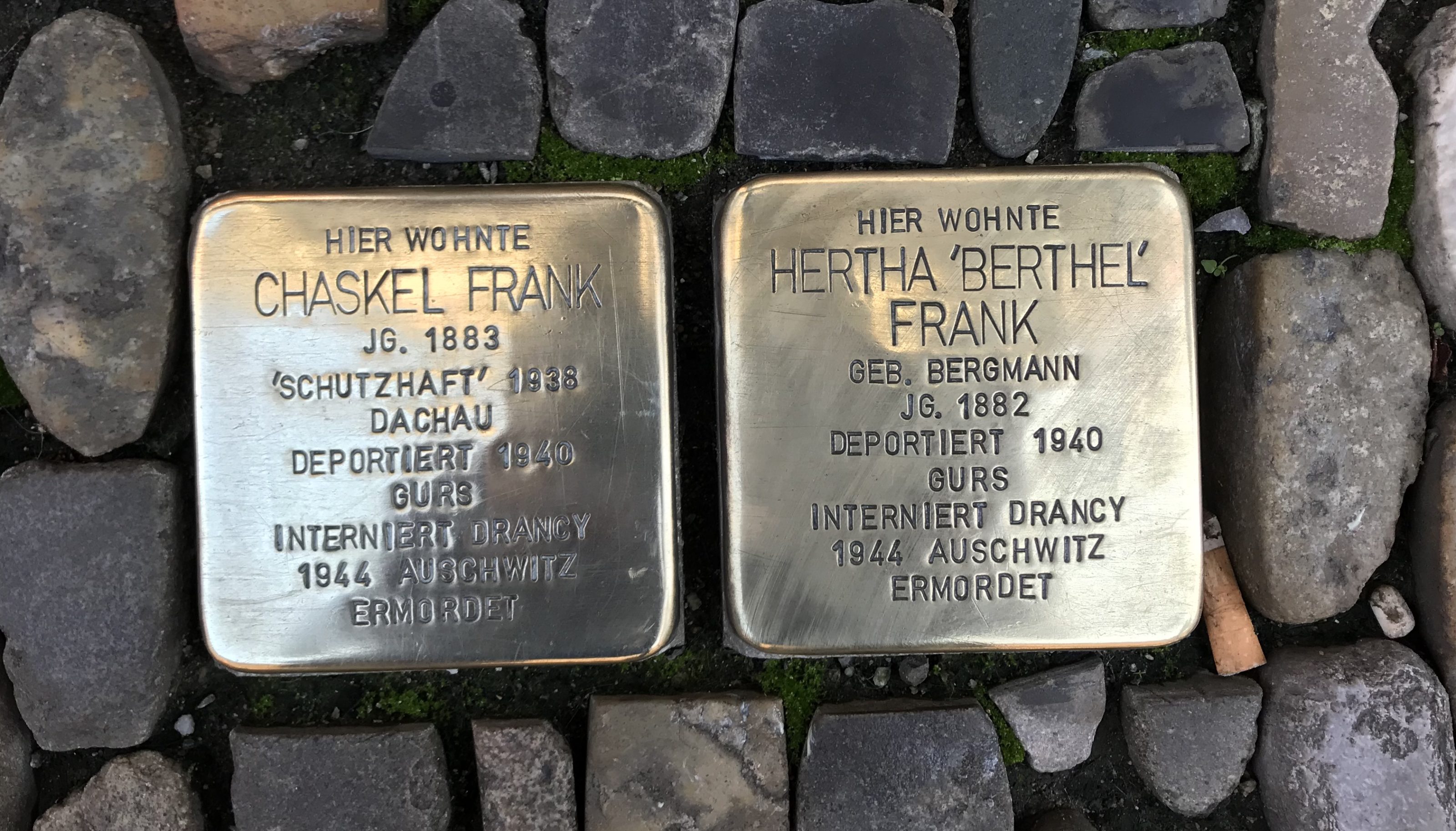 CHASKEL FRANK was born on October 19, 1883 (possibly October 13) in Wischnitz (also Witznitz). He was a merchant and owned the company Frank & Co. in Freiburg, which sold wedding trousseaus. He was married to Hertha ‚Berthel‘ Frank. Until 1937 he was registered at Rheinstraße 27, which today is house number 19. Since 1938 the couple was registered in Salzstraße 11. There’s a chance that CHASKEL FRANK had already given up his business at that time because he was Jewish.
During the Reich Pogrom Night on November 9/10, 1938, the police arrested more than 130 men of Jewish religion from Freiburg and the surrounding area and deported them to the Dachau concentration camp on November 11. In order to be released from this brutal concentration camp, those imprisoned usually had to sell off their assets and give up their businesses. Most of these shaven and tortured men returned home in December of this year.
On October 22, 1940, on the Jewish Feast of Tabernacles, CHASKEL FRANK was arrested once again and deported. Together with his wife Hertha he had to board the trains to the Gurs concentration camp. They probably did not know that their apartments and belongings were auctioned off as early as December 1940.
After two bitter years as a prisoner of the Nazis, CHASKEL FRANK was taken to the Drancy concentration camp, from where he was deported to Auschwitz on May 30, 1944, on convoy No. 75, one of the last convoys from the West to the East. There CHASKEL FRANK was murdered in the gas chambers of Auschwitz-Birkenau at the age of 60.