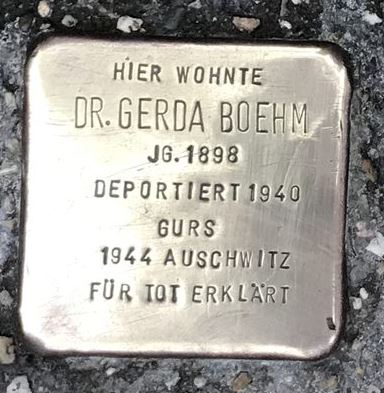 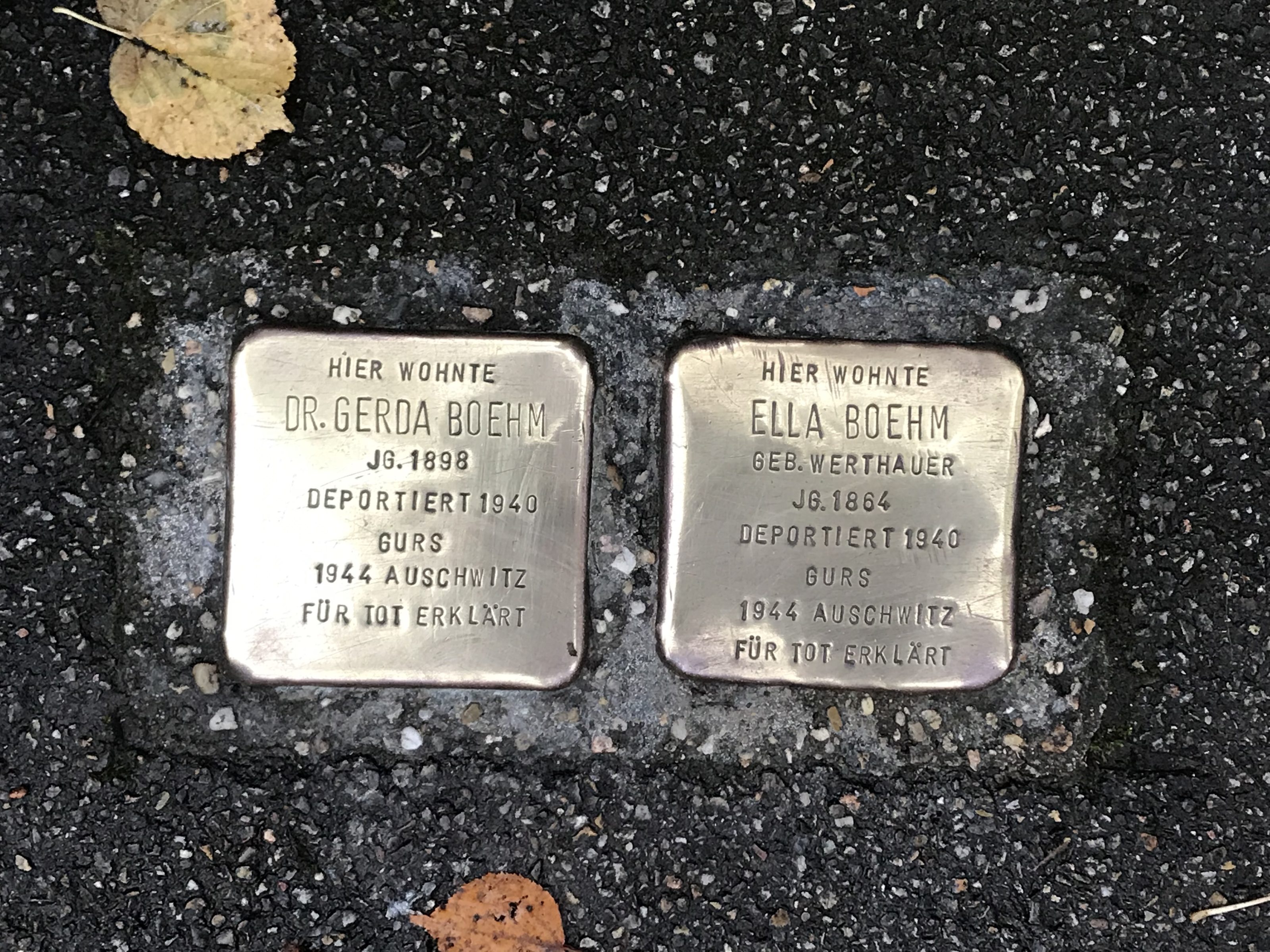 DR. GERDA BOEHM was born in Freiburg on November 12, 1898. Her parents were the university professor Dr. Georg Boehm (1854-1913), geologist and paleontologist, and ELLA BOEHM born WERTHEIMER. The pediatrician DR. GERDA BOEHM lived with her mother at Schwaighofstraße 12 in Freiburg-Wiehre until her arrest and deportation in 1940. But already in 1933 she lost her employment as a doctor – due to the so-called Nazi law „Zur Wiederherstellung des Berufsbeamtentums“.

Her brother Dr. Gundo Boehm was also a physician and worked at the Physiological Institute of the University of Freiburg between 1930 and 1933. He too was dismissed by the Nazi laws on April 1, 1933. As early as November 9, 1934, he fled to Switzerland and worked as a freelance, unpaid scientific assistant at various medical institutes and clinics of the University of Basel. As of November 1941, Dr. Gundo Boehm lost his German citizenship due to new Nazi Reich laws; he was now stateless. Dr. Gundo Boehm was able to survive the Nazi terror in Switzerland and became a Swiss citizen in 1977. He died there on June 15, 1990. The house of the Boehm family was to pass into a foundation after the death of the heiress Dr.Leuschner.

Although DR. GERDA BOEHM had long since converted to the Protestant faith, she was persecuted as a „Jew“ under the so-called „race laws“ of the National Socialists. On October 22, 1940, she and her mother were arrested. She was deported to the Camp de Gurs internment camp in the Pyrenees along with more than 350 Freiburg residents who had the Jewish religion or were considered Jews by the Nazis. After more than three agonizing years there, tormented by hunger, thirst, rats and lice, DR. GERDA BOEHM was deported to the Drancy concentration camp. From there, along with more than 1,000 prisoners, she was further deported to the Auschwitz concentration camp on March 7, 1944, in convoy No. 69. In the gas chambers of Auschwitz-Birkenau DR. GERDA BOEHM was murdered there at the age of 45.