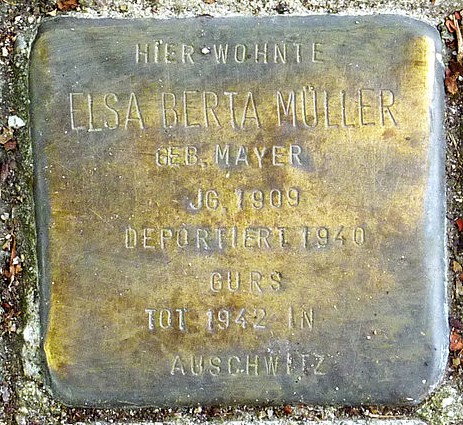 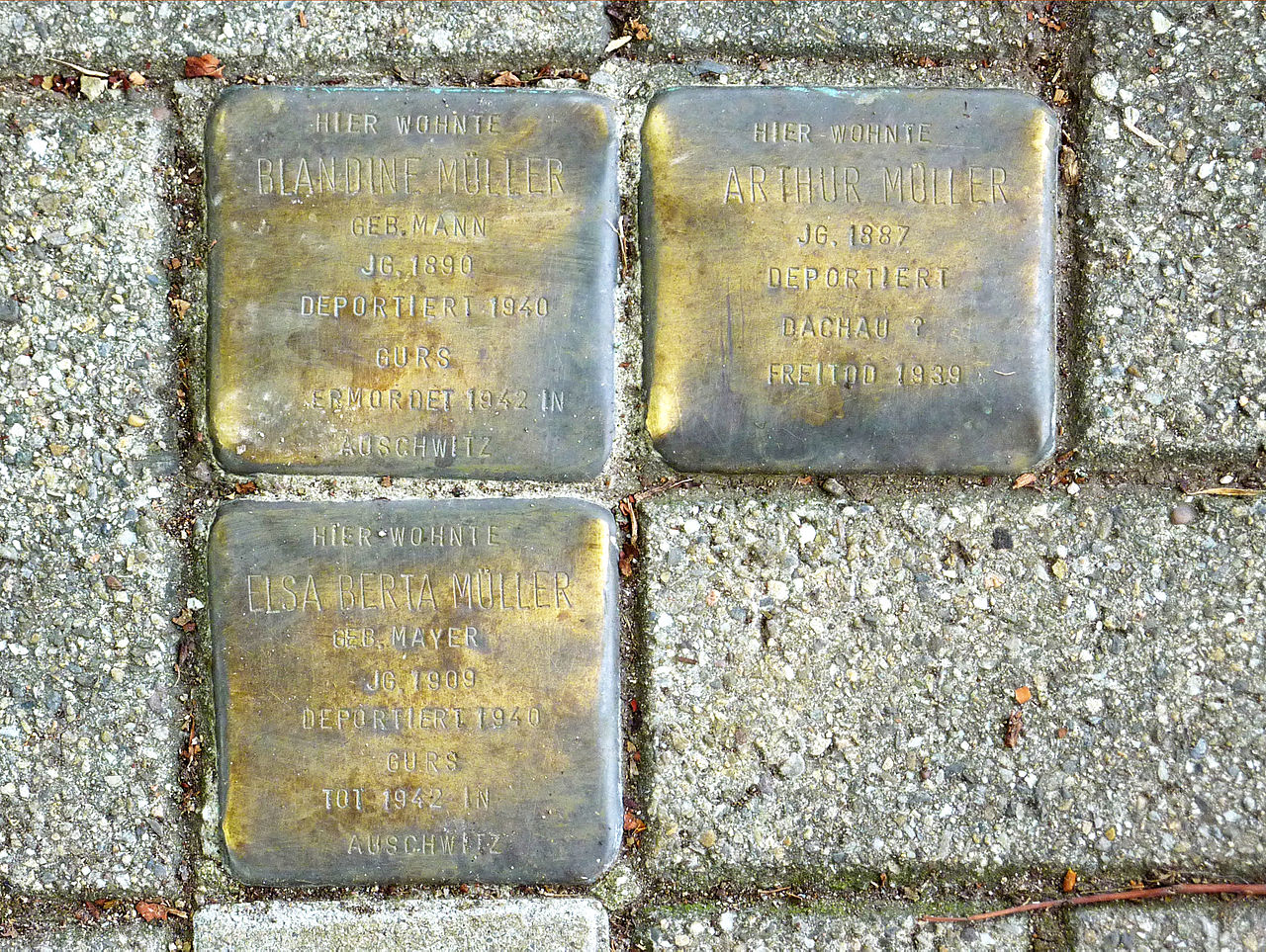 Elsa Berta Müller was born Elsa Berta Mayer on June 15th in 1909 in Emmendingen. She was married to Karl Müller. She moved from Emmendingen to Elsässer Straße 27, where relatives lived, Arthur and Blandine Müller and Kurt and Hildegard Müller. Elsa Berta Müller was a housewife. She was deported to Camp Gurs on October 22nd in 1940, together with her relatives and another 350 people from Freiburg. On August 6th in 1942, she was deported to the Drancy concentration camp. From there, she was taken to the Auschwitz concentration camp on convoy no. 28 on September 4th in 1942. She was murdered immediately after her arrival in the gas chambers of Auschwitz – 33 years old. Officially, she was declared dead.