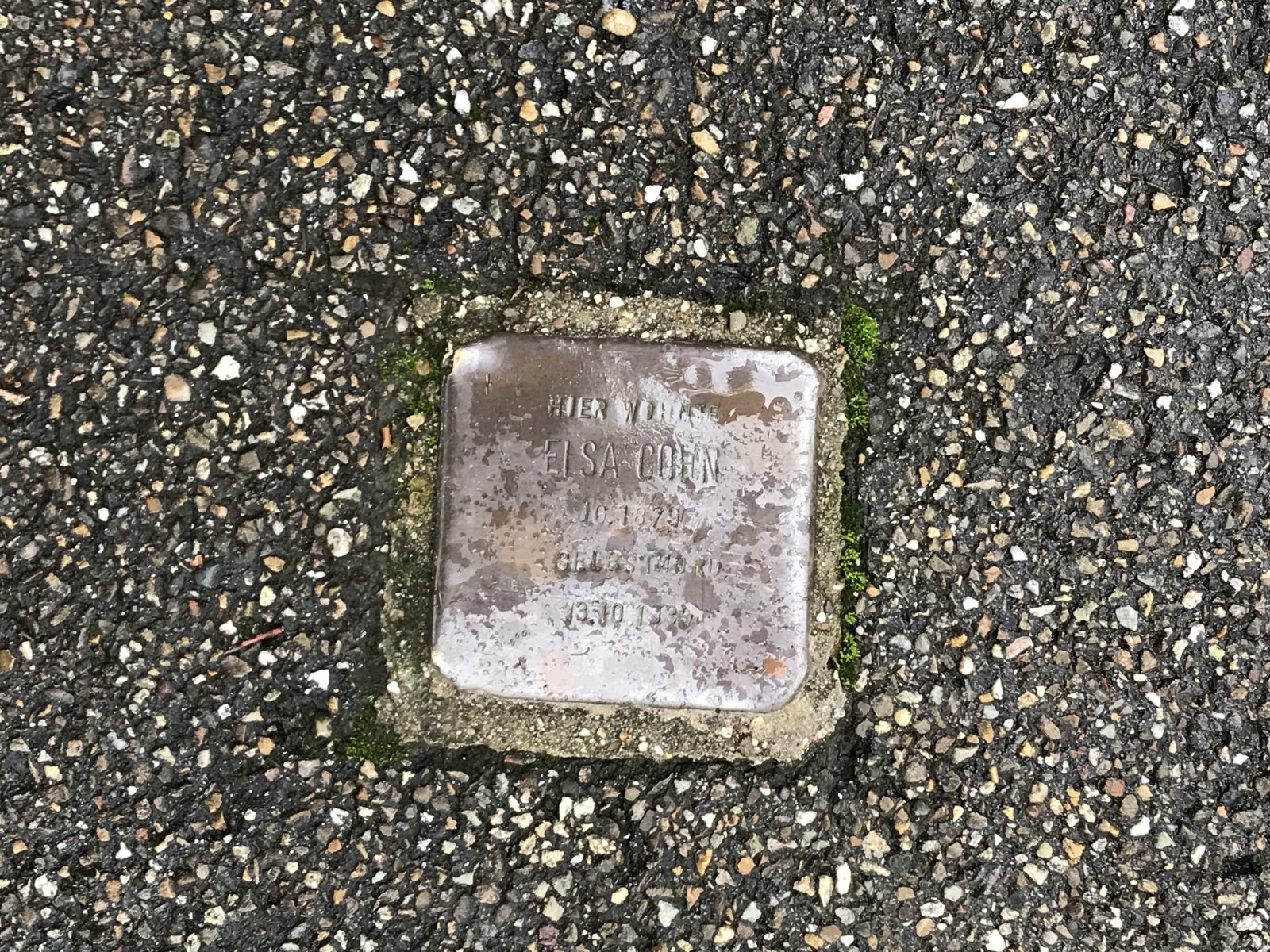 ELSA (or Else) COHN was born in Karlovy Vary on October 14 (or 15), 1879. She had Czech citizenship but later became German. As told by Renate Citron-Lais, who knew ELSA COHN, ELSA COHN was an exceptionally educated woman for that time. Through her family, she was wealthy. The family-owned a company in Frankfurt, and her brother paid her a generous pension. She suffered from a blood disease, which weakened her very much, and she had two domestic helpers. ELSA COHN was single. Her two sisters, Dorothea Dora (1889-1930) and Olga (1866-1935), died of natural causes. She loved her home at 4Lugostrasse, her childhood home. She lived there from 1923 to 1927. After that, she lived in rachstraße for more than seven and a half years. Then again, in the parental home. When ELSA COHN was forced by new Nazi laws on August 31, 1939, to leave the house in Lugostraße 4 for good in order to move again to Urachstraße, this time to number 33, ELSA COHN took her own life on October 13, 1939, one or two days before her 60th birthday.