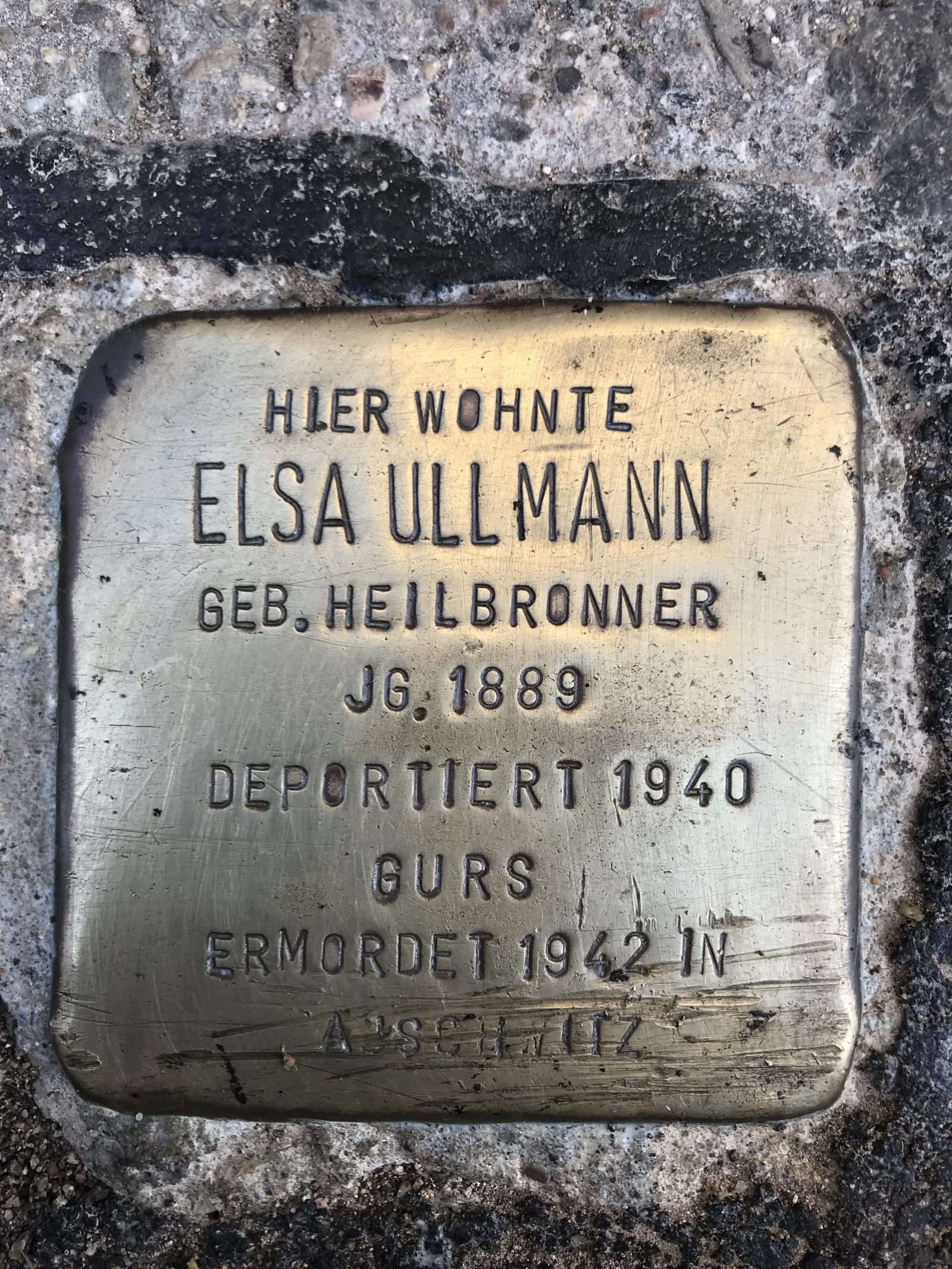 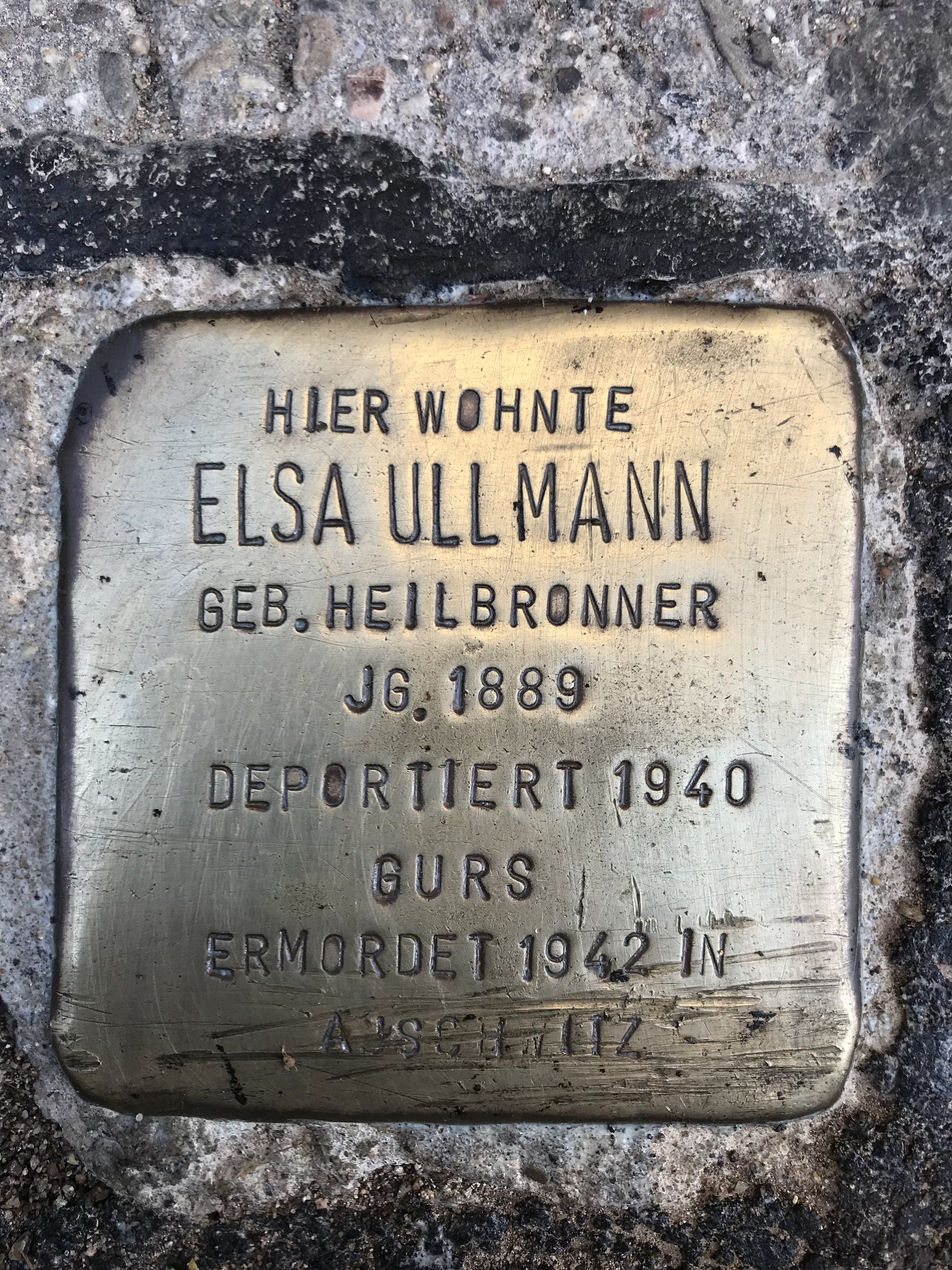 ELSA (also Else or Lise) ULLMANN was born in Emmendingen on 11 August 1889. Her maiden name was HHEILBRUNNER. She was married to the merchant OSCAR ULLMANN, who ran a leather shop in Freiburg. Together they had the daughter Irene (*14 February 1911). They lived at Erwinstraße 41a. From 1939, ELSA ULLMANN was registered as self-employed at Erwinstraße 87. The Nazis had arrested her husband on 10 November 1938 and deported him to Dachau concentration camp on 11 November. On 11 April 1939, Elsa Ullmann had to hand over all her assets.