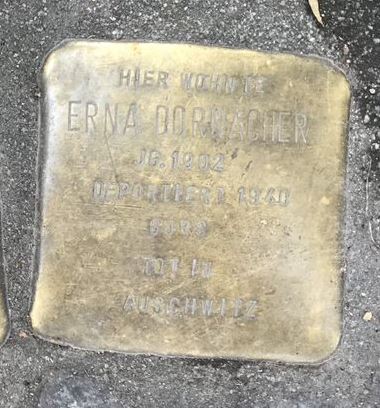 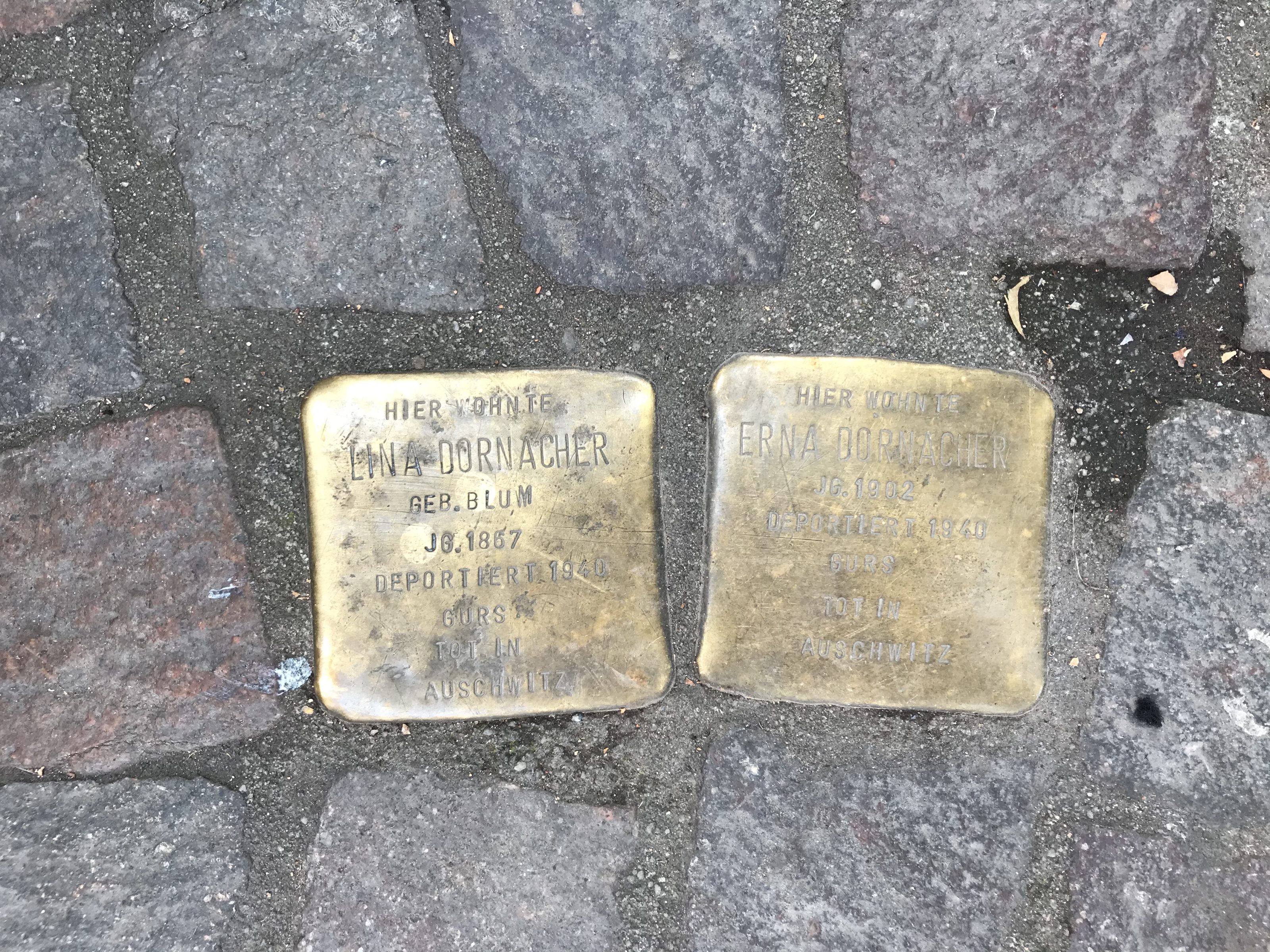 ERNA DORNACHER was born on August 9, 1902 in Eichstetten. The teacher was the daughter of LINA DORNACHER and Isaak Dornacher. She last lived with her mother at Bertoldstraße 26 in Freiburg, then Niemensstraße 25.

Mother and daughter were deported together with 350 other people from Freiburg to the Camp de Gurs on October 22, 1940. After almost two terrible years in the internment camp in the south of France, ERNA DORNACHER was deported to the Auschwitz concentration camp on August 12, 1942 with convoy No. 18, followed three months later by her mother. It is assumed that ERNA DORNACHER was murdered immediately after her arrival at the Auschwitz concentration camp at the age of 40. She was officially declared dead on December 31, 1942. The Stolperstein for her is located at Bertoldstraße 26 west of the building corner Niemensstraße.