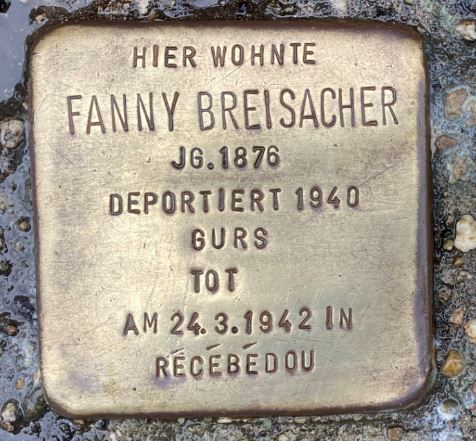 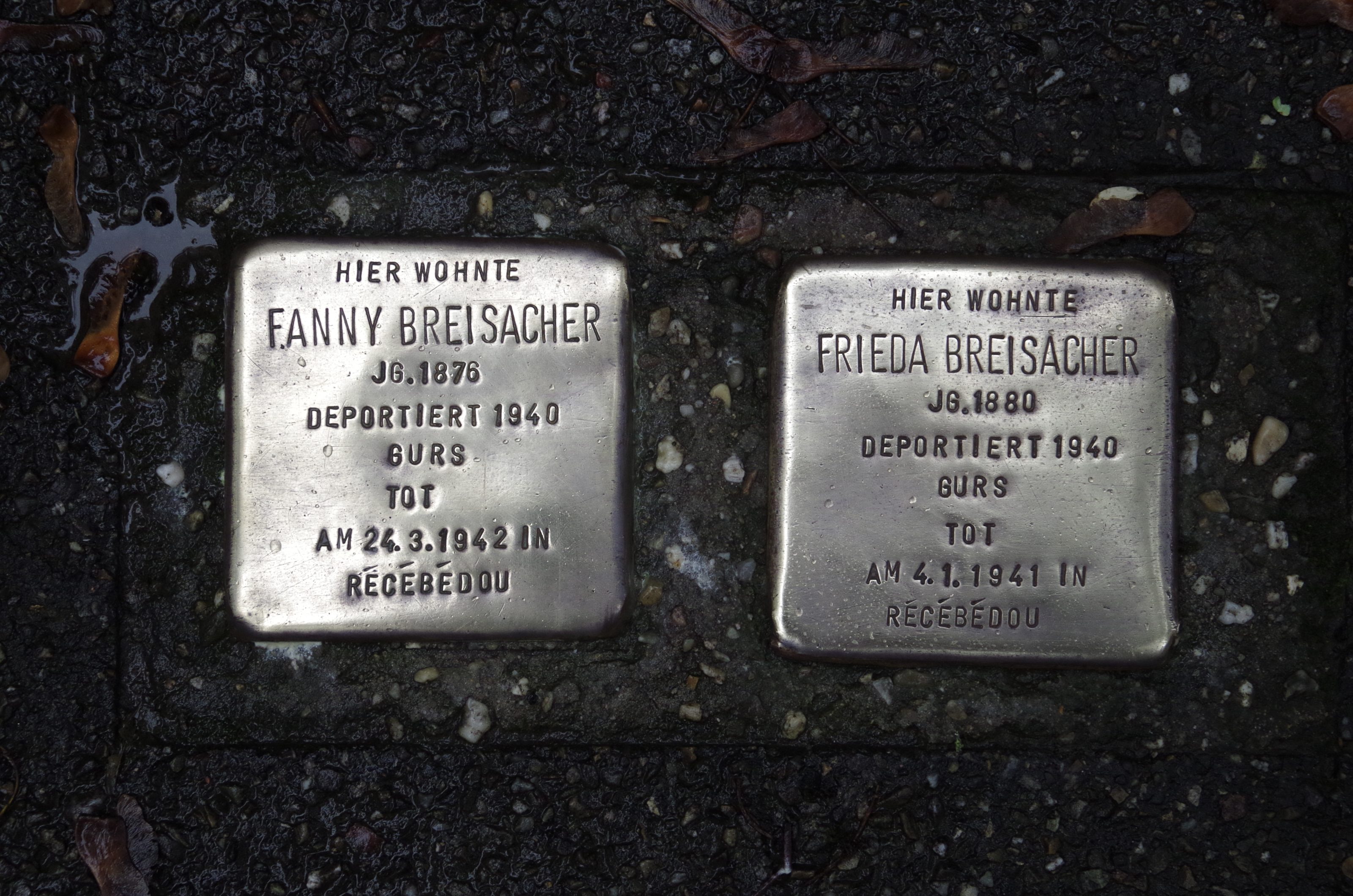 FANNY BREISACHER was born on April 26, 1876. Together with her sisters FRIEDA BREISACHER and Karoline Breisacher she is registered in Freiburg from 1925 in the Glümerstraße 31, where she also lived until her arrest. Her sister Karoline Breisacher died at Christmas 1938. From 1939 it became increasingly difficult for people of Jewish religion to live in houses of so-called „Aryan“ owners. Thus, various people of Jewish faith moved into the house at Glümerstraße 31.

On October 22, 1940, a day of the Jewish Feast of Tabernacles, FANNY BREISACHER was arrested, ordered to the assembly point of the Wiehre – Anna-Kirch-Platz – and then taken to the freight station and deported to the camp/camp Gurs in the south of France.

From there she was further transferred to the subcamp Récébédou. She was able to survive only 17 months under the inhumane camp conditions prevailing there and died on March 24, 1942. FANNY BREISACHER was 65 years old. A photo of her stumbling stone is on display in Récébédou, where there has been a memorial museum since 2004.