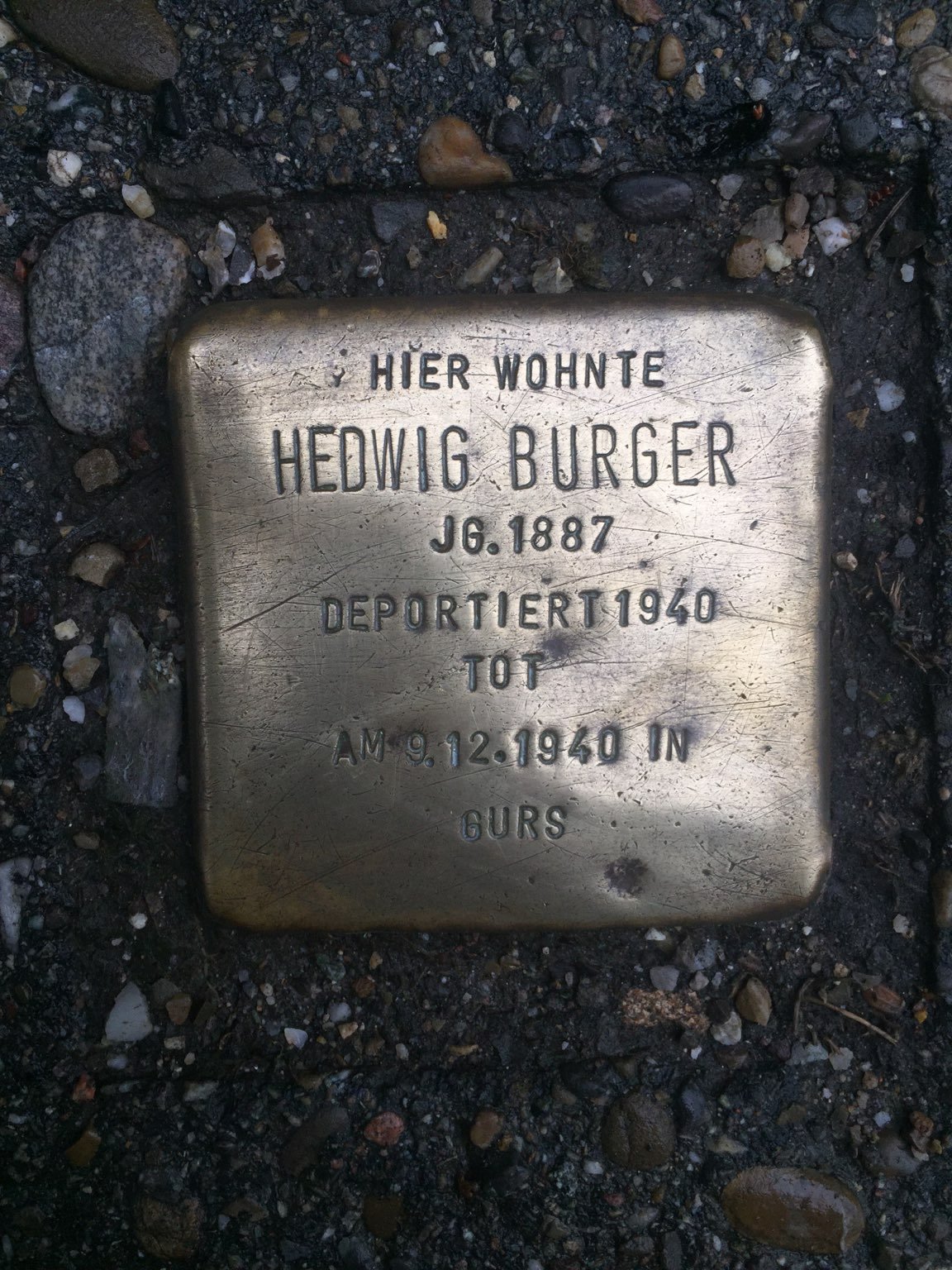 HEDWIG BURGER, together with more than 350 other prisoners, was deported from the Freiburg freight station to the Camp de Gurs internment camp. About the many internment camps in the unoccupied part of France, the so-called Vichy France, the „Vormeier List“ says: „The facilities of the camps … were more than inadequate, in part in a catastrophic condition, so that the accommodation of the new internees was partly carried out under the most inhumane conditions. … According to reports available so far (as stated in the police report from Karlsruhe of October 30, 1940, p. 13), the transports, consisting of 12 sealed railroad trains, arrived after a journey of several days in concentration camps at the foot of the Pyrenees in southern France. Since there is a lack of food and suitable accommodation for the mainly old men and women sent there, the French government, as far as is known here, intends to forward the deportees to Madagascar immediately after the opening of the sea routes.“

Due to the horrible camp conditions, as well as hunger, thirst and the miserable hygienic conditions as well as the lack of medical care, HEDWIG BURGER was already murdered in Gurs on December 9th of the same year at the age of 53. She was buried, like the other 1,100 dead of the first winter, in the camp cemetery belonging to it.