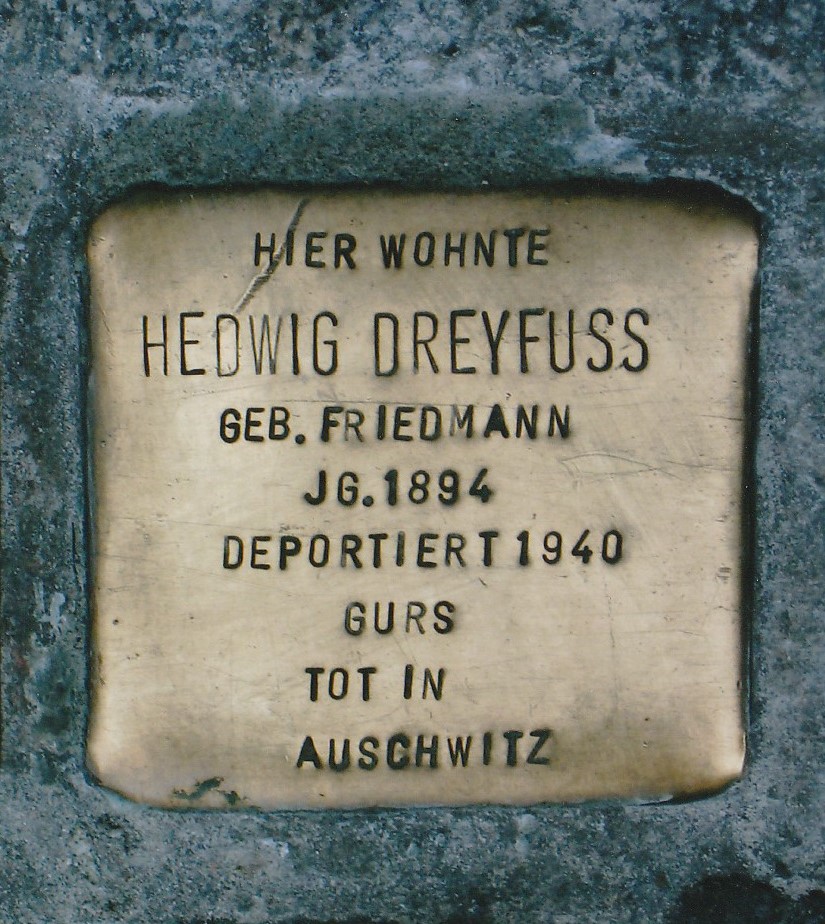 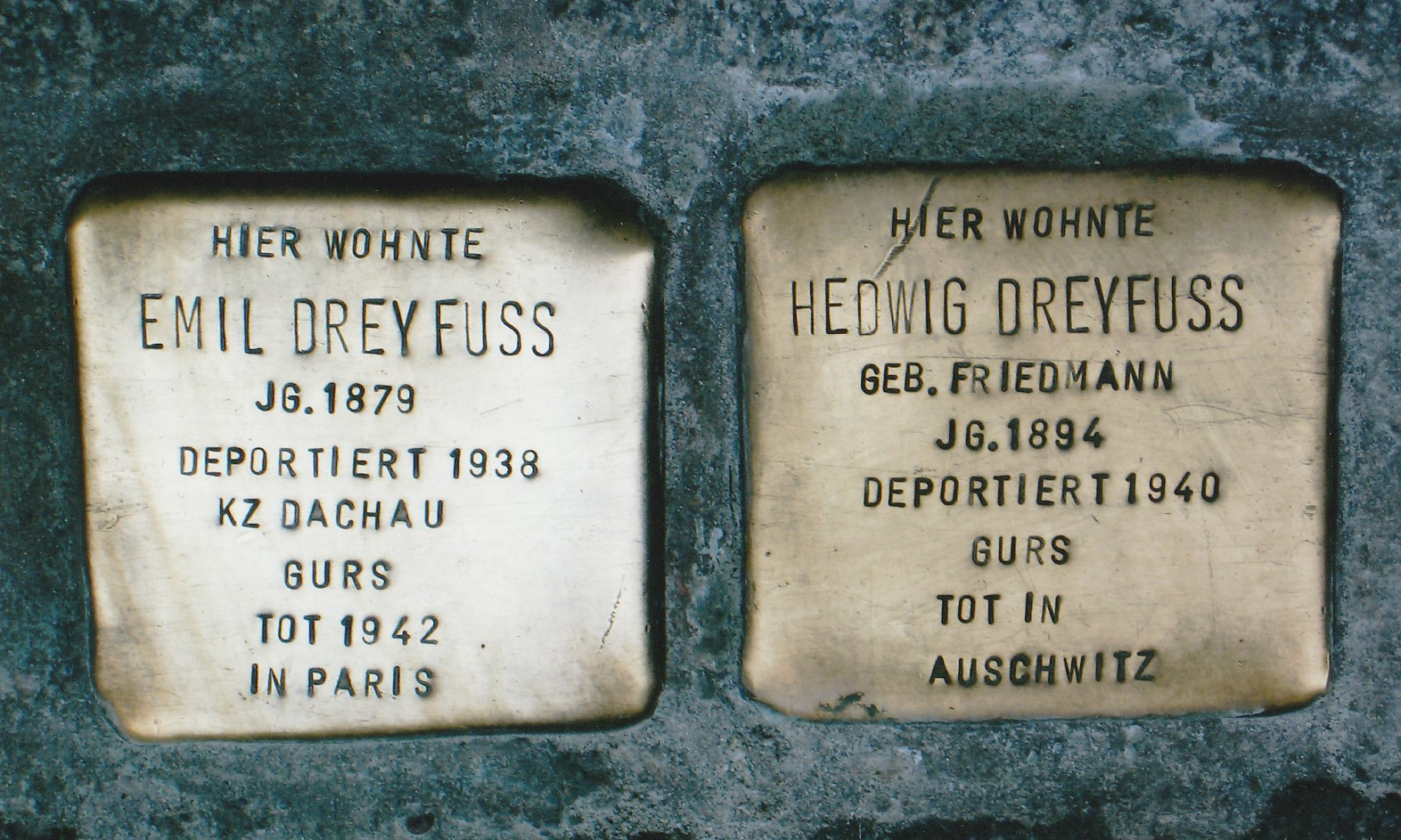 HEDWIG DREYFUSS (other spellings also possible) was born in Rastatt on May 3 or 4, 1894. Her maiden name was FRIEDMANN. She was married to the merchant and house broker EMIL DREYFUSS. Their daughter Margarete (also Grete) Dreyfuss was born on November 10 (or 30?), 1924.

On October 22, 1940, HEDWIG DREYFUSS was arrested together with her husband and daughter and ordered from Röderstraße 4 to the assembly point and escorted there by policemen. In a hurry they were able to pack one piece of luggage each weighing 50 kilos for the adults. For their daughter Grete they were only allowed to take luggage weighing 30 kilos. Everyone was to take complete clothing, a woolen blanket for each person, food for several days, and eating and drinking utensils. A maximum of 100 Reichsmark cash was allowed per person.

After a train journey of more than two days, the deportees arrived in the Pyrenean camp of Gurs on the evening of October 24, 1940. HEDWIG DREYFUSS had to live here for almost two years until she was deported to the Drancy concentration camp. From Drancy she was deported to the Auschwitz concentration camp on convoy No. 19 of August 14, 1942. She was murdered there, 48 years old.