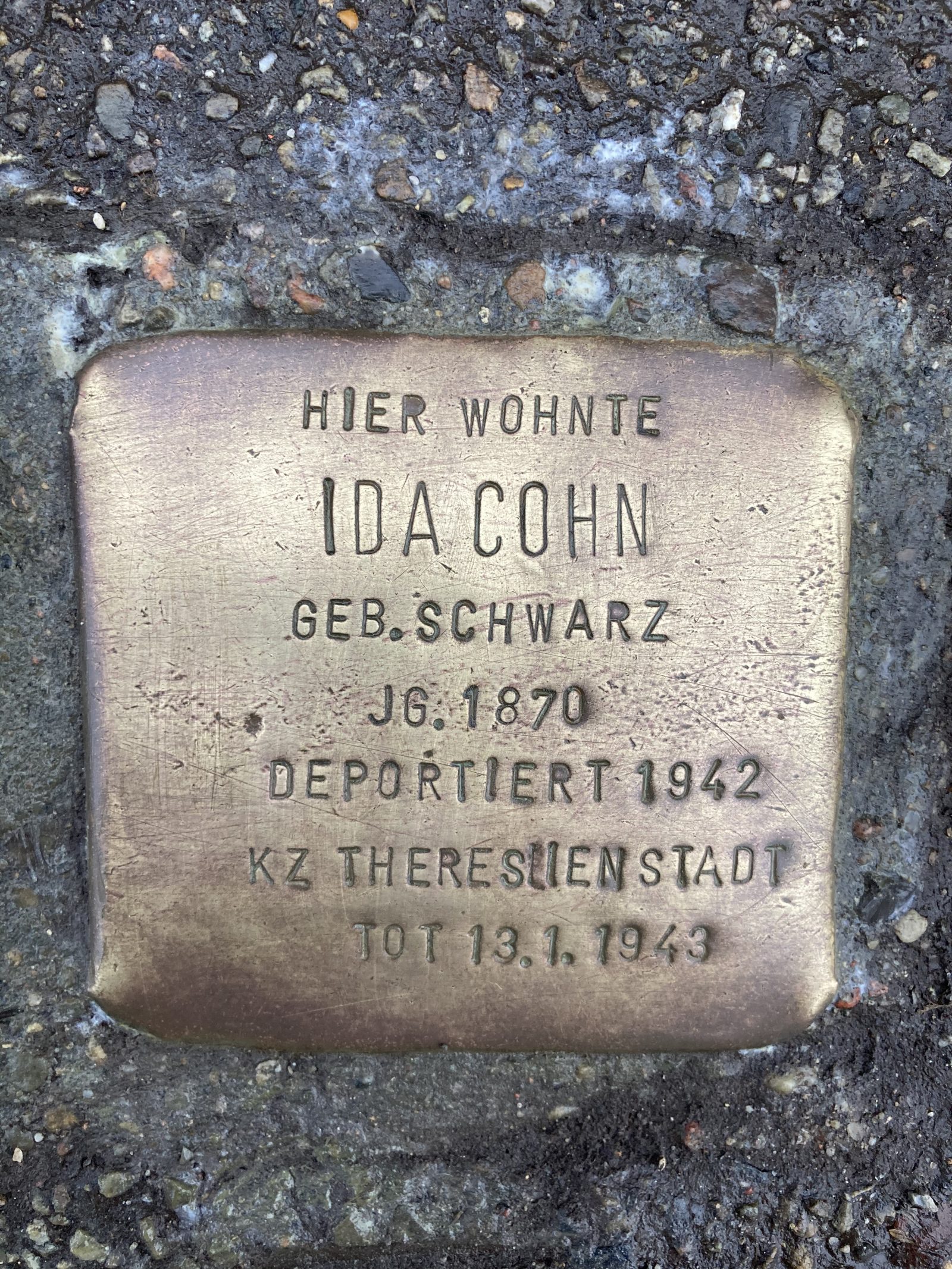 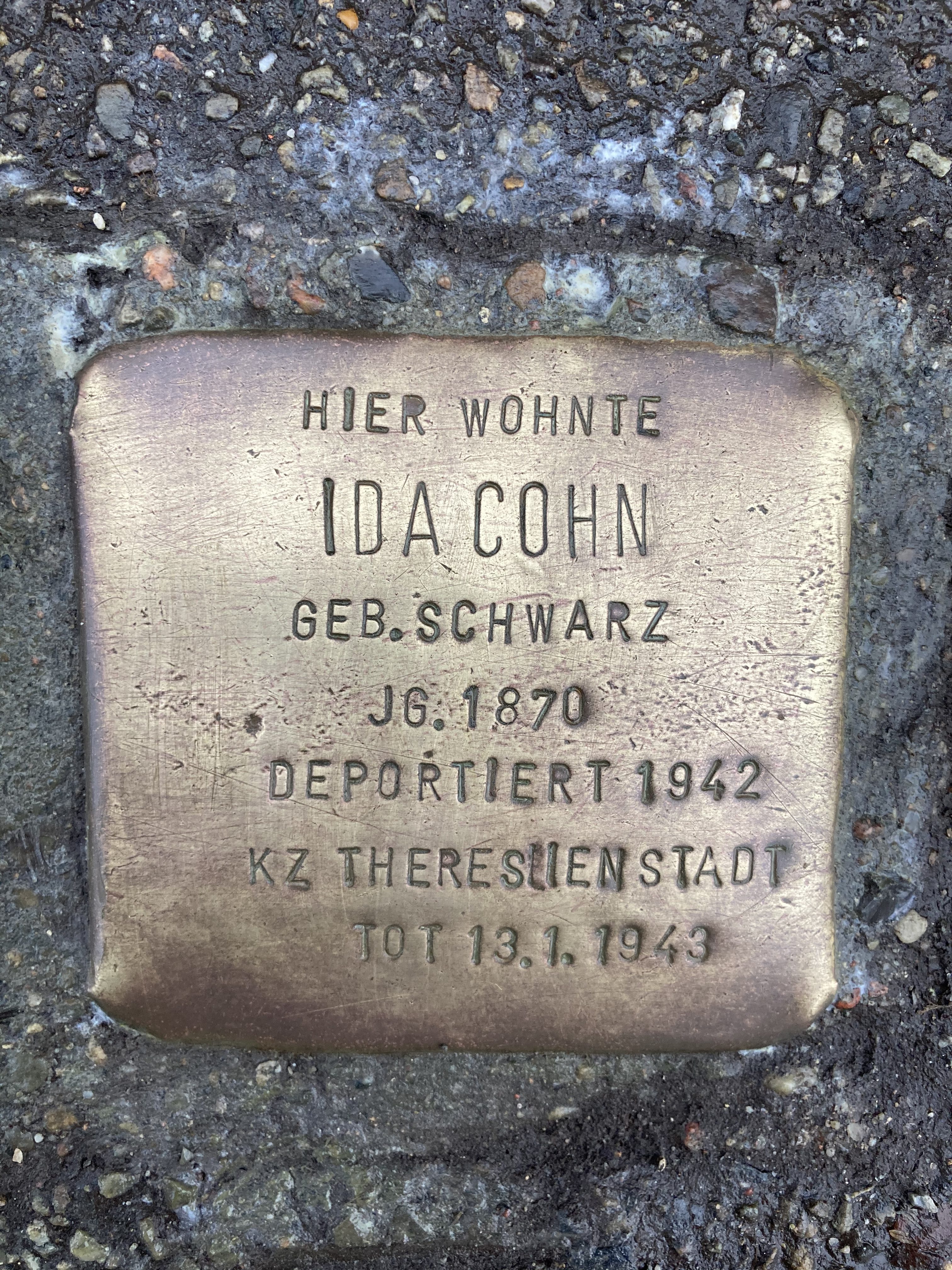 On August 29, 1870 IDA COHN was born as IDA SCHWARZ in Hallstadt/East Prussia.

From October 1, 1911 to April 4, 1935, IDA COHN and LOTTE BERNSTEIN ran the Jewish Daughters‘ Home with the state-approved Daughters‘ School at Goethestraße 3 in Freiburg. She must have moved several times: from 1911 to 1917, the addresses Belfortstraße 16, Ludwigstraße 51, Kunigundenstraße 3 and Goethestraße 3 are found. After IDA COHN was also forbidden by the Nazis from 1933 to continue her profession as a teacher, she had to experience further changes of residence. From 1935 to 1936 she was registered at Gartenstraße 6, as well as at Erbprinzenstraße 2 and Hildastraße 27. Most of the time IDA COHN and LOTTE BERNSTEIN moved together. In 1936/37 there were two more moves: to Werthmannplatz 1 and to Ludwigstraße 2.

On September 2, 1942, Ida Cohn was deported from Frankfurt to the concentration camp Theresienstadt on the deportation train XIl/2. There she died due to the horrible living conditions on January 13, 1943. She was 72 years old. A STOLPERSTEIN for IDA COHN was laid at the place where she lived in Wiehre, Goethestraße 3.