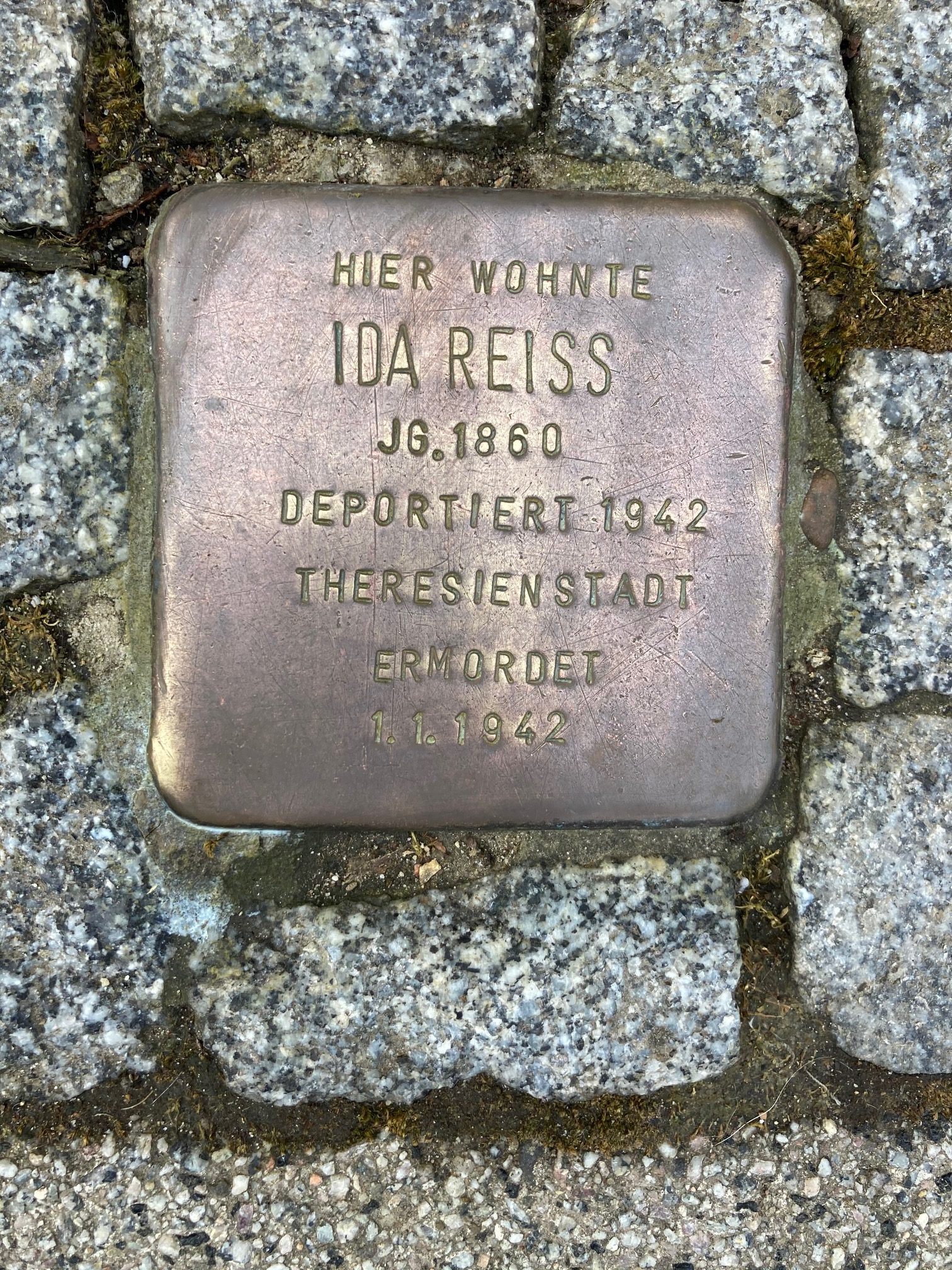 IDA REISS (also Reis or Reiß) was born on October 2, 1860 in Emmendingen. She was single. IDA REISS lived at Karlsplatz in Freiburg, on Schlageterstraße, which is now Erasmusstraße. In 1933 she lived at Karlsplatz 26 on the second floor. From 1934 to 1940 she was registered at Schlageterstraße 26, second floor. Her further fate: With transport XIII/1 she was deported from Freiburg via Stuttgart on August 22, 1942 to the concentration camp Theresienstadt, where she arrived on August 23, 1942. There she was murdered eight months later on April 1, 1943 at the age of 82 by the terrible conditions of this concentration camp.