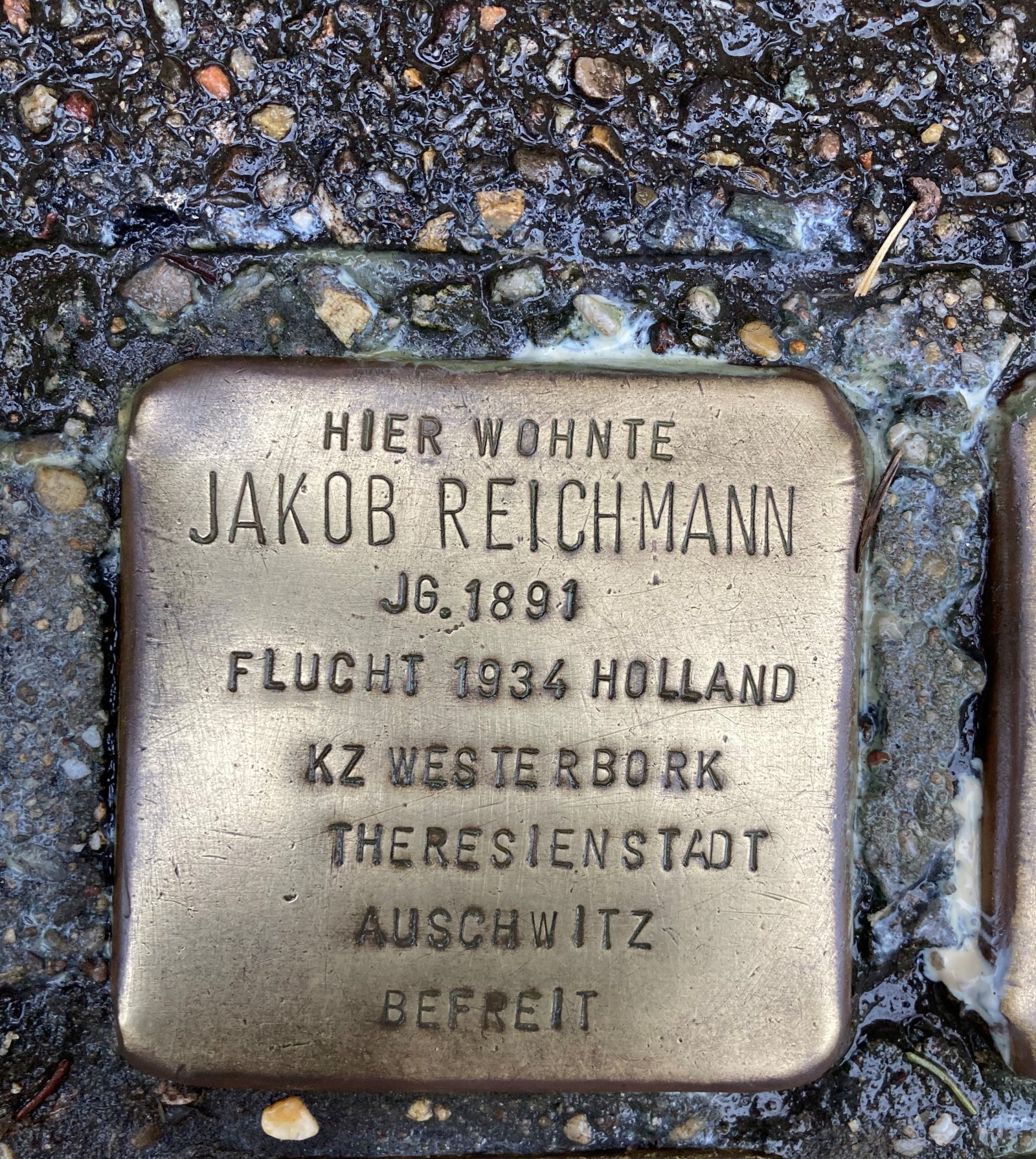 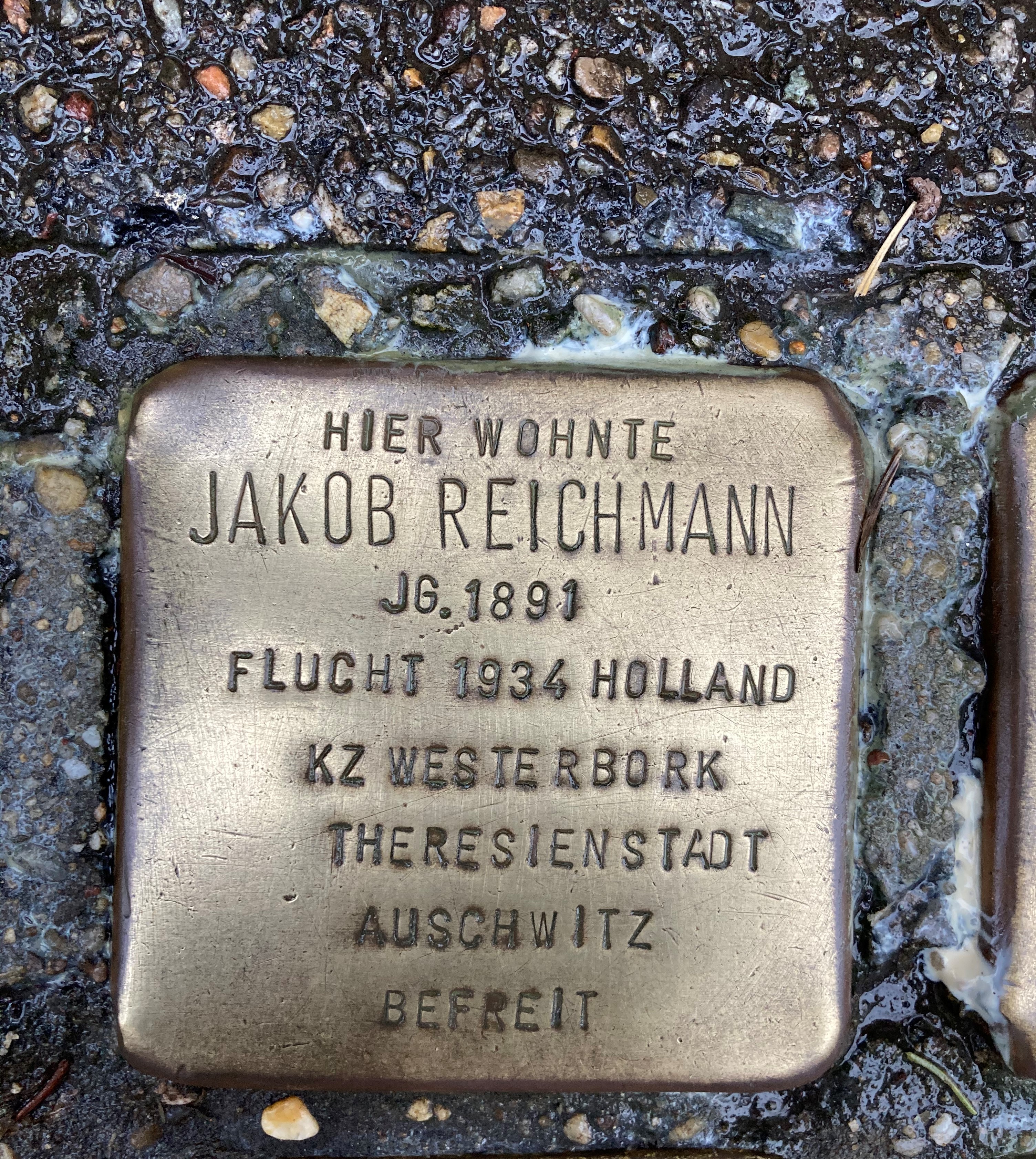 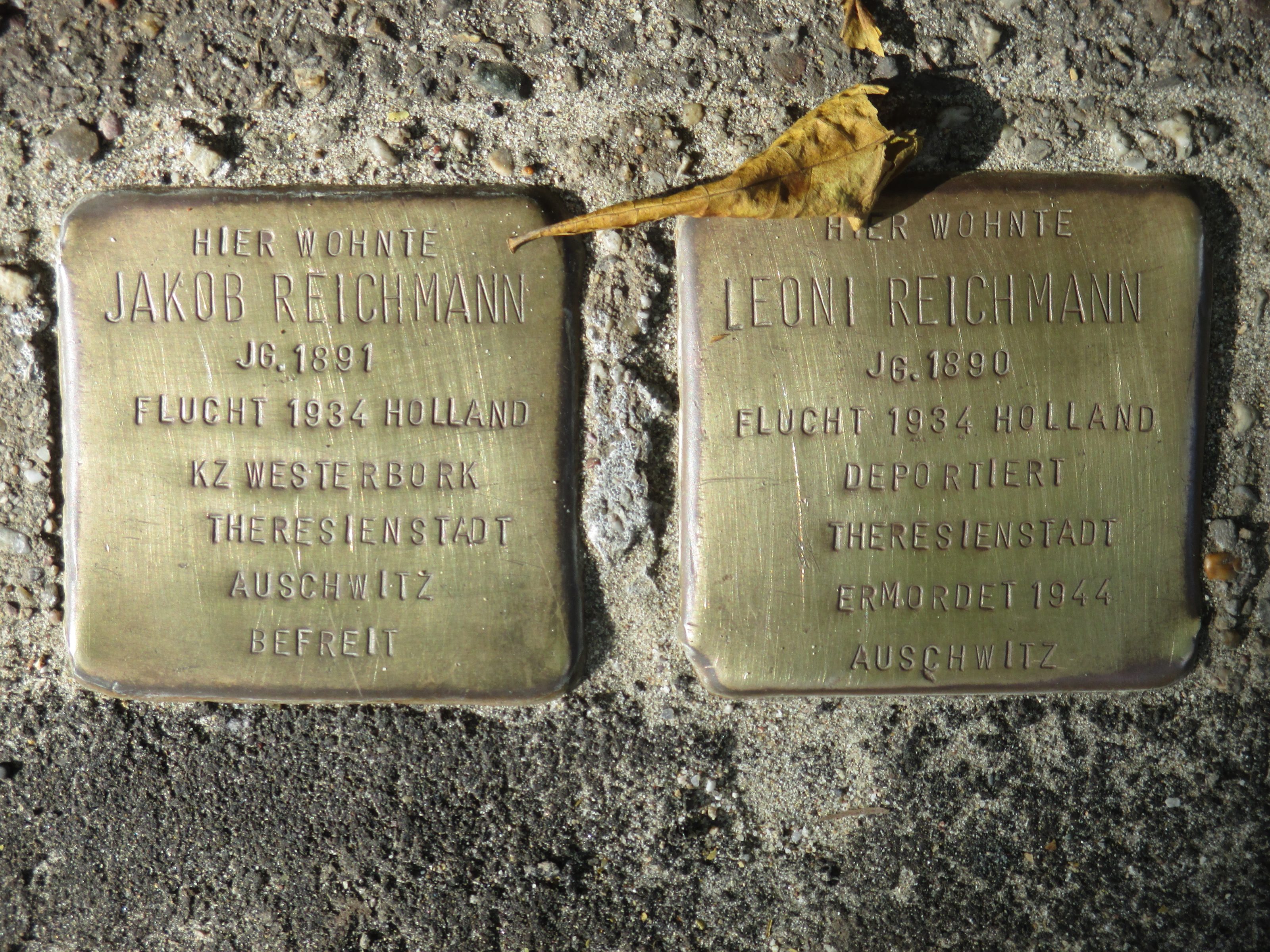 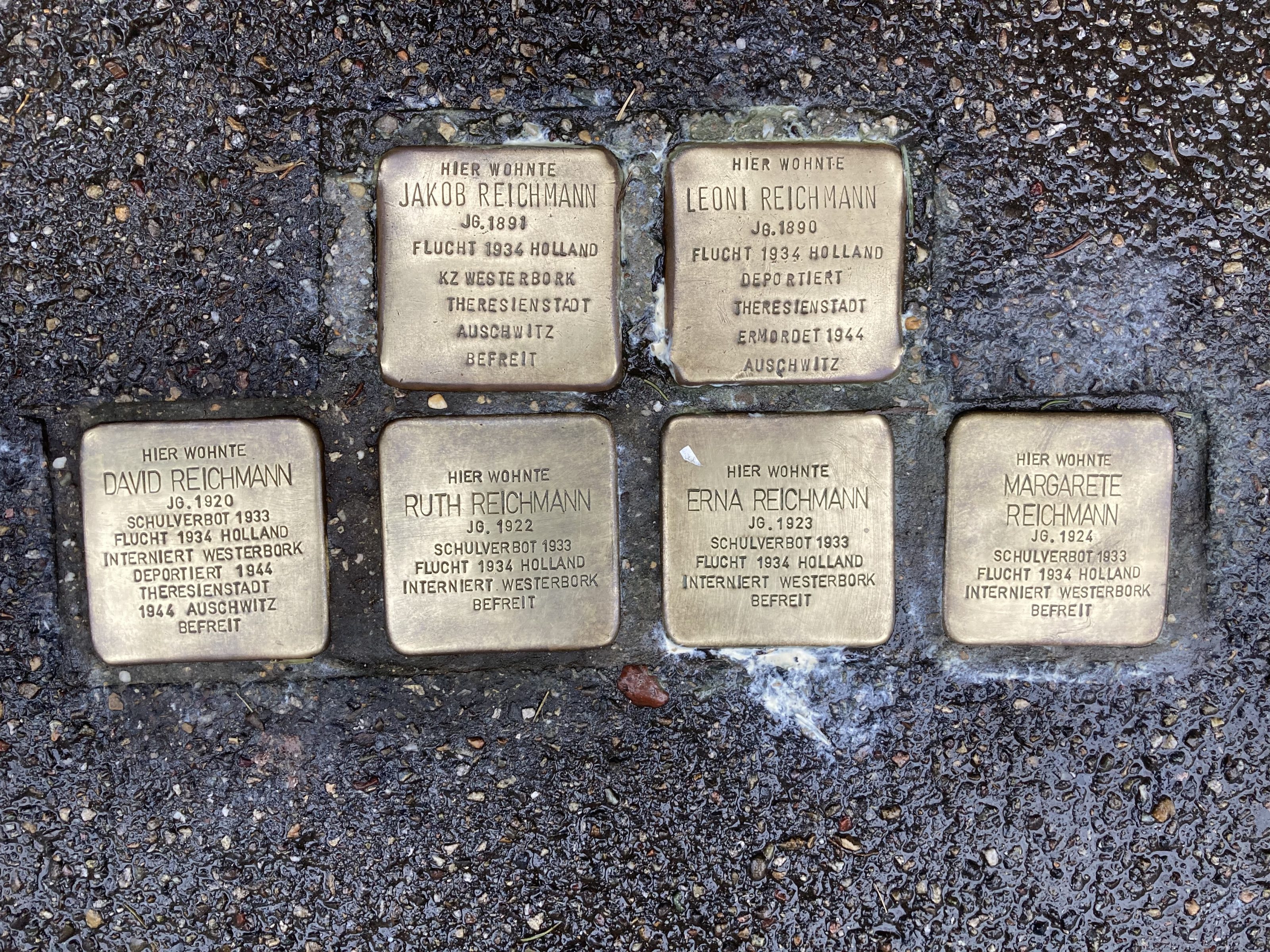 Jakob Reichmann was born on 6th February in 1891 in Witznitz (also Wiznitz) in Austria and was an Austrian citizen at least until after the Second World War. He lived in Freiburg since 1913 with changing addresses, for example in Belfortstraße 21, Agnesenstraße 2 and Wannerstraße 15.

Jakob Reichmann then went to Constance, but returned to Freiburg, now to Wannerstraße 15. He then lived at Moltkestraße 40, Merianstraße 25, Münsterplatz, Klarastraße 65, Universitätsstraße 1, Breisacherstraße 13 and finally at Scheffelstraße 26. Until 1932, the merchant ran a textile business at Universitätsstraße 1, after which Jakob Reichmann worked briefly as a commission agent. He then opened the shop Herrenkonfektion Reichmann at Scheffelstraße 26, which he ran until 6th February in 1934.

After the National Socialists forced Jakob Reichmann to give up his business, he fled to Holland with his wife Leonie Reichmann and their four children David, Ruth, Erna and Margarete. Since Holland had remained neutral in the First World War, many Jewish refugees hoped that they would be safe there. However, the Westerbork concentration camp, for example, already existed before the Germans invaded Holland. Around 700 Jewish people who had fled Nazi Germany were already interned there before the war began.

On 27th January in 1945, Jakob Reichmann was liberated by Russian forces in the Auschwitz concentration camp at the age of 54.