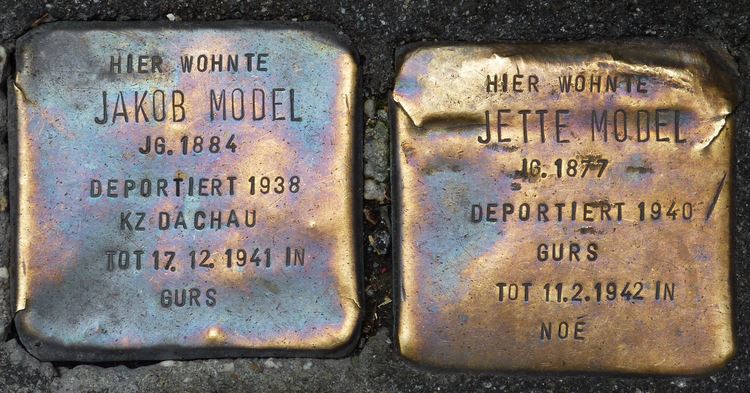 Jette Model was born on 7 October 1877. She was married to Jakob Model. They lived in the house at Konradstraße 17, where her husband’s cattle shop was also located. Jette Model’s name is found on the deportation list to Gurs under number 651. On 22 October 1940 she was arrested and taken to the Gurs concentration camp. After more than a year, she was further deported to the large external camp Noé and died there on 11 February 1942 at the age of 65.