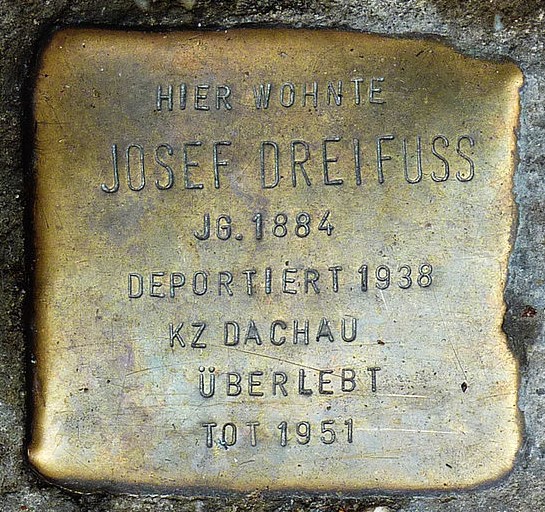 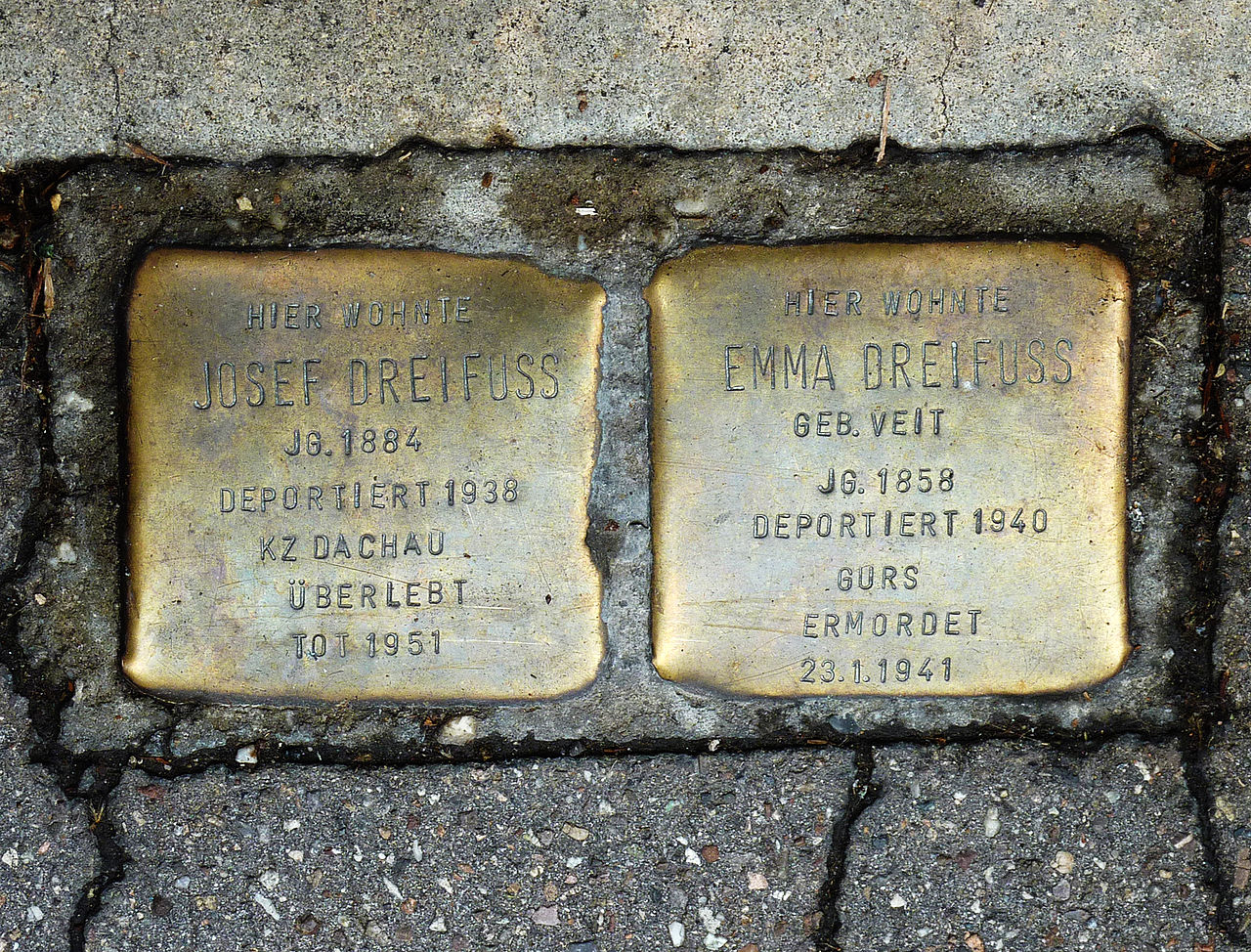 JOSEF DREIFUSS (also Dreyfuss or Dreyfuß) was single, merchant, traveler and owner of the Breisgau distillery Greilsheimer & Dreyfuß, which was located at Friedrichstraße 31 (today Friedrichring 31) from 1933 to 1939. He lived with EMMA DREIFUSS, to whom he was apparently related – she may have been his mother – on Friedrichstrasse.

From 1933 to 1938 he was a member of the synagogue council. After the Reich Pogrom Night in November 1938, JOSEF DREIFUSS was arrested and, like almost 120 other Jewish men from Freiburg and the surrounding area, was sent to the Dachau concentration camp via Freiburg Prison. There he was given prisoner number 22359. His forced surrender of assets took place on March 6, 1939, without which he would not have been able to leave the Dachau concentration camp.

He returned to Freiburg and immediately organized his escape. On September 24, 1939, he fled to Basel. On April 15, 1940, he was deprived of his German citizenship.

He died on April 23, 1951 at the age of 66. JOSEF DREIFUSS did not live in Freiburg again after the Nazi period.