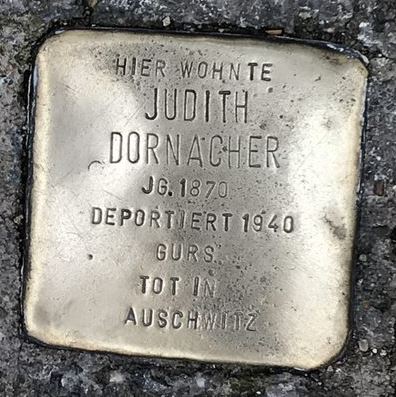 JUDITH (also Juditha) DORNACHER was born on September 22nd, 1870. She came from Lörrach and was registered in Freiburg at Moltkestrasse 10. She lived there with JULIUS DORNACHER. She was arrested on October 22, 1940 and deported to the Gurs internment camp. From there they were deported to the Drancy concentration camp. JUDITH DORNACHER was murdered in 1942 at the age of 72 in Auschwitz.