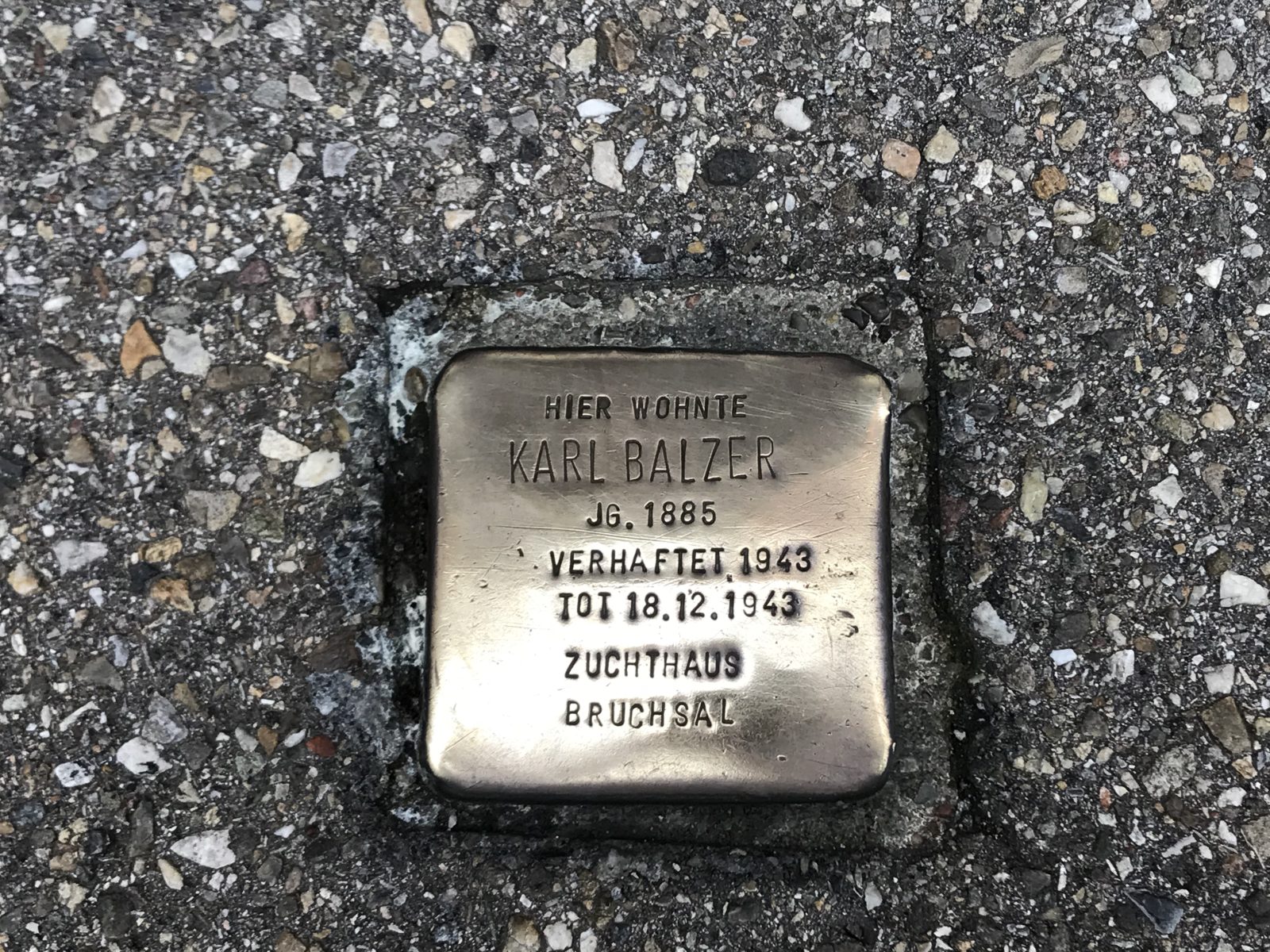 KARL BALZER was born in Freiburg on April 9, 1885. He was Catholic and a manual laborer by profession. He was married to Albertine Balzer, born Wagner. They lived together in Lehener Straße 14, House 3.

In the files of the Freiburg State Archives – the Sondergericht files – the fate of KARL BALZER stands out. The Special Court sentenced him under the business number So KLS 105/43 of October 7, 1943 A 47/1 Bd. 3 1660 for the theft of a pair of shoes to two years in prison and deprivation of his civil rights for a period of two years. The crime was committed – according to the verdict – on June 11, 1940. The defendant had to bear the costs of the proceedings. He had committed a crime against the „People’s Defence Ordinance“. „The beginning of the sentence is to be on 30.9.1943, expiration of sentence 29.7.1945, 24 o’clock.“

The documents relating to the sentence state the following:

KARL BALZER was labeled a serious criminal by the verdict of the special court (Sondergericht). No appeal could be granted against this verdict. KARL BALZER „died“ in the Bruchsal penitentiary two months after the start of his sentence at age 58, on December 18, 1943, at 1:45 p.m.