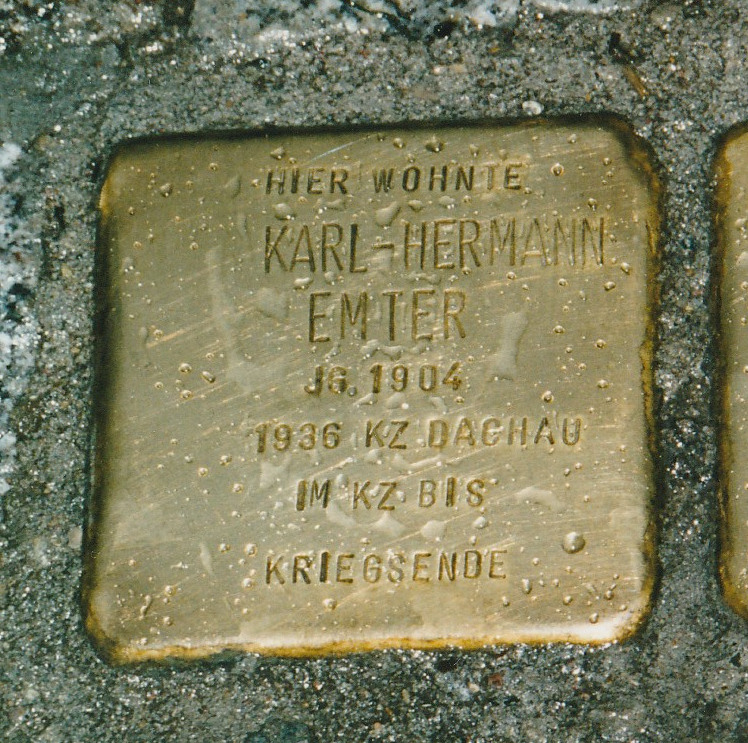 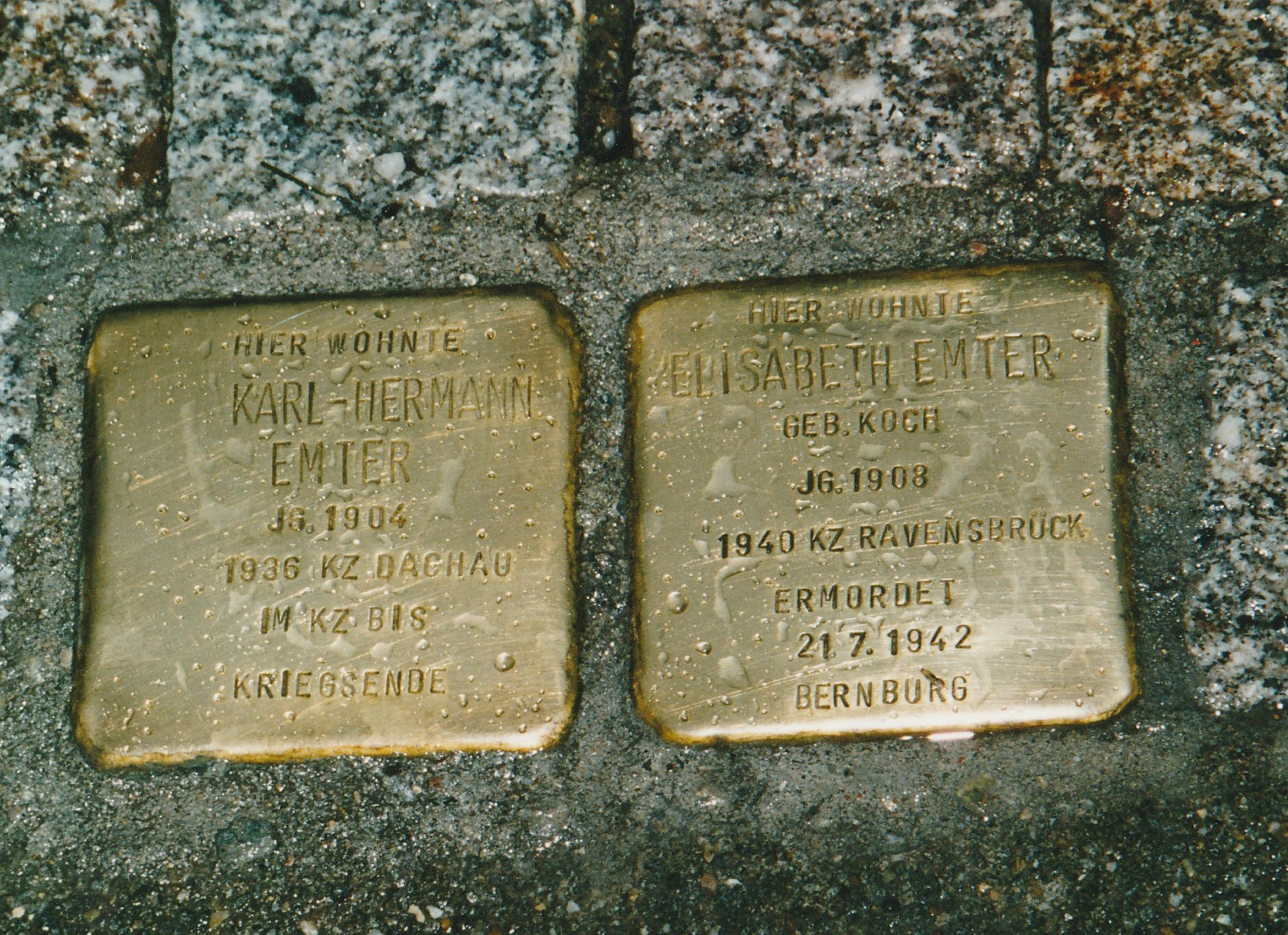 KARL-HERMANN EMTER was born in Hausen am Tann on April 7, 1904. By profession he was a master plasterer. He married ELISABETH EMTER and had two daughters and four sons with her.

The STOLPERSTEIN laid for him in July 2003 was the first STOLPERSTEIN for a person who had survived the Nazi terror. There were reservations, however: ELISABETH EMTER, his wife, received a STOLPERSTONE because she was murdered. Should KARL-HERMANN EMTER not receive a STOLPERSTEIN, although he had had to endure eight terrible years of concentration camp stay and had survived them? That would have been incomprehensible. HERMANN EMTER, the eldest son, tells about his father:

„He came back from the concentration camps an unbroken man. He and his wife had won a victory over the Nazis. He was the victor over the Nazis. He was a very good craftsman. In the concentration camp he was a Kapo. He always had a talent in people management, even later when he worked again as a master plasterer. He did manual labor in the concentration camps in halls and camps, he also did carpentry work. When he was to go on transport from Buchenwald – probably for deportation to Auschwitz – an SS man saw him and said, „You stay here!“ So he was often lucky. I also remember the return: a truck with a flatbed stopped in front of the house, since we lived with my father’s brother and grandmother. Father jumped from the truck. tanned but with a crooked nose – has been broken to him. His brother was lucky because of him, he didn’t have to become a soldier because he had to take care of ten children, four of his own and we six. When I was 25 years old, today I am 75 (2005, M.M.), I detached myself from the faith of the Witnesses. My opinion is: religion is the art of hammering a nail into a wall that does not exist.“ (Source 14)