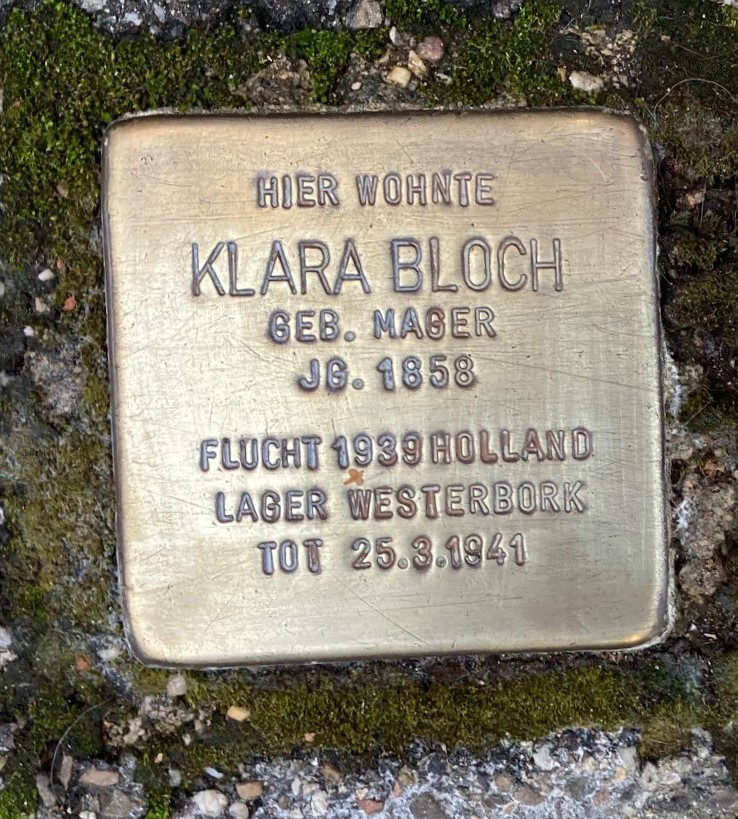 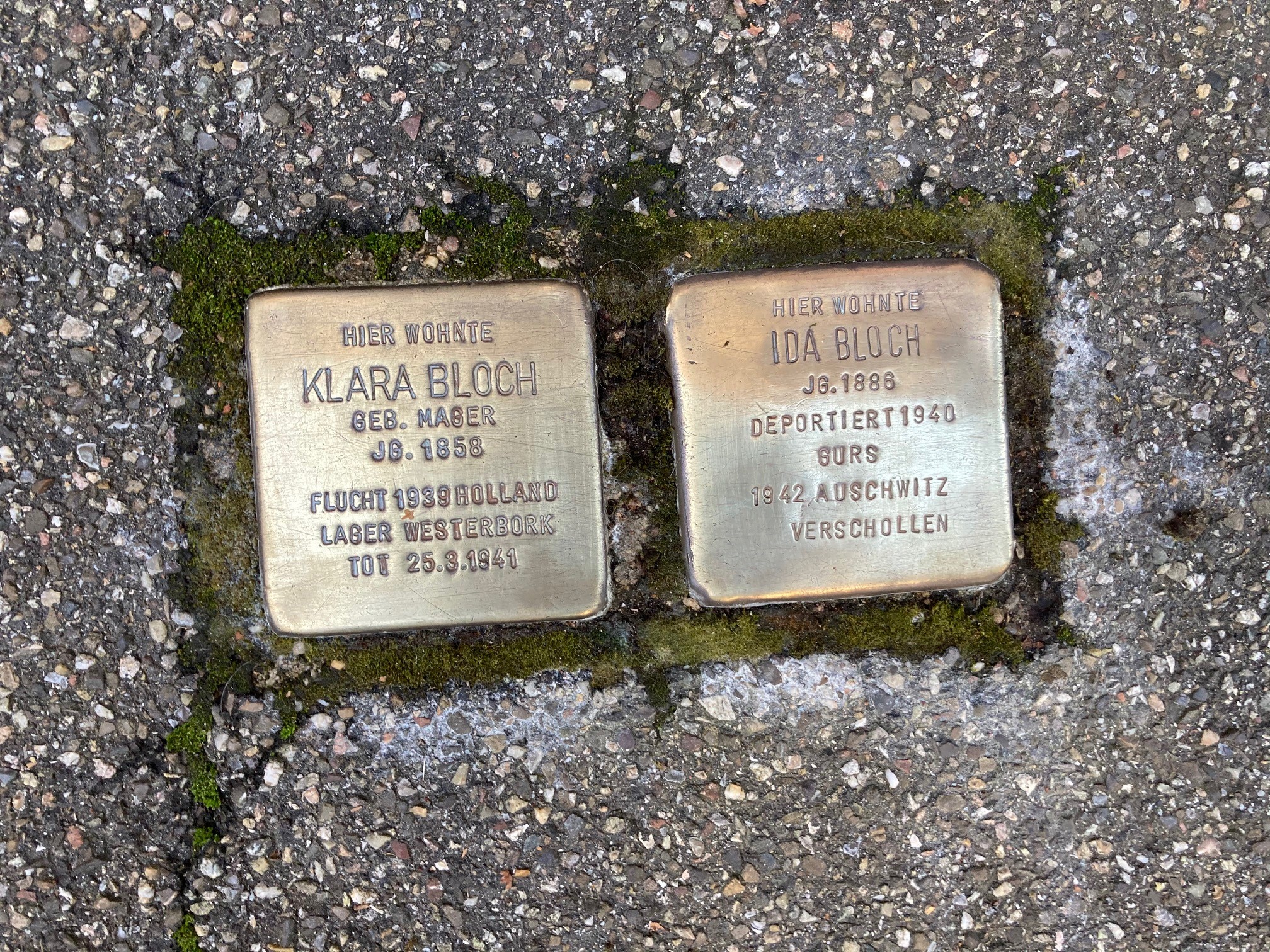 In 1939 KLARA BLOCH – 81 years old – fled from the National Socialists to the Netherlands. The Netherlands had remained neutral in the First World War and so many fugitives, probably also KLARA BLOCH, hoped that in case of another war it could stay that way this time too. But the Germans invaded the Netherlands. KLARA BLOCH, however, was caught, arrested and deported to the Westerbork concentration camp. There KLARA BLOCH was murdered on March 25, 1943 at the age of 85, due to the terrible conditions prevailing there.