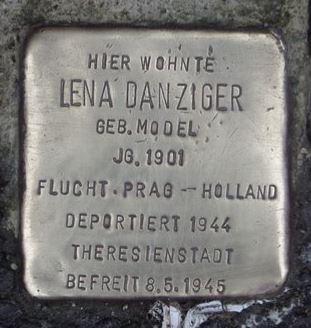 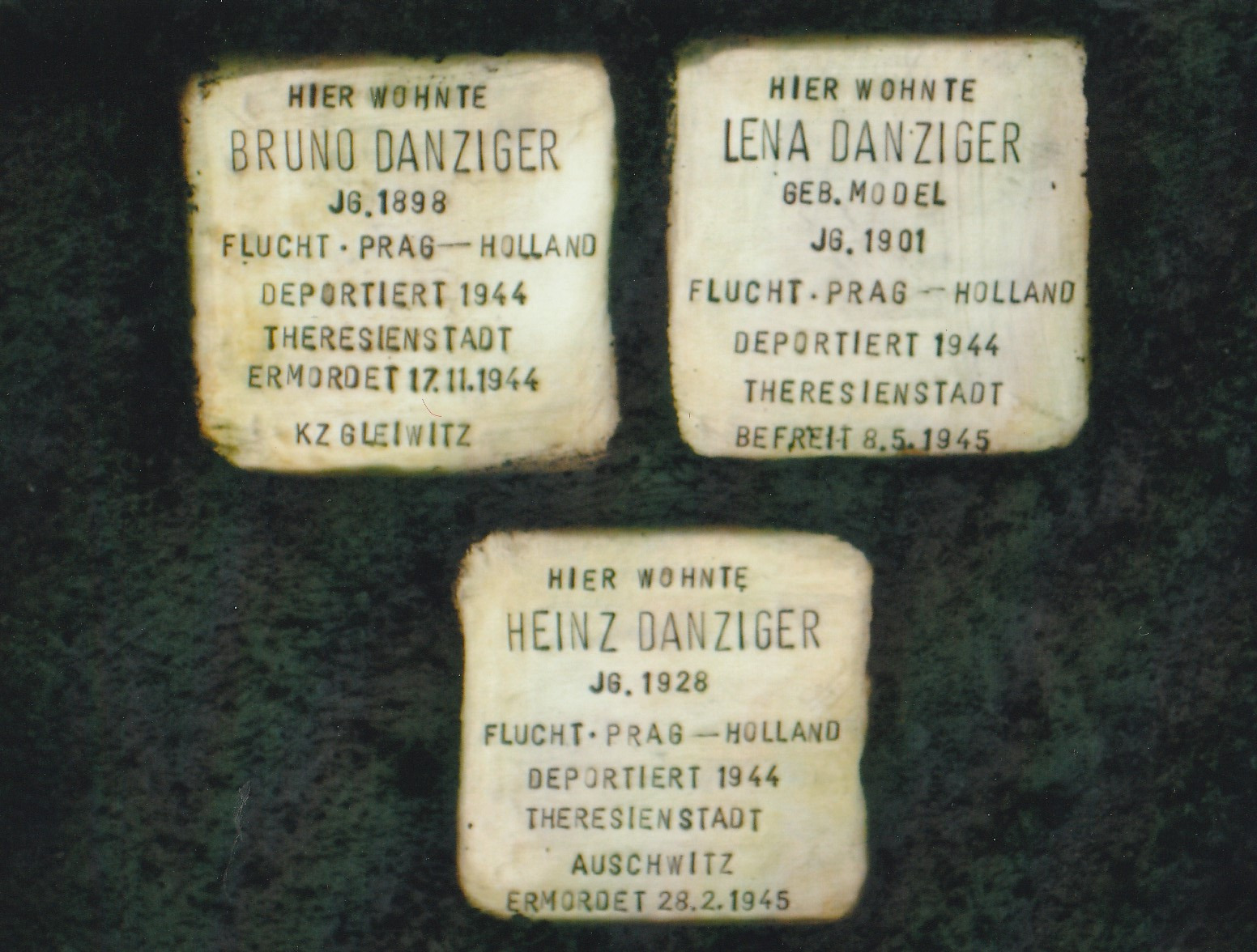 LENA DANZIGER GEB.MODEL, was born on June 16, 1901 (also possible June 10, 1901) in Lörrach. Her mother’s name was Johanna Model. LENA MODEL married the merchant BRUNO DANZIGER, who ran a radio and electrical wholesale business in Freiburg. Together they had a son HEINZ (Alfred) DANZIGER (*July 15, 1928).

On September 11, 1937, the family fled together to Prague in Czechoslovakia, which was still free. When the German soldiers occupied the Sudetenland on October 1, 1938 and Slovakia received autonomy status, the Protectorate of Bohemia and Moravia came into being under German occupation on March 15, 1939. The DANZIGER family had to flee again. They chose Holland, which had remained neutral during the First World War, and lived in hiding in Amsterdam from September 3, 1939.

Then in 1946, together with her 71 year old mother, who had also survived Terezín concentration camp, she traveled via the Netherlands to Malmö in Sweden. From there LENA DANZIGER emigrated to the USA in 1947.

BRUNO DANZIGER, her husband, and their son HEINZ DANZIGER were murdered in the Nazi terror.

LENA DANZIGER married in the USA a survivor of the cruel Nazi time. She died on February 20, 1979 at the age of almost 78.