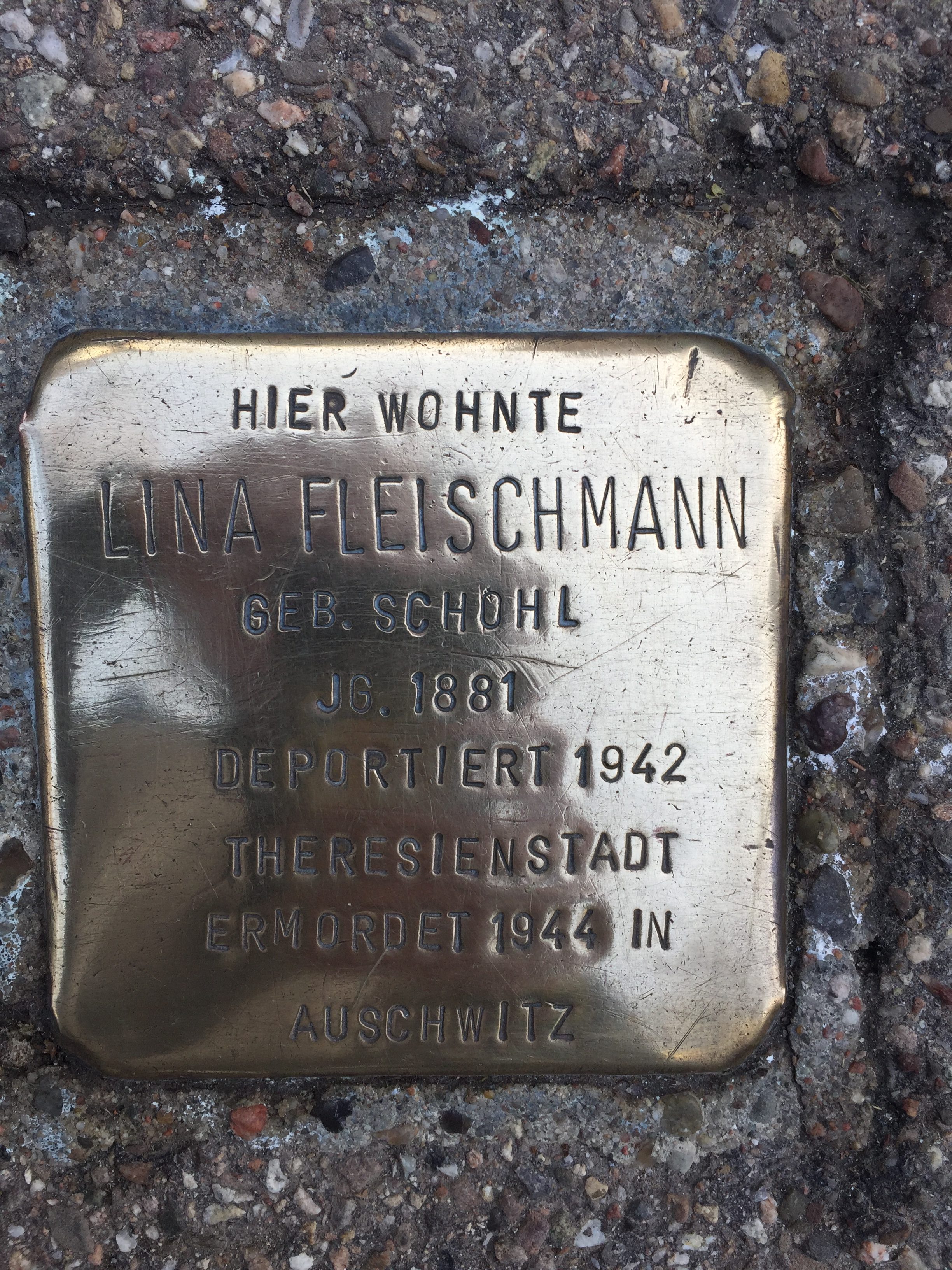 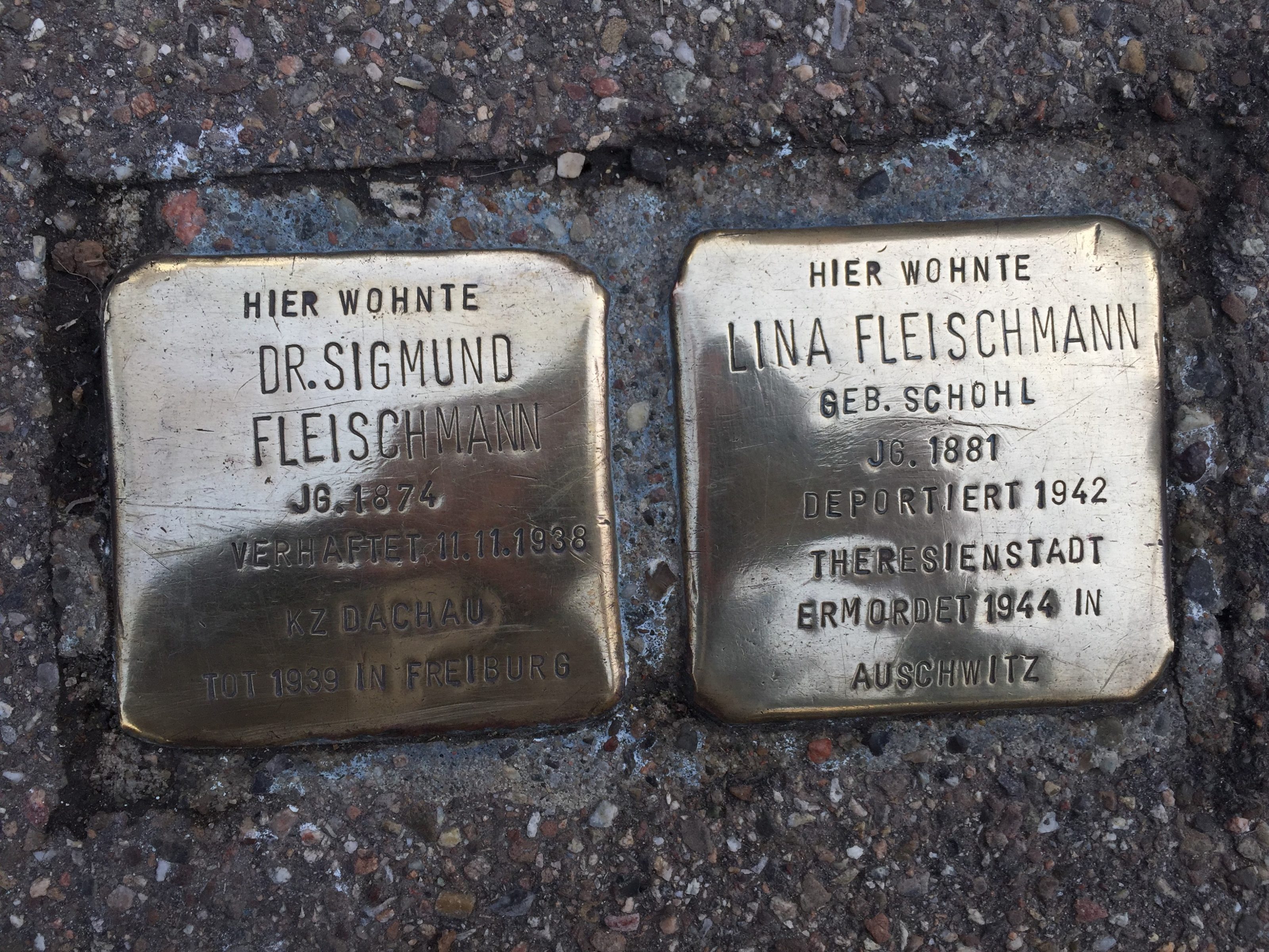 LINA (Karolina Bertha) FLEISCHMANN née SCHOHL, was born on December 25, 1881 in Pirmasens. She was later married to PROF. DR. SIGMUND FLEISCHMANN, with whom she had a daughter.

LINA FLEISCHMANN was arrested in Freiburg during the Nazi era and deported to the concentration camp Theresienstadt via Stuttgart on August 22, 1942, together with five other Freiburg women from the „Juden-Haus“ Ludwigstraße 32, on transport XIII/1-997.

There she again met Else Pripis, who had been deported from Cologne to the concentration camp Theresienstadt. This young woman had already met LINA FLEISCHMANN during the Nazi terror in Emmendingen. There, on LINA FLEISCHMANN’s behalf, she had sewn the trousseau for Fleischmann’s daughter, who had managed to escape from the Nazis. Else Pripis, née Geismar, who before her apprenticeship as a seamstress was a student at the Jewish compulsory school in Freiburg and now lives in Jerusalem, describes LINA FLEISCHMANN as a very sympathetic and warm-hearted woman.

However, she had already been very ill when she was deported on May 16, 1944 from the concentration camp Theresienstadt with the transport Ea 1936 (a so-called „old people’s transport“) to the concentration camp Auschwitz. Else Pripis therefore doubts that the elderly woman could have survived the deportation alive at all. Officially, the date of her death is December 31, 1944. She would have been 63 years old then.