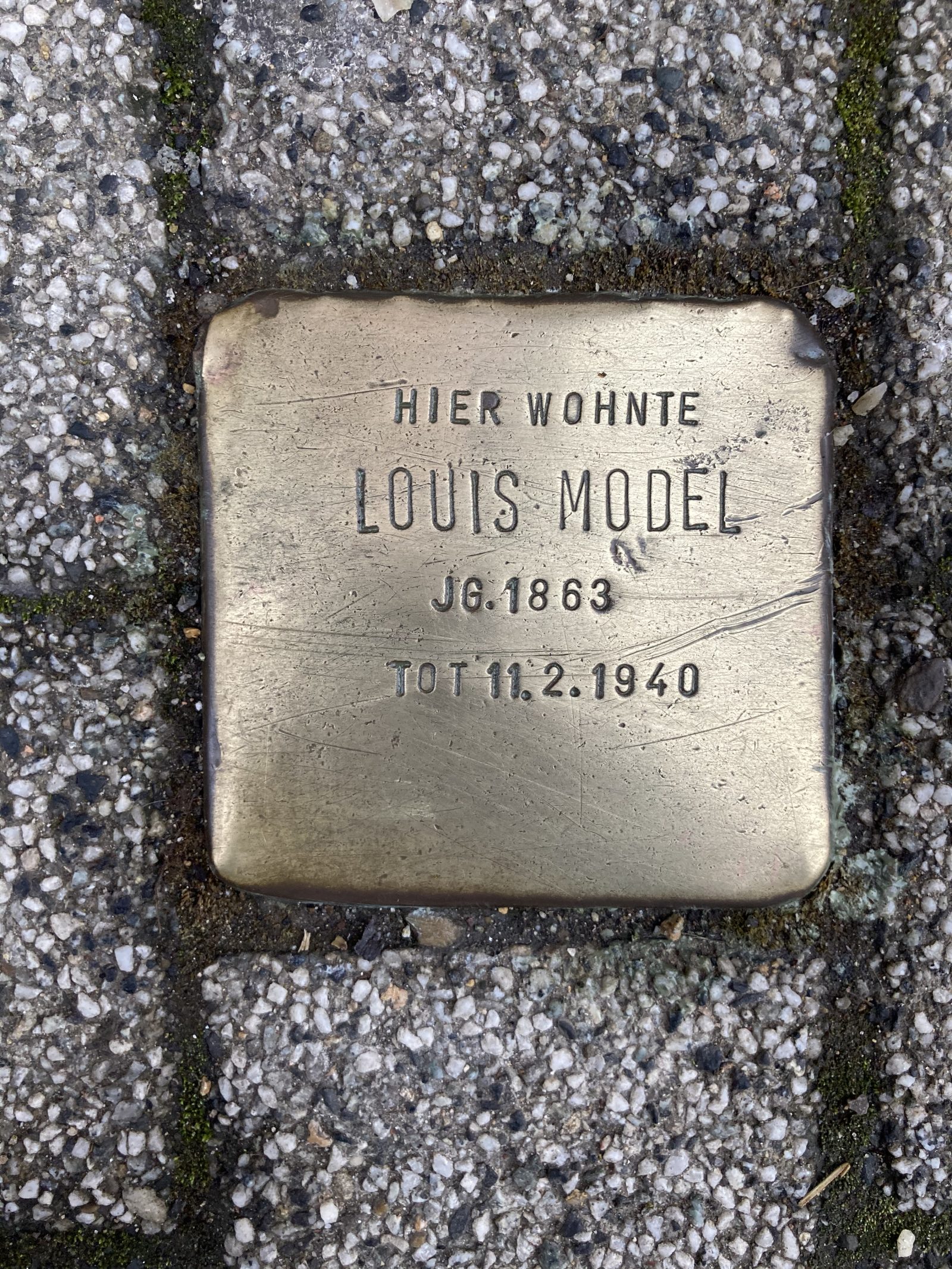 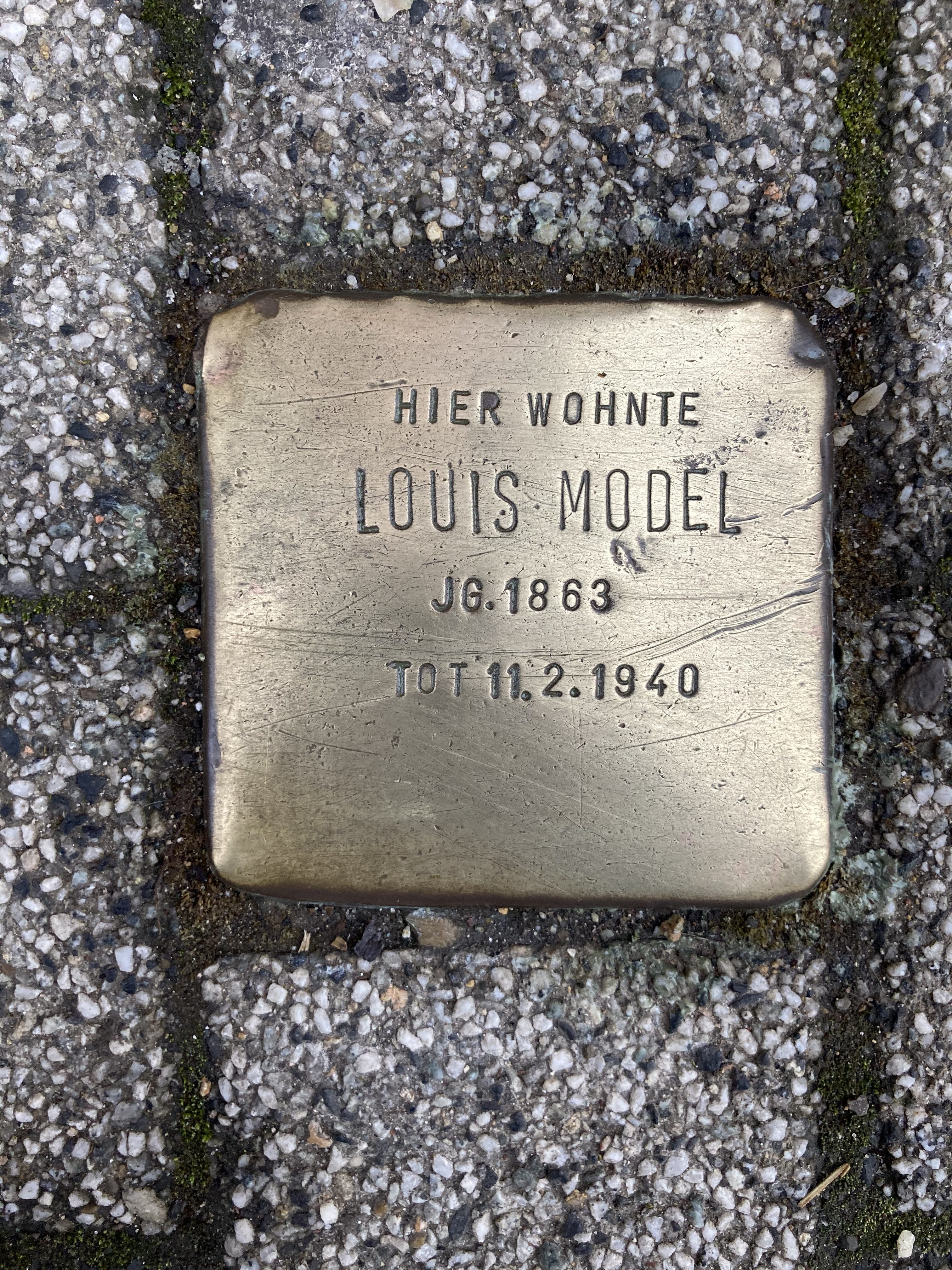 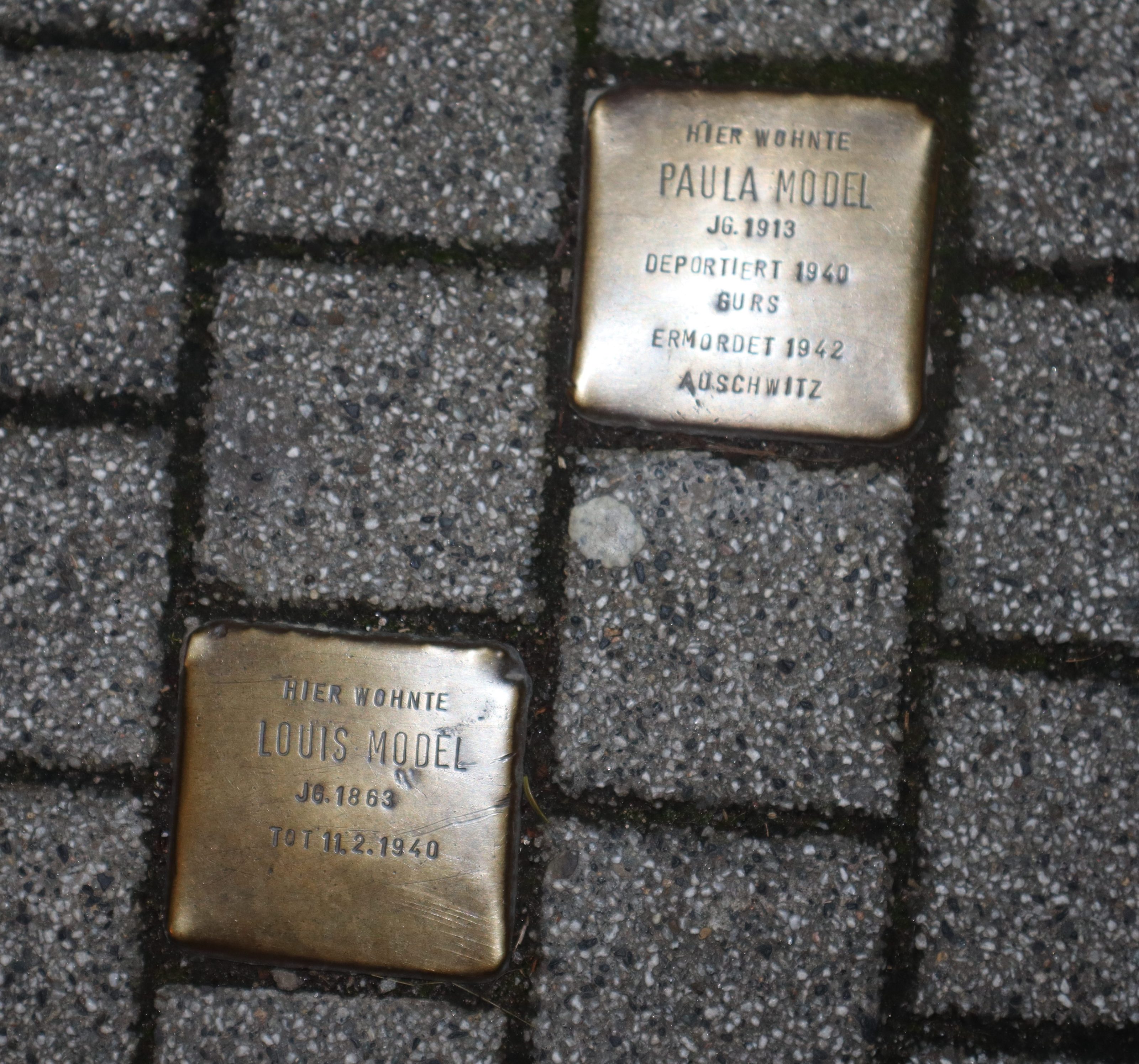 Louis Model was born in Breisach on November 1st in 1863. From 1933 he lived as a horse dealer in Freiburg at Wilhelm-Gustloff-Straße 11 (today Basler Straße 9). Louis Model was a member of the Freiburg synagogue council from 1933 to 1935. In 1935 he was forced to sell his horse business to so-called Aryans. On August 11th, 1936 he was deleted from the commercial register. With his wife, Rosa Model, he had seven children. Rosa Model was also deported to Gurs. Louis Model lived with his wife and daughter Paula Model until his death. On February 11th, 1940, before his deportation in October, he died in Freiburg at the age of 77.