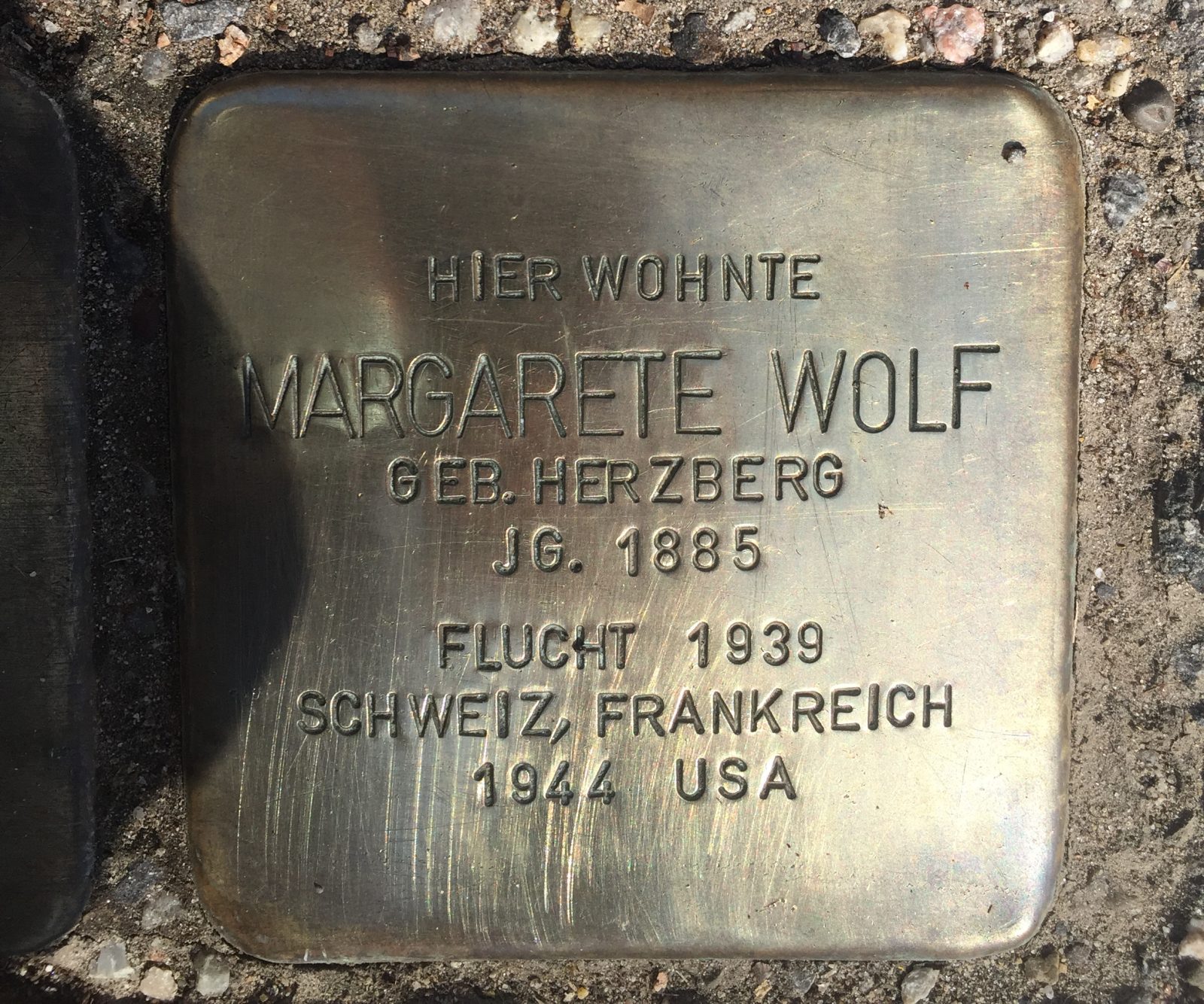 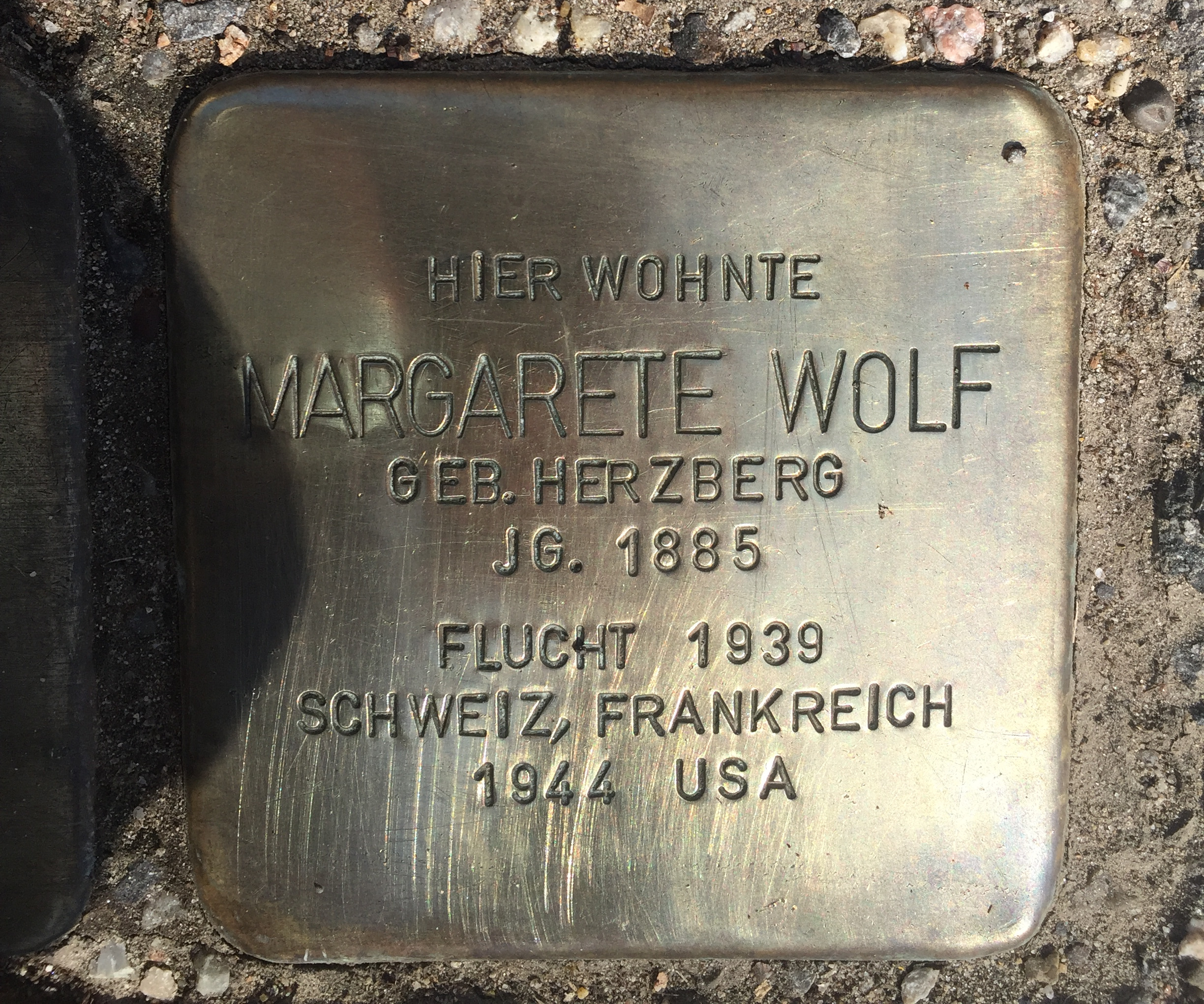 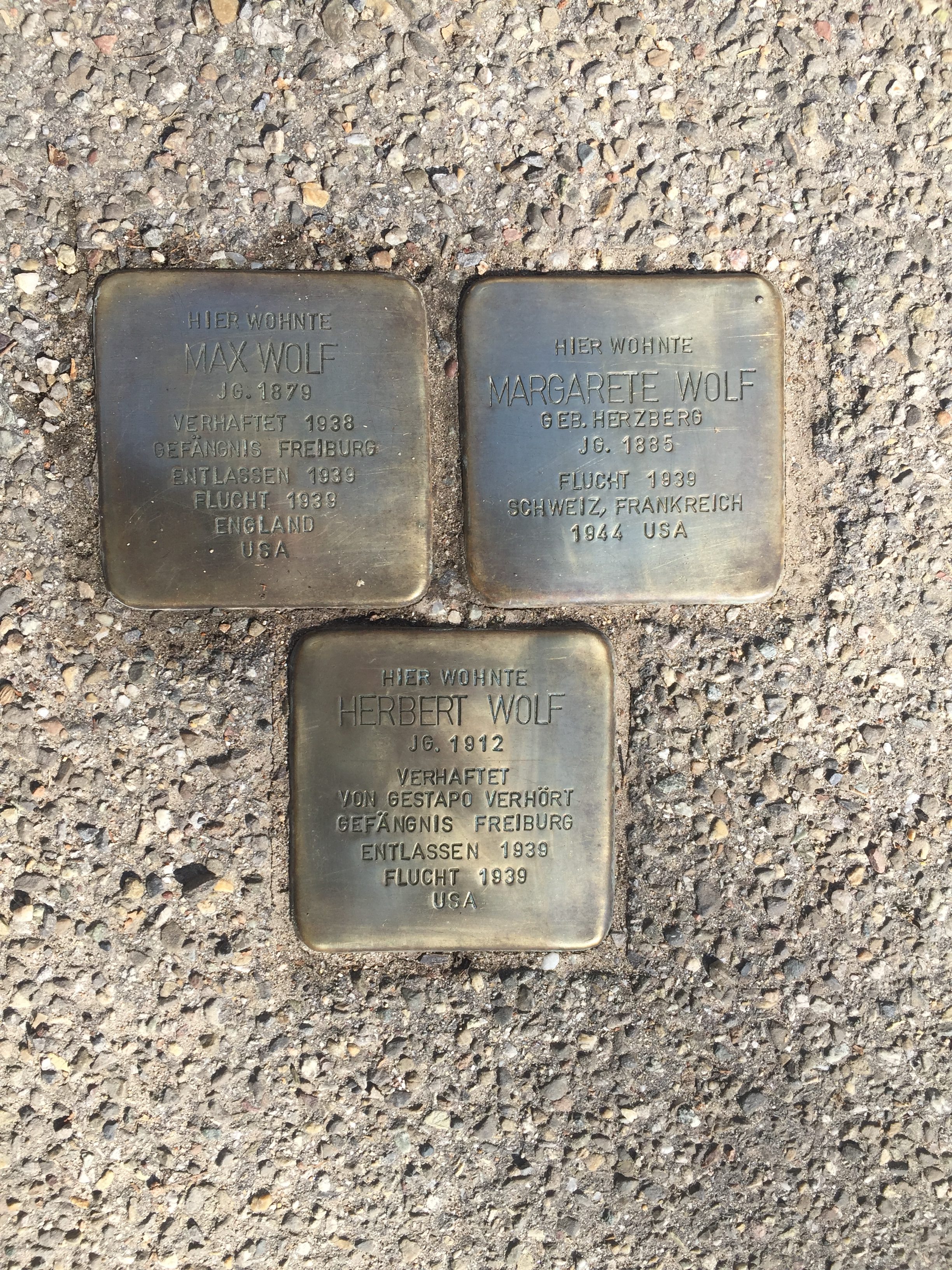 MARGARETE WOLF was born on 14 April 1885 in Buckau, Prussia, the daughter of Eduard Herzberg and Olga née Heimann. She is married to MAX WOLF 410, born and living in Freiburg, since 1910. Two children are born to their marriage, HERBERT WOLF 435 and Felix Wolf. The family first lives at Röderstr. 4. With the flourishing of her husband’s company in later years, they can afford to move into the prestigious villa in Freiburg-Wiehre at Urachstr. 37 to rent.

We know nothing about MARGARETE WOLF’s active participation in her husband’s professional activities. It was her task to bring up her two sons. Also, with the continued involvement of her father-in-law and the company founder Joseph Wolf, the management of the textile wholesale business was well represented anyway and very successful for many years.

It was not until 1938 that the drastic years came for the entire family :

The preparations for emigration from the homeland, the dramatic circumstances of the flight to Great Britain, their life in the country of exile and later the onward journey to the USA fill the next 5 years; they are described in more detail under MAX WOLF 410. Finally, at the beginning of 1945, they reach Cincinnati, the place where their son HERBERT WOLF 435 had already fled to for political reasons in 1939.

As with almost all emigrants, MARGARETE WOLF and her husband eke out a meagre existence in the USA. MAX WOLF is paid a meagre wage as a labourer, far from any adequate employment and with no possibility of advancement at his age. The fact that in later years quite successful efforts were made to make amends and restitution in the case of the family is largely due to MARGARETE WOLF. Unfortunately, we are not yet informed about the year and day of her death. We also lack sources that say anything about the fate of her second son Felix Wolf.