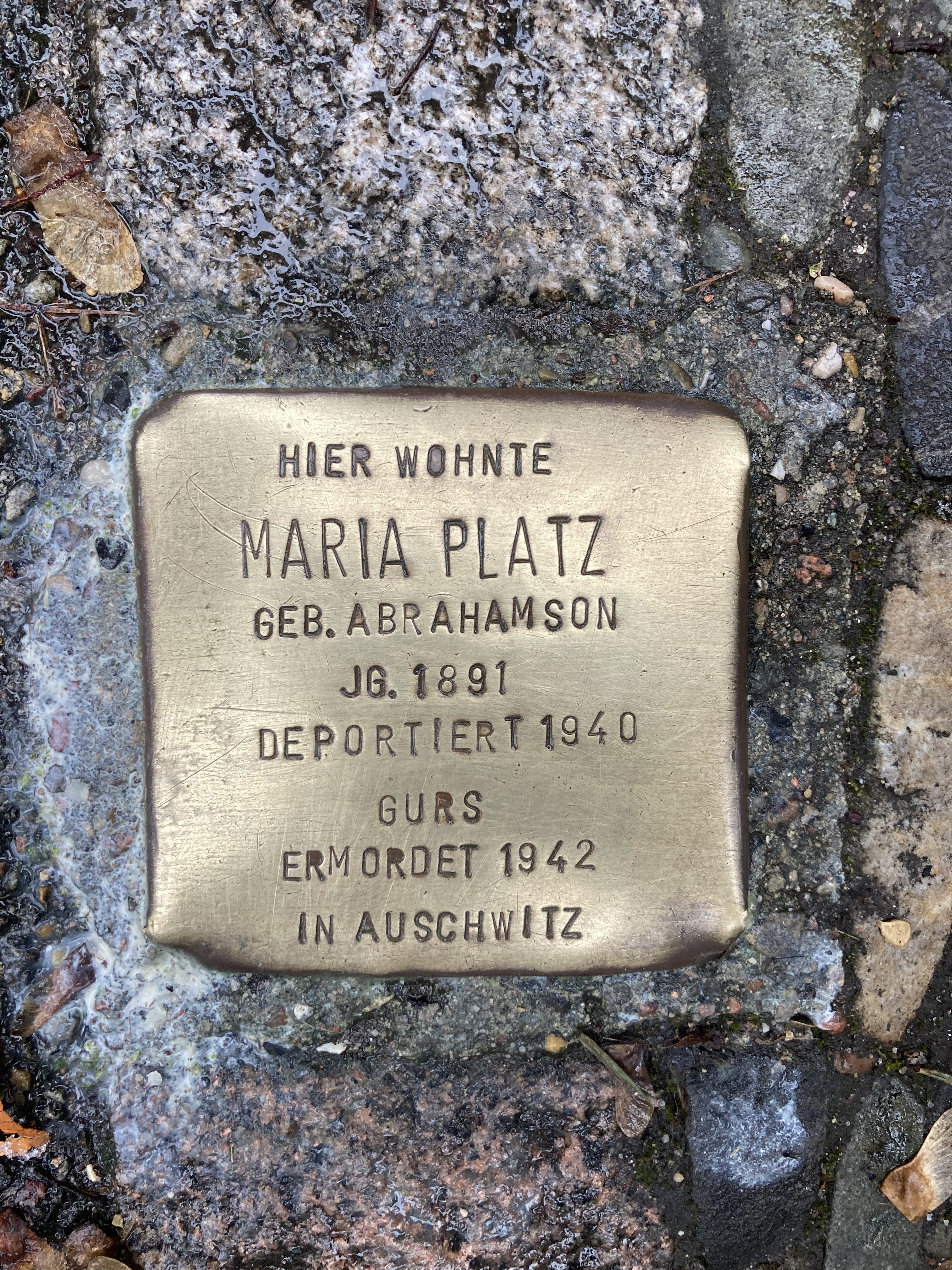 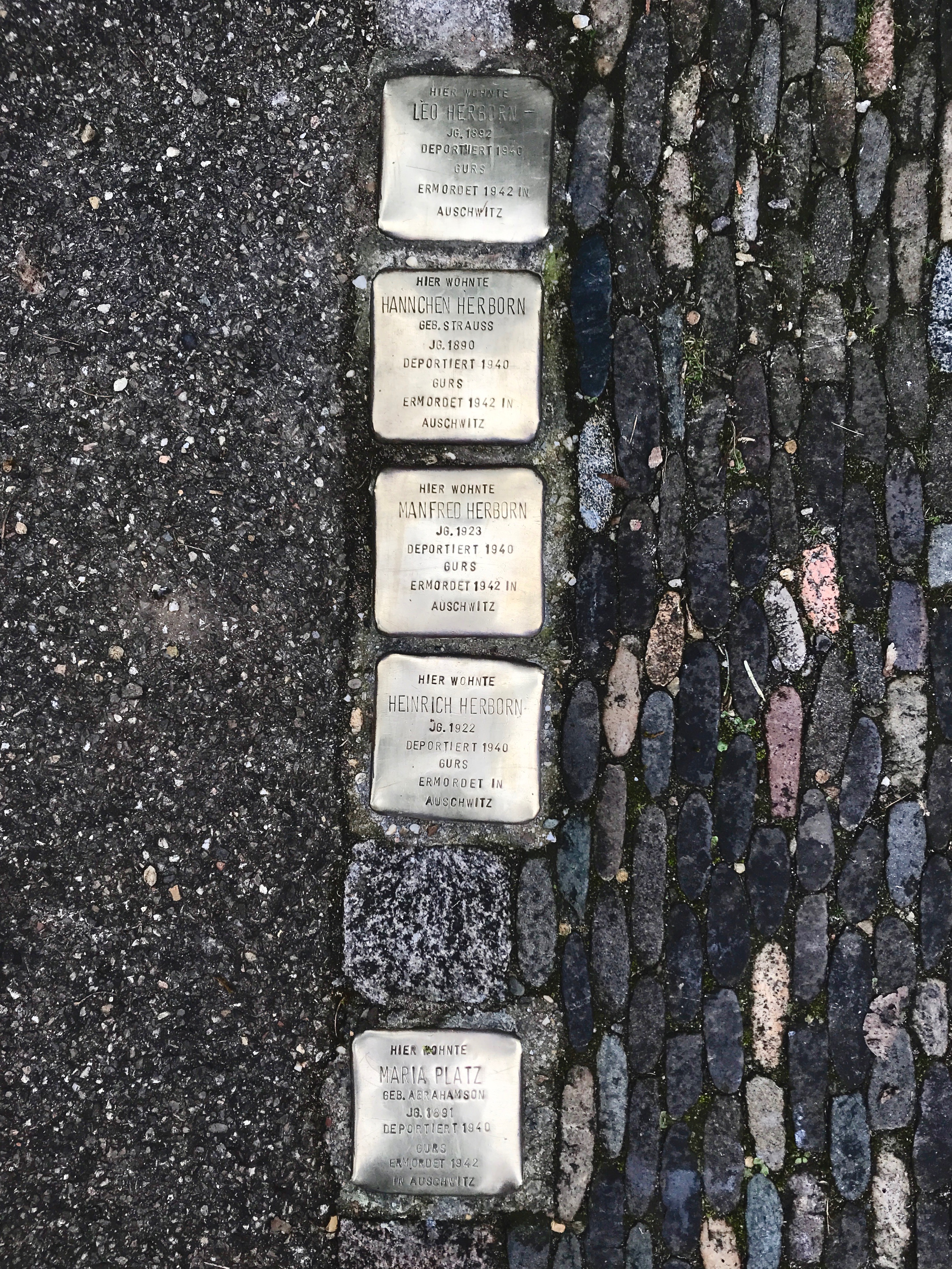 Maria Platz was born Maria (Berta) Abrahamson in Berlin on 5th August in 1891. She was divorced and worked as a stenotypist, presumably at the Herborn company in the same building. On 1th January in 1929 she had converted to the Catholic faith.

Nevertheless, according to the racial ideology of the National Socialists, Maria Platz was considered a Jew and was arrested together with more than 350 Freiburg residents on 22th October in 1940 and deported to Gurs. From there she was taken to Camp Récébédou and then to Camp Noé, both subcamps of Camp Gurs. After Maria Platz had survived these tortures for almost two years, she was deported to the Auschwitz-Birkenau concentration camp in July 1942. Maria Platz was murdered in the gas chambers there at the age of 51.