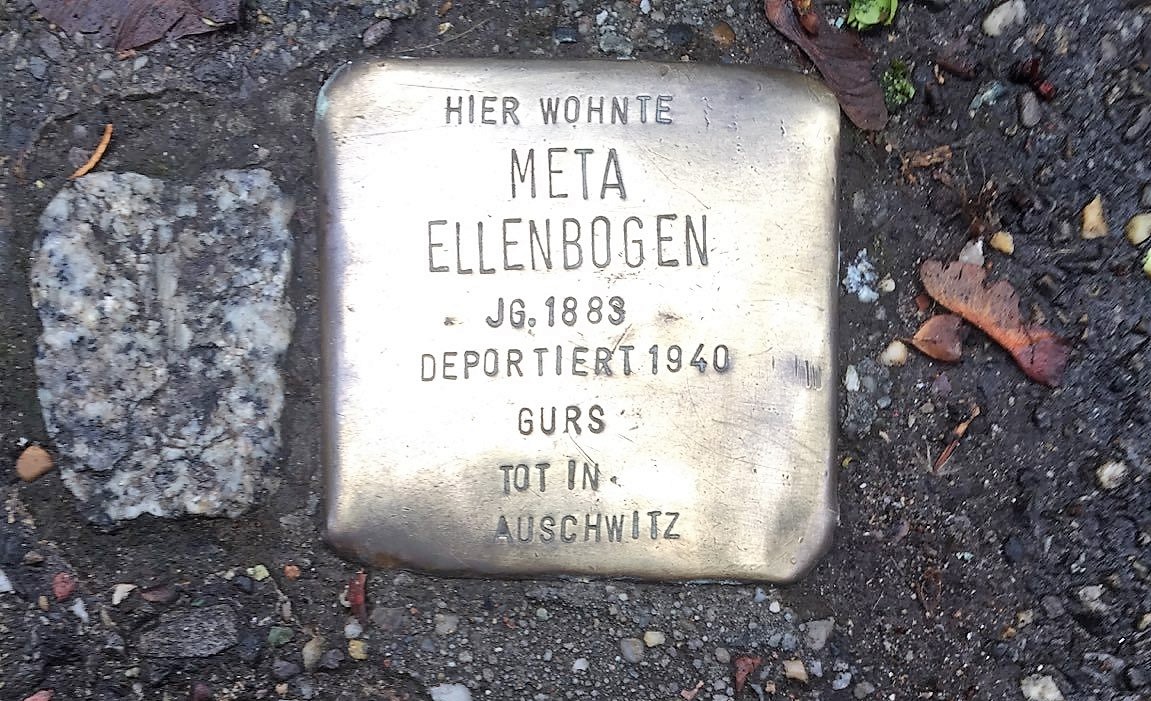 META ELLENBOGEN was born in Zurich on September 17, 1883. She worked as a sales representative in Freiburg and lived temporarily in the Poststraße, as told by the daughter of ALICE BERTA GÜNZBURGER and SAMUEL SIGMAR GÜNZBURGER, Janine. The latter inquired what had become of META ELLENBOGEN. She had known her very well and remembered how she had lived with her in the house on Poststraße as a child.

On October 22, 1940, she was arrested in the morning at Turnseestraße 29. She had to present herself with her makeshift luggage and a maximum of 100 Reichsmark at the assembly point of the Jewish people from the Wiehre, the Anna-Kirchplatz. From here, the more than 350 Freiburg prisoners – women, men, old and young – were deported from the freight station to the Gurs camp.

In this 20th deportation train there were 997 people to be deported. Of these, 697 were children under the age of 16 and 300 were adults. These children came mainly from the concentration camps of Pithiviers and Beaune-la-Rolande. Their fathers were deported to the murder sites before them, then the mothers were taken to „the East“ without their children, and now finally the children between 2 and 16 years old. Two 12-year-old children were able to save themselves from the „child deportation“ from the camp concentration camp Pithiviers, their reports are very, very shocking…

The names of the three survivors of this deportation train are known. The name META ELLENBOGEN is not among them. META ELLENBOGEN was murdered immediately after her arrival in the gas chambers of Auschwitz-Birkenau at the age of 59.