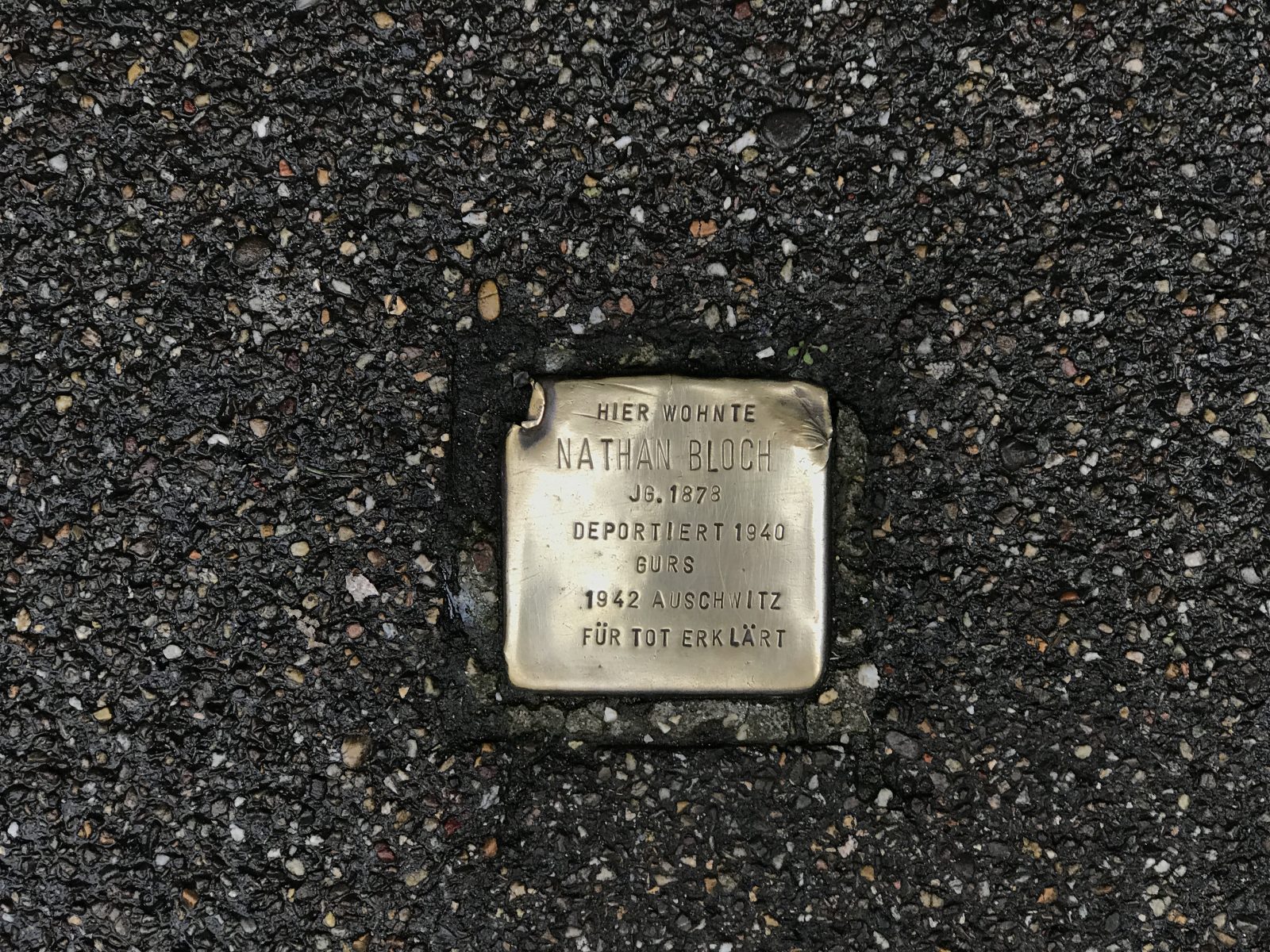 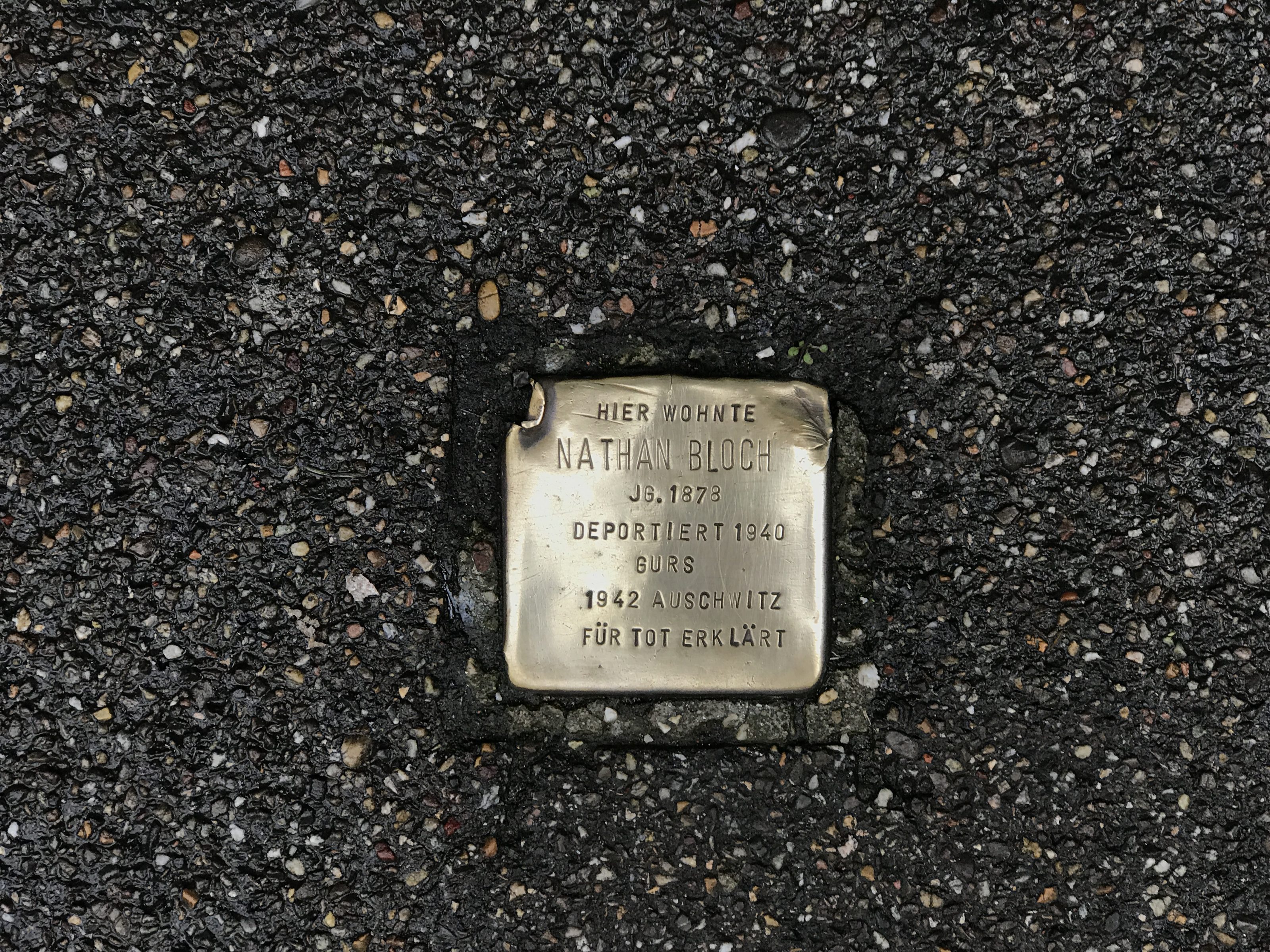 NATHAN BLOCH was born on July 6, 1878 in Schmieheim. He was a merchant and dealt in casings. He had a daughter named Hertha. Until 1938 he lived in Freiburg at Moltkestraße 22, after which he was registered at Starkenstraße 39 with ROSA REGINA BLOCH. Then he moved in with the couple MEIER FRIEDRICH BLOCH and LYDIA BLOCH at Eschholzstraße 84. From there he was arrested on October 22, 1940 and deported to the Camp de Gurs, together with his relatives. On August 10, 1942 he was deported from the concentration camp Drancy with the convoy No. 17 to the concentration camp Auschwitz and was murdered there in the gas chambers of Auschwitz-Birkenau – at the age of 64.