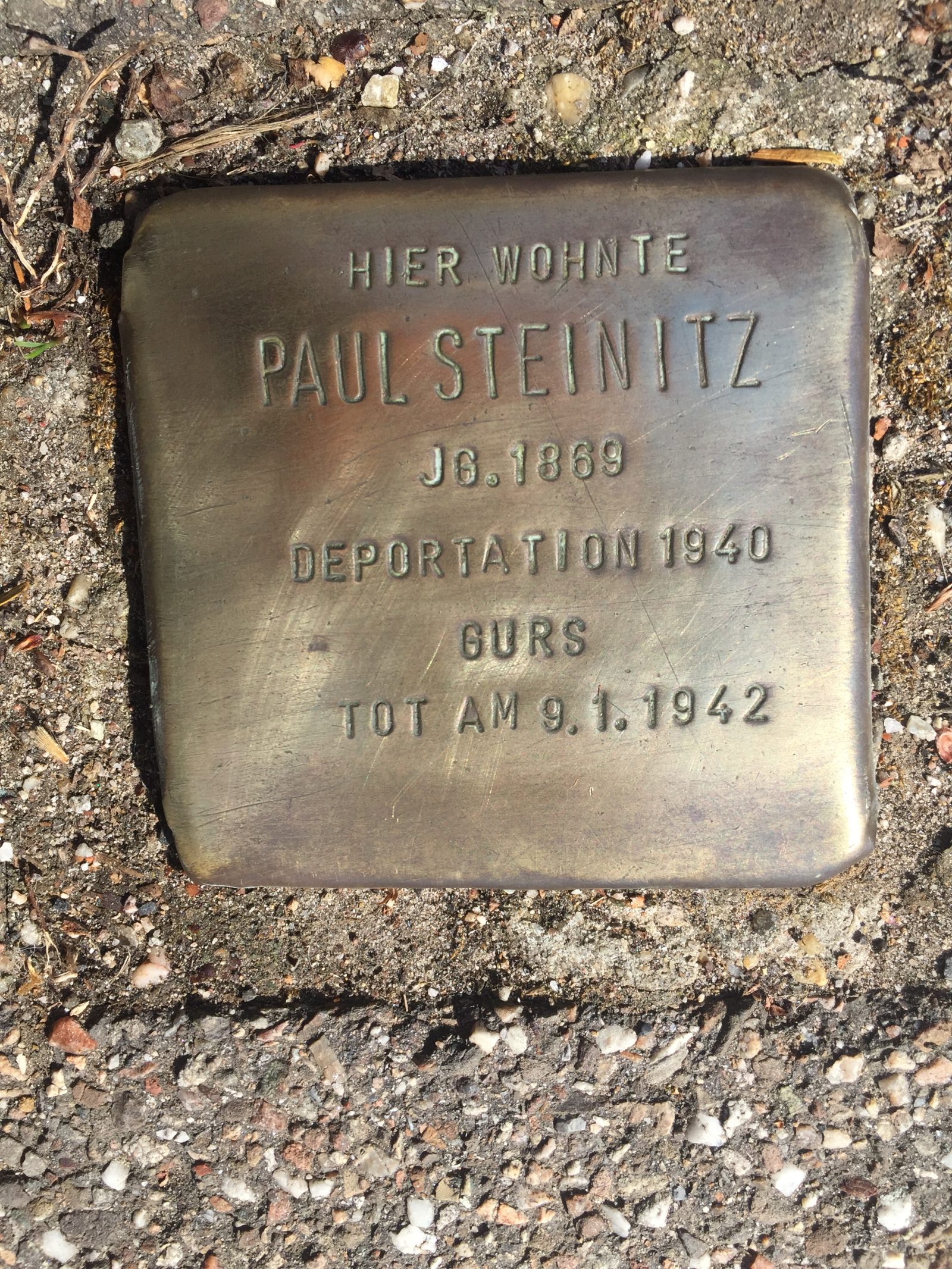 PAUL STEINITZ was born on 25 March 1869 in Rosenberg/Upper Silesia. He was one of 9 siblings. His parents were Rosalie Steinitz (born Boehm) and the notary Israel Steinitz. PAUL STEINITZ lived there as a respected lawyer until 1935.
In 1933, he was dismissed as a judicial councilor under the so-called „Law for the Restoration of the Professional Civil Service“. This law, passed by the Nazis, served exclusively to dismiss all Jewish civil servants and self-employed persons in their professions. This affected doctors, lawyers, lecturers, professors and other employees and civil servants of Jewish religion. After his dismissal from the civil service, PAUL STEINITZ  worked as a self-employed lawyer and notary.
With his sister DR. FRANZISKA STEINITZ he fled to Freiburg in 1937. But here, too, he suffered humiliation at the hands of the National Socialists. He was arrested in Freiburg on 22 October 1940 and deported to Camp Gurs together with his sister and more than 350 other Freiburg residents. PAUL STEINITZ was able to withstand the terrible camp conditions for just over two years. Like all the other prisoners, he suffered from constant hunger and the absolutely unhygienic conditions in the Gurs camp. PAUL STEINITZ was murdered there on January 9, 1942, only one week after his sister, at the age of 72. His grave in the Gurs camp cemetery is number 963. 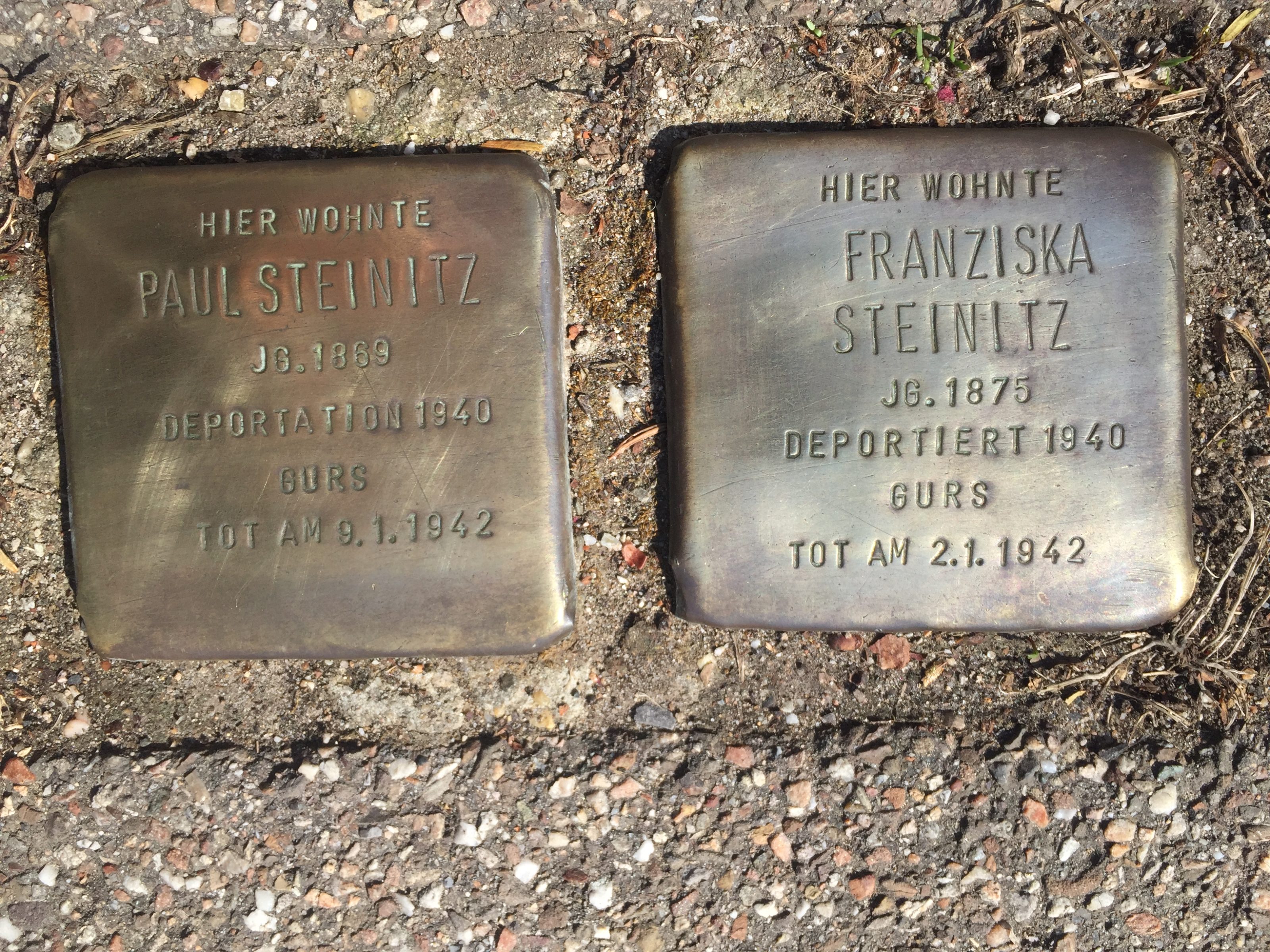 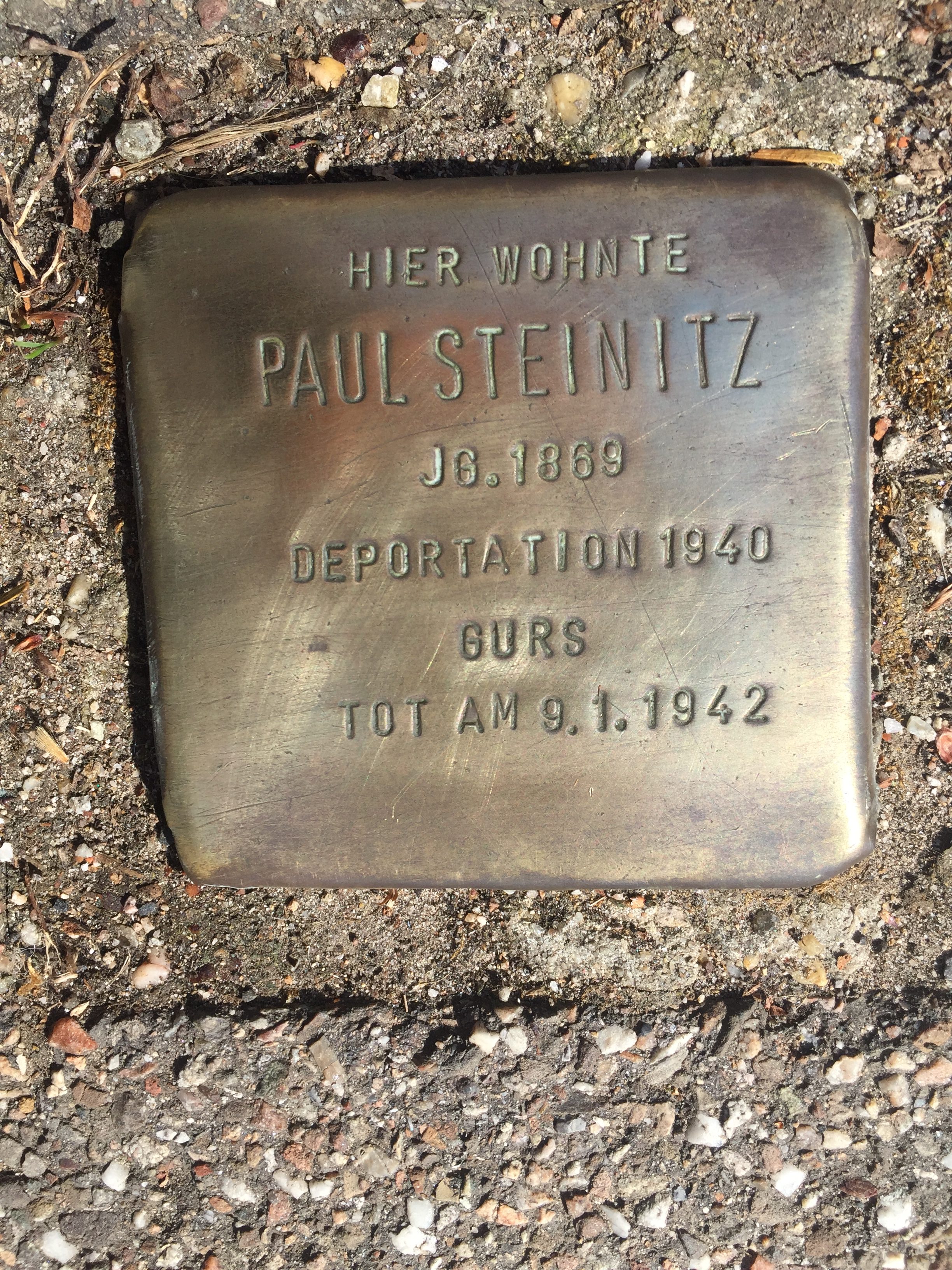