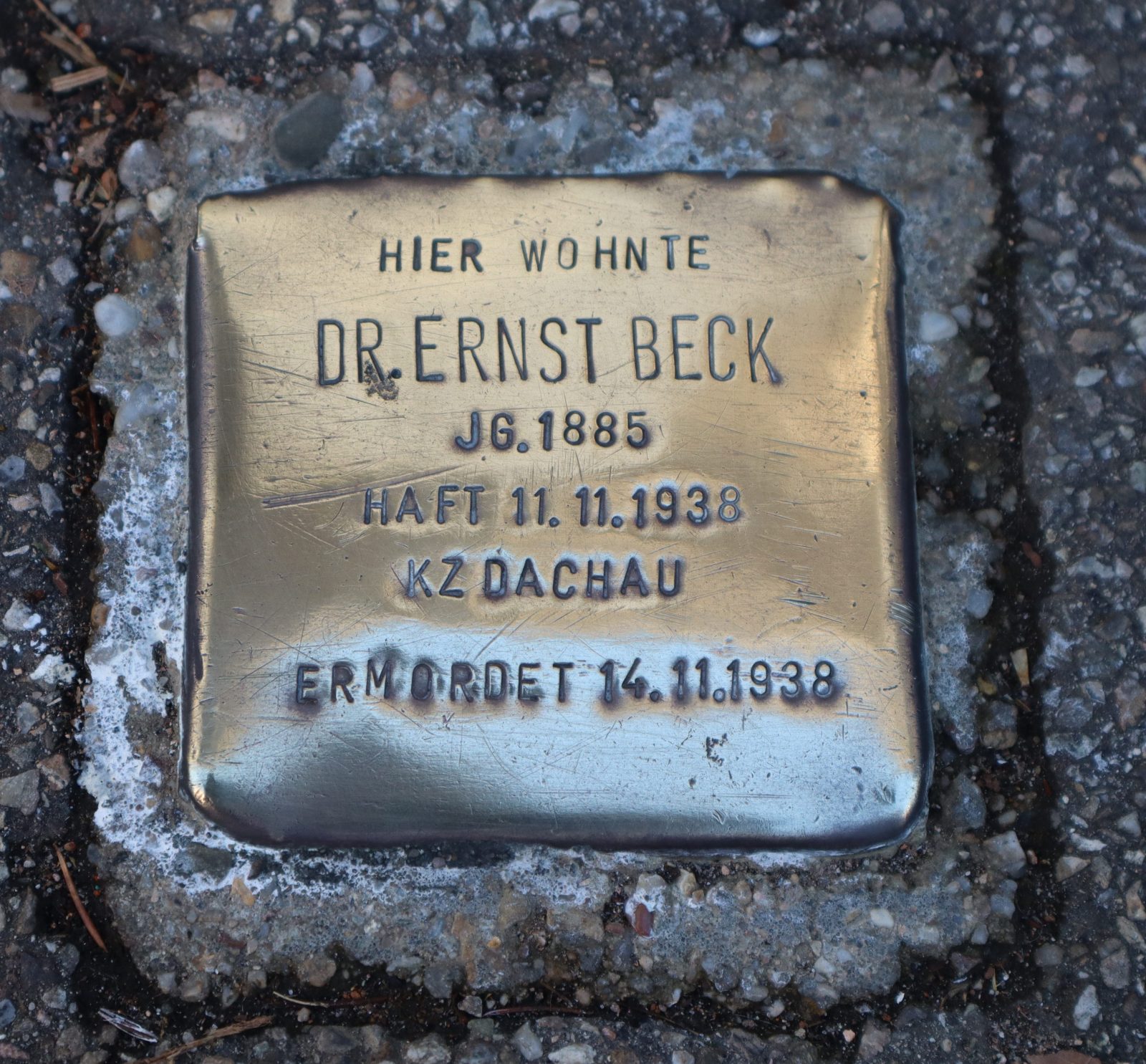 PROF. DR. ERNST BECK was born in Lörrach on December 18, 1885. He was married to Henriette Beck (*30 January 1885). She was non-denominational. The couple had a daughter together, Ingeborg, born on October 27, 1914 in Baden-Baden.
The university professor was forcibly demeritted in 1933 by the Law for the Restoration of the Professional Civil Service (Wiederherstellung des Berufsbeamtentums), which in reality was the dismissal of all professors and civil servants of the Jewish religion. On April 1, 1936, he moved from Karlsruhe to Freiburg and until November 14, 1938, he was registered in Vierlinden 1. After the Night of Broken Glass in November 1938, he was arrested and deported to the Dachau concentration camp on November 11. There he was deprived of his cash assets, totaling 8.78 Reichsmark. PROF. DR. ERNST BECK was given prisoner number 21884. Like all prisoners there, he was shaved, tortured, and three days after his arrival, PROF. BECK was murdered on November 14 in Prittlbach/Dachau at the age of 53.