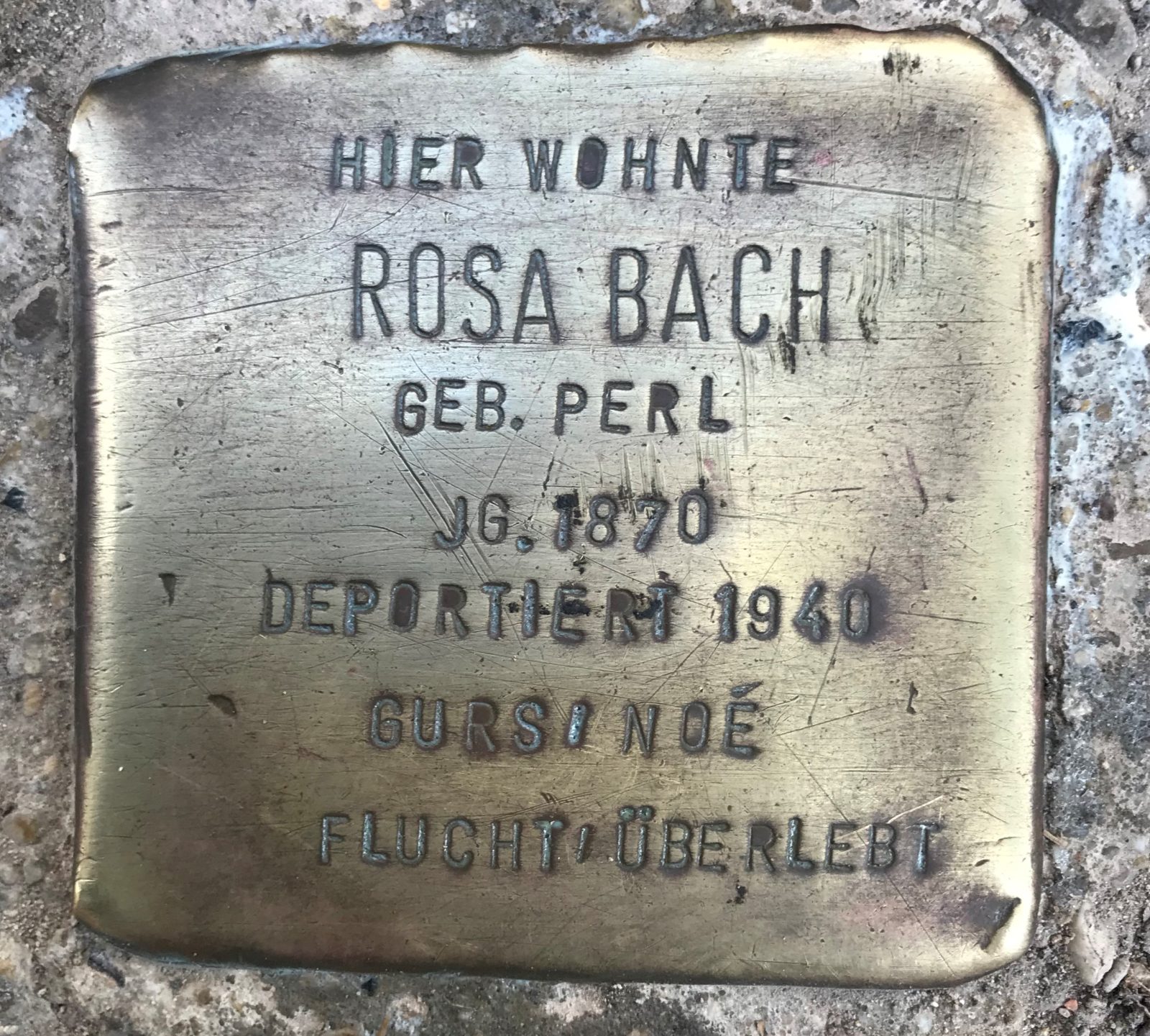 ROSA BACH was born in Kattowitz (Katowice/Poland) on 25 April 1870 as ROSA PERL. She was very Zionist-minded and had a great interest in Palestine, her nephew Dr. Yaacov Bach from Tel Aviv knows to report about her. „She was unusually talented, especially in the arts.“ ROSA BACH was the wife of the eldest brother of Dr. Yaacov Bach’s father, Emanuel (also Immanuel) Bach. He ran the largest forwarding company in Breslau.

ROSA and Emanuel BACH had four children. Oswald, the eldest son, was also a Zionist and volunteered to fight in the First World War „against the Russians who were responsible for the pogroms against Jews in Russia, he fell in one of the first major battles of the First World War at Tannenberg in 1914„. The youngest son Helmut died young in South Africa. „The daughter Marianne was a highly talented miniature painter. She was married to a Christian. The latter divorced Marianne during the Nazi era, thus abandoning her to terror.“ Marianne was murdered in Auschwitz.

The daughter Eleonore (also Elinor) Freund (*14 August 1897) was arrested together with her husband Prof. Dr. Walter Freund and her mother ROSA BACH on October 22nd, 1940 and deported to Camp Gurs. In 1936, the Freunds and ROSA BACH had fled to Freiburg in the hope of being safer from pogroms there. This hope proved them wrong. Eleonore Freund became „insane, she simply could not stand the horror„, according to Dr. Bach, and further:

They were completely assimilated Jews, Eleonore had been a very beautiful woman, an actress, and also a nurse. For Prof. Dr. Walter Freund, she was the second wife. He was the head of the first infant hospital in Breslau. He died in Freiburg in 1952. They had two children, Gabriele and Andreas. Eleonore Freund was sent to the ‚madhouse‘ St. Maurice in France. She died mentally deranged in the Emmendingen state hospital, where she had to live since 1953.

ROSA BACH had to stay in the Camp de Gurs from the day of her arrival until January 19th, 1942. Then she was taken to the not less terrible subcamp Noé and released from there on August 17th, 1943. Presumably her release was related to her daughter’s mental illness.