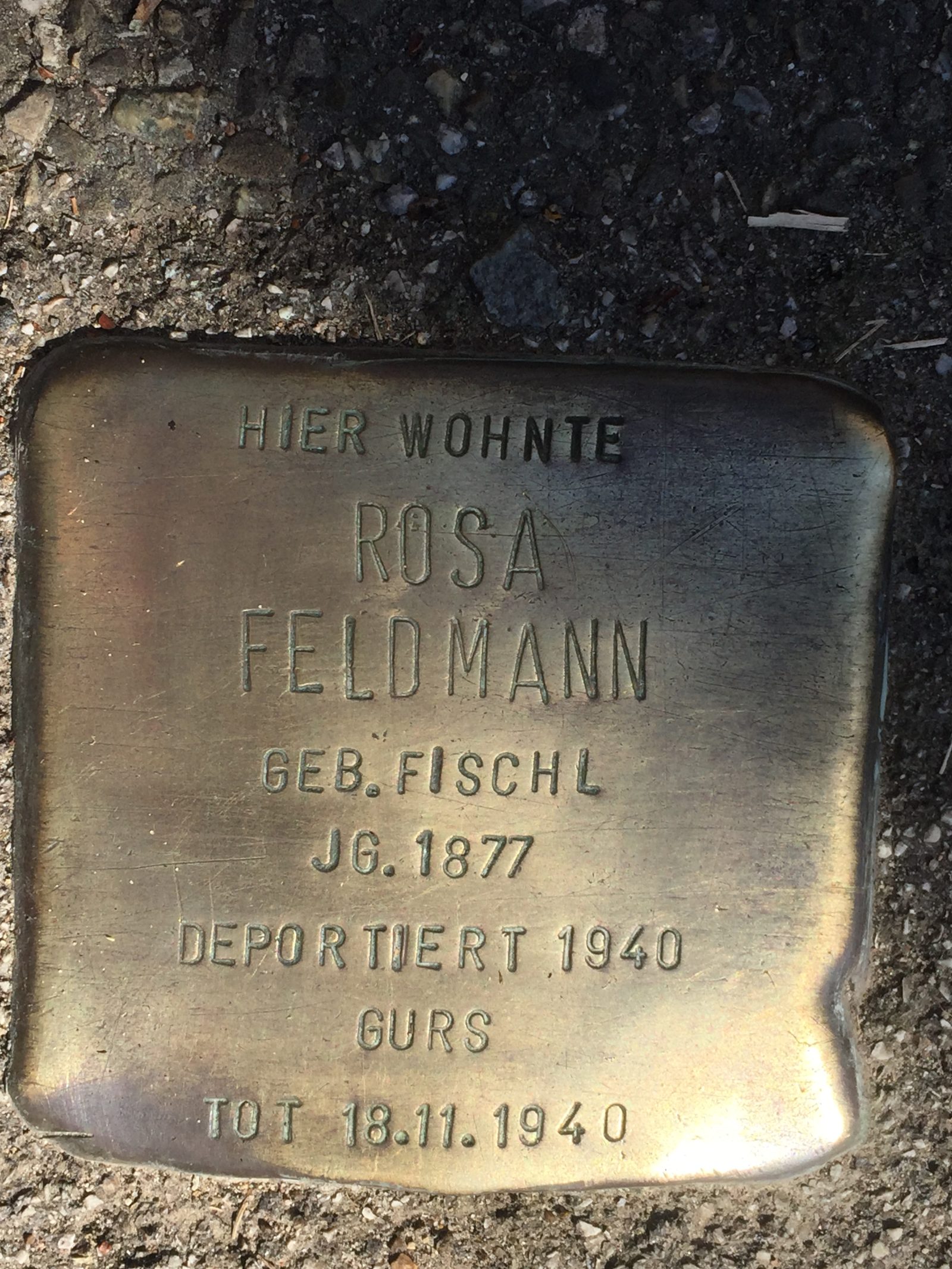 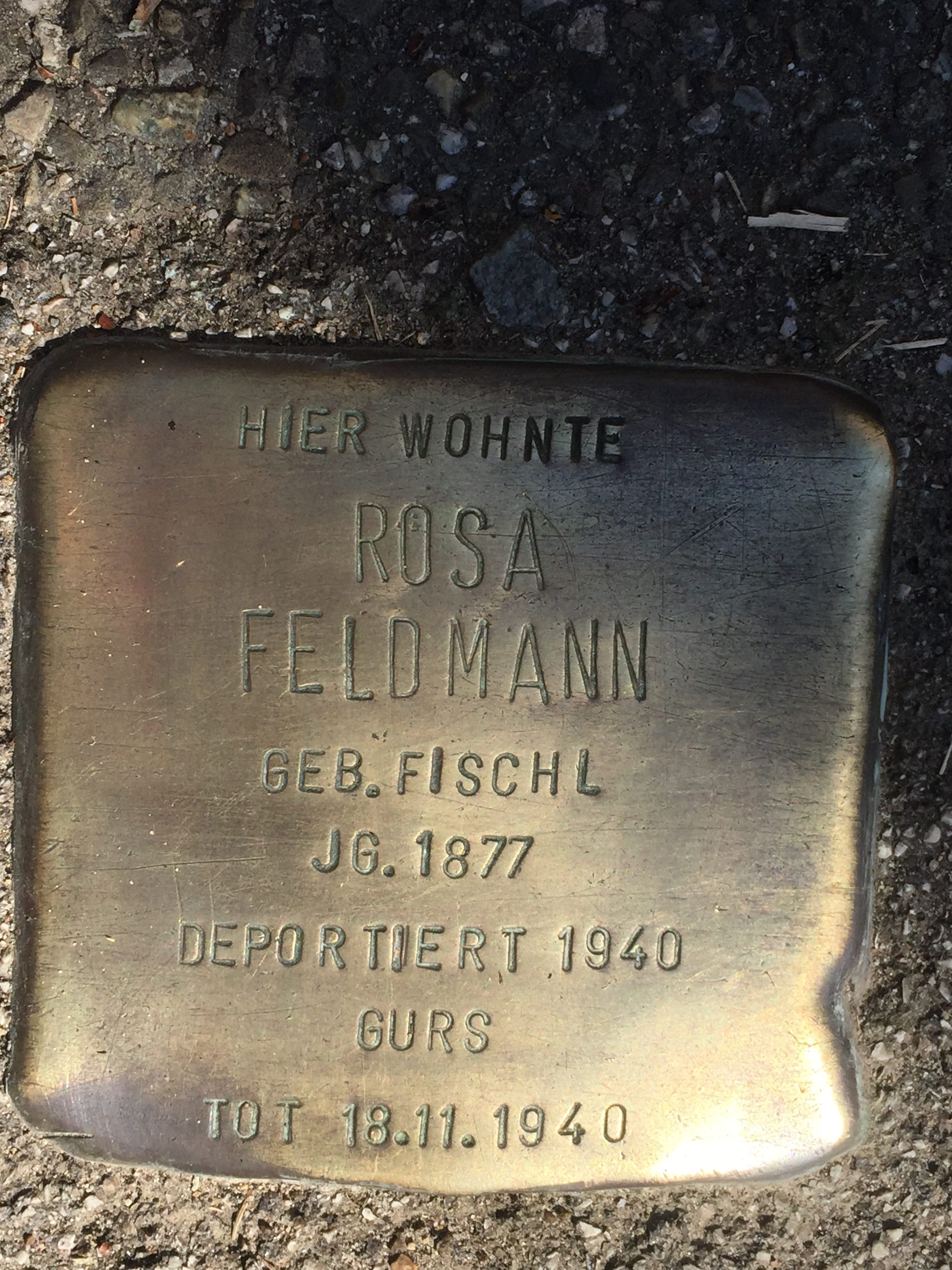 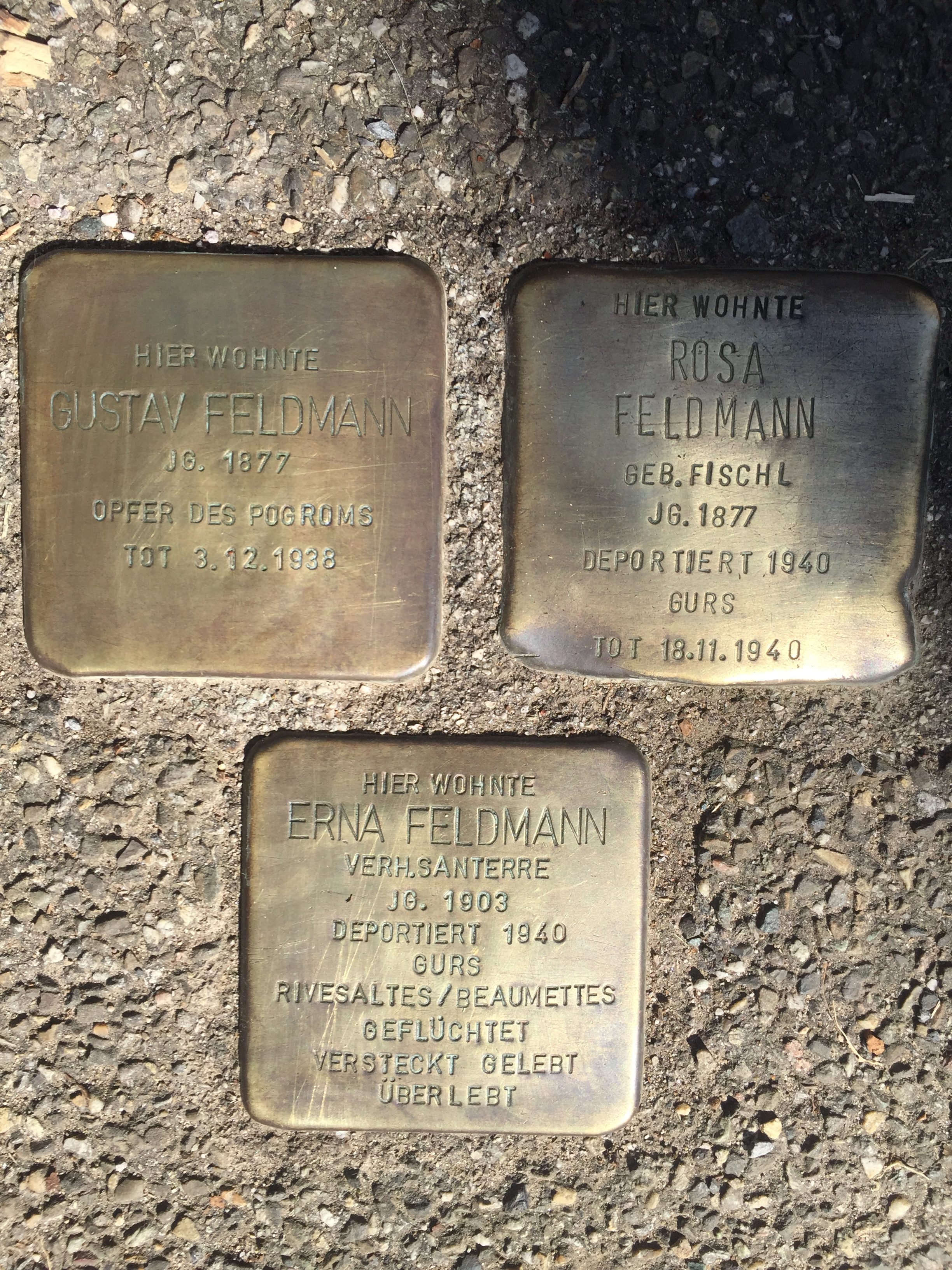 After her husband Gustav Feldmann died of a heart attack on December 3, 1938 – due to the political circumstances, the restrictions and the excitement about the forced closure of the well-performing business for men’s and boys‘ clothing at Kaiserstraße 110 – the widow ROSA FELDMANN was forced to sell the real estate. Of course, she did not get the market value of the properties but less than a quarter of the actual value. In addition, she was forced to pay the so-called „Judenvermögensabgabe“ (Jewish property tax) worth 17,500 RM. ROSA FELDMANN was then granted 400 RM per month from her own assets, which had been blocked by the Nazis. ROSA FELDMANN had to hand over her jewelry and silver before April 1939.

ROSA FELDMANN intended – with her somewhat sickly daughter ERNA and her brother Daniel Fischl – to flee to Chicago in the USA. They already had the waiting numbers 36 059 and 36 058, but they had to pay the so-called „Reichsfluchtsteuer“. Then, however, all of them also lived temporarily in Hechingen. The „sale“ of the residential house at Urachstraße 33 on December 18, 1939 to Emma Feierling, the wife of the brewery owner, was probably a very drastic experience for ROSA FELDMANN. As early as March 1940, they were living in an apartment on Friedrichstraße for rent.

However, on October 22, 1940, a day of the Jewish Feast of Tabernacles, ROSA FELDMANN was arrested and deported to the Gurs concentration camp. Due to the inhuman living conditions in the camp – hunger, cold, vermin, the lack of medical assistance and, as her daughter Gertrud Baer née Feldmann also said, due to „physical and mental suffering“ ROSA FELDMANN was murdered in the Gurs concentration camp on November 19 of the same year at the age of 63.