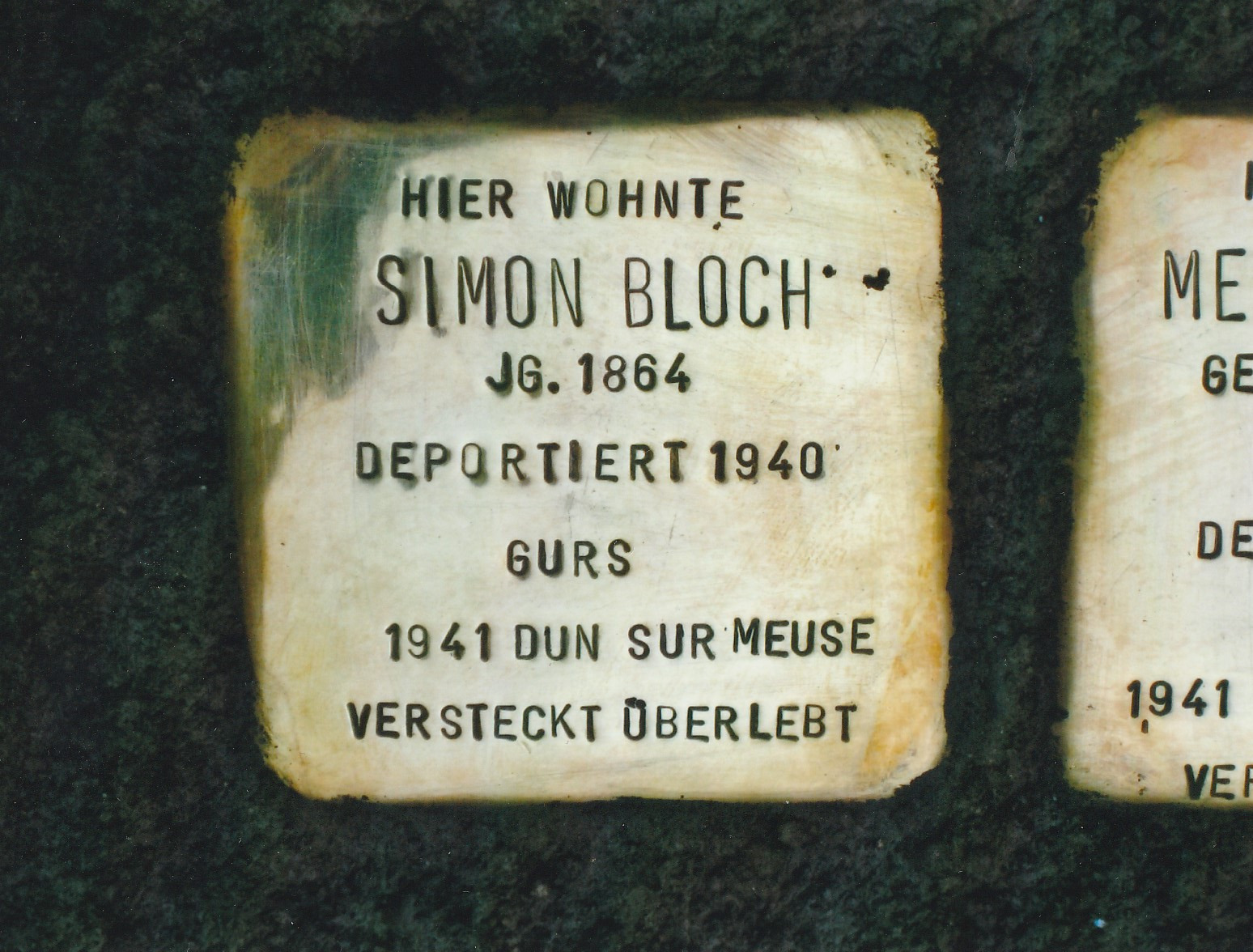 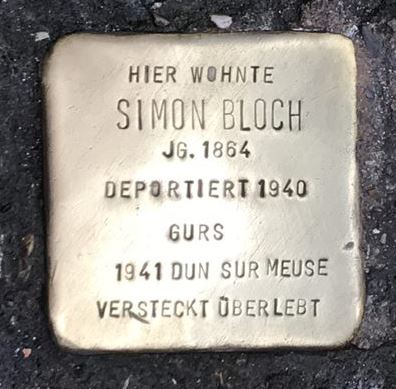 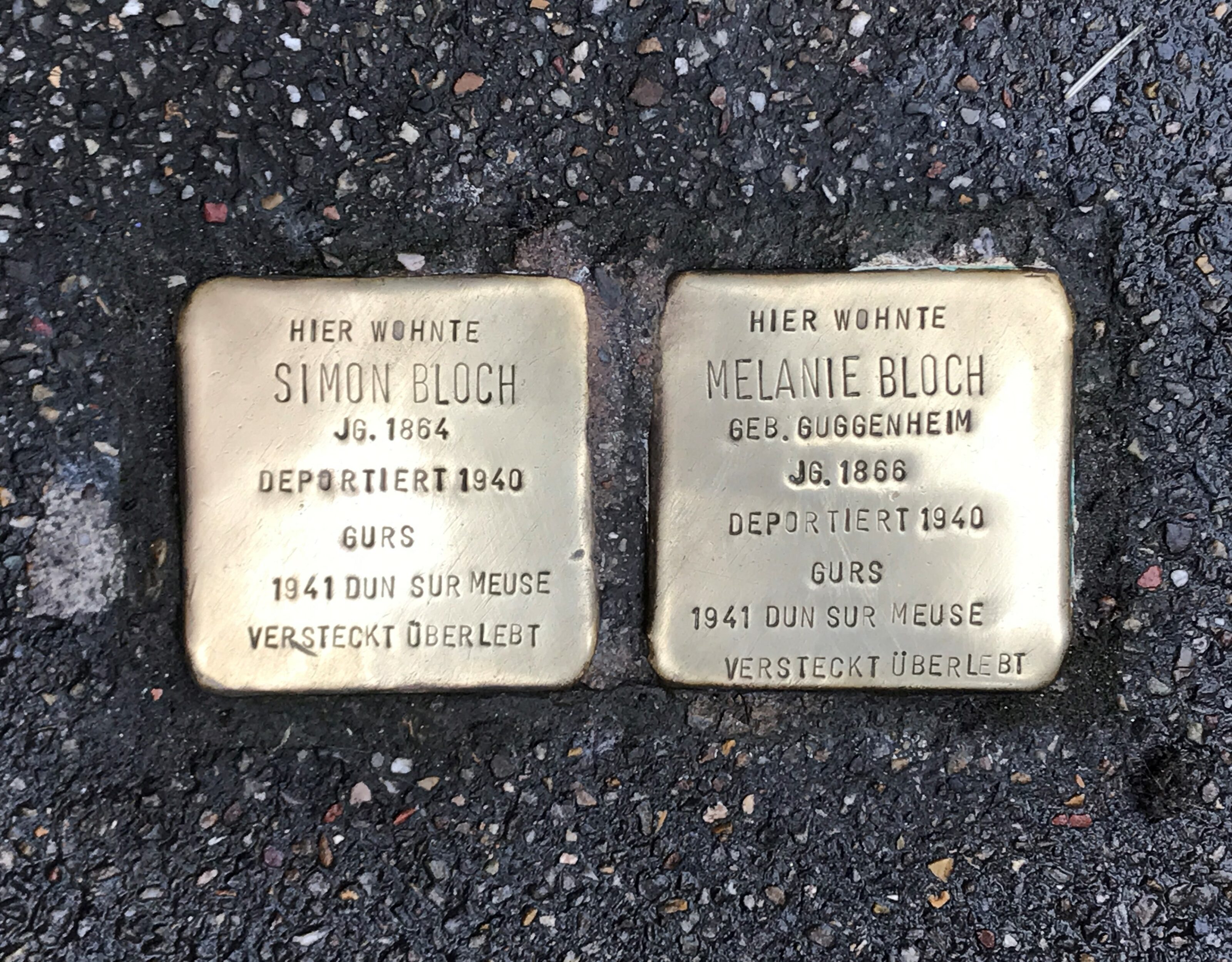 SIMON BLOCH was born on November 5, 1864, in Eichstetten. He married MELANIE GUGGENHEIM from Tiengen, they had two children: Emilie (*December 26, 1894) and Gertrud. MELANIE and SIMON BLOCH lived in Freiburg on the second floor of the front building at Belfortstraße 26. The merchant SIMON BLOCH ran his hardware store and a real estate agency in the back building. In 1938 he was forced to „sell“ his business. In the purchase contract of December 12, 1938, Wilhelm Bennetz GmbH is registered as the new owner. SIMON BLOCH was also involved as a cashier with the Israelitischer Kranken- und Sterbeverein.

On October 22, 1940, he and his wife were arrested by two policemen and deported to Gurs. On November 25, 1941, they were freed from the Camp de Gurs by escape helpers and taken to Dun-sur-Meuse, where they lived in hiding until the end of the war. Even after that, they remained in the village until SIMON BLOCH died on June 21, 1947, at the age of 83. His wife, MELANIE BLOCH, then returned to Germany and lived in a Jewish retirement home in Frankfurt until her death in 1953.