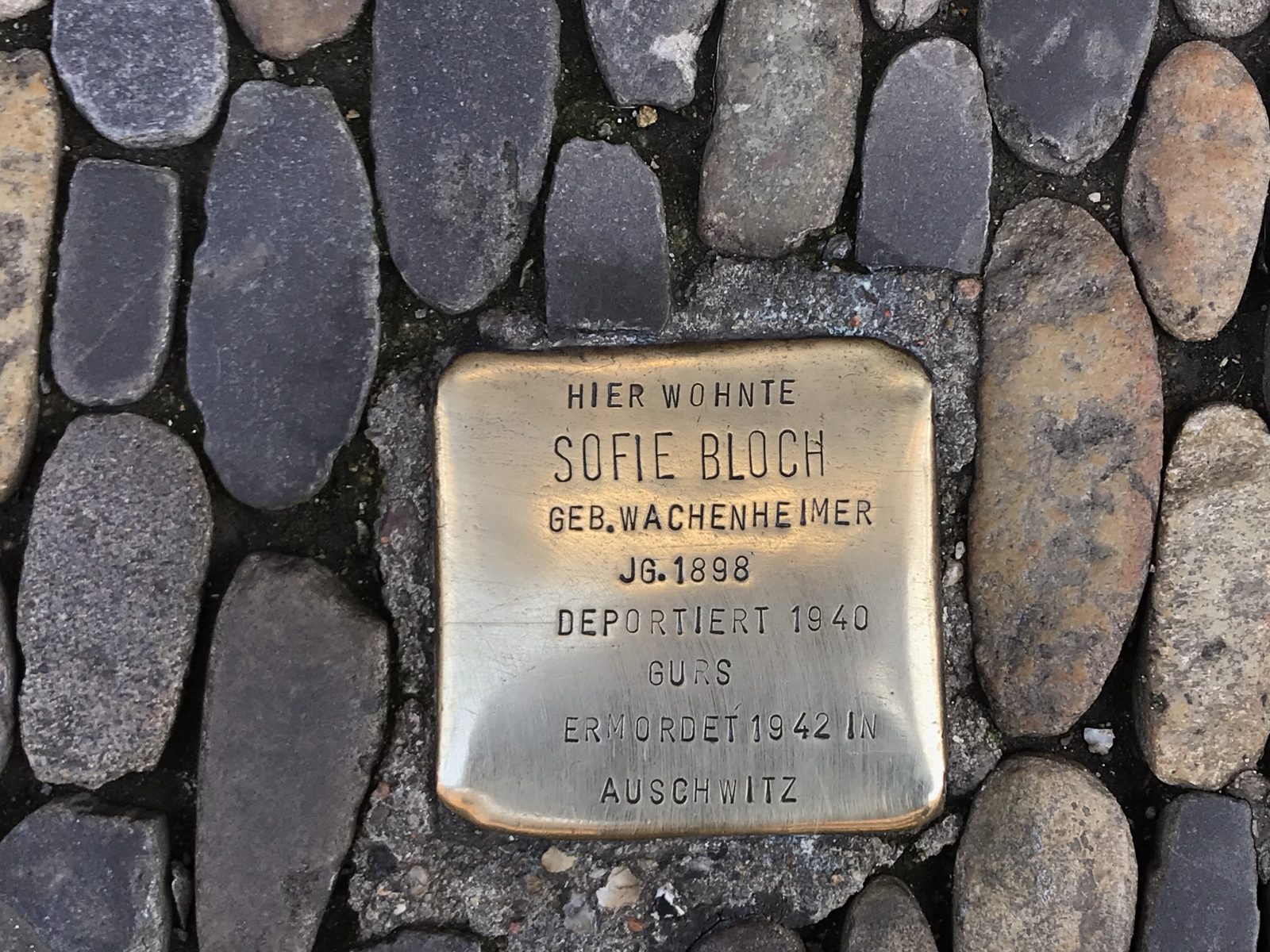 SOFIE (also Sophie) BLOCH née WACHENHEIMER was born on April 4, 1898 in Schmieheim. May 4 of the same year is also possible as her birthday. She was married to NORBERT BLOCH, the couple lived in Freiburg in the former Salzstraße 11, today Salzstraße 7.

Together with her husband, their daughter Lore Bloch (born July 28, 1927) and many other Jewish citizens of Freiburg, SOPHIE BLOCH was arrested by two officials on October 22, 1940 and deported by waiting trains to the camp/camp Gurs. In this camp/camp in the south of France, the prisoners were plagued by hunger, thirst, rats and lice. They all had little medical assistance. After almost two cruel years in this camp, but after her daughter Lore Bloch was rescued from this camp, SOFIE BLOCH was taken to the Drancy concentration camp. This was the Western European assembly point for the deportations to the East. On August 14, 1942, SOFIE BLOCH and her husband were deported on convoy No. 19 to the Auschwitz concentration camp. In this freight train, 1,015 people from different camps in France had to travel to the East. There, in the gas chambers of Auschwitz-Birkenau, SOFIE BLOCH was murdered at the age of 44. Only one man from that train survived the Nazi terror.

Her daughter Lore Bloch was saved by the Jewish Children’s Aid Society (OSE) – as were almost 6,000 other children of the Jewish religion. She later lived in the USA.