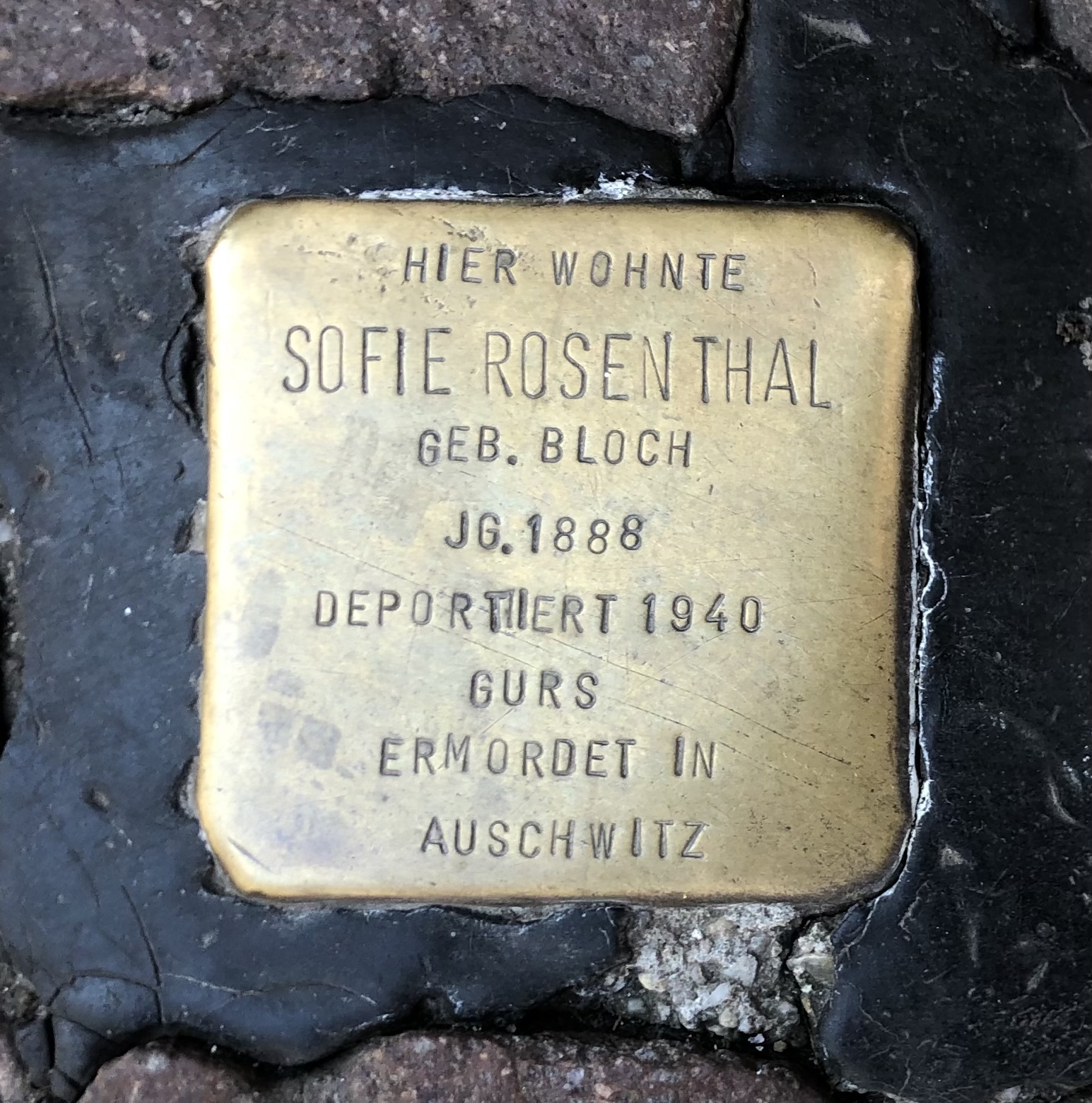 SOFIE (also Sophie) ROSENTHAL was born on July 25, 1888 as Sofie BLOCH in Eichstetten. She was married to JULIAN ROSENTHAL . Their son Ludwig was born on May 1, 1913.
In 1935 her son fled to Palestine with his girlfriend and later wife. There he called himself Uri Rosenthal and married. In 1939 the couple had a son together, Noga.

Her son Uri Rosenthal died in 1945 in Palestine -before the liberation from Nazi terror- of unrecognized appendicitis, not even 32 years old.

JULIAN and SOFIE ROSENTHAL’s grandson, Noga Rosenthal, visited the STOLPERSTONE for his grandparents in 2006. 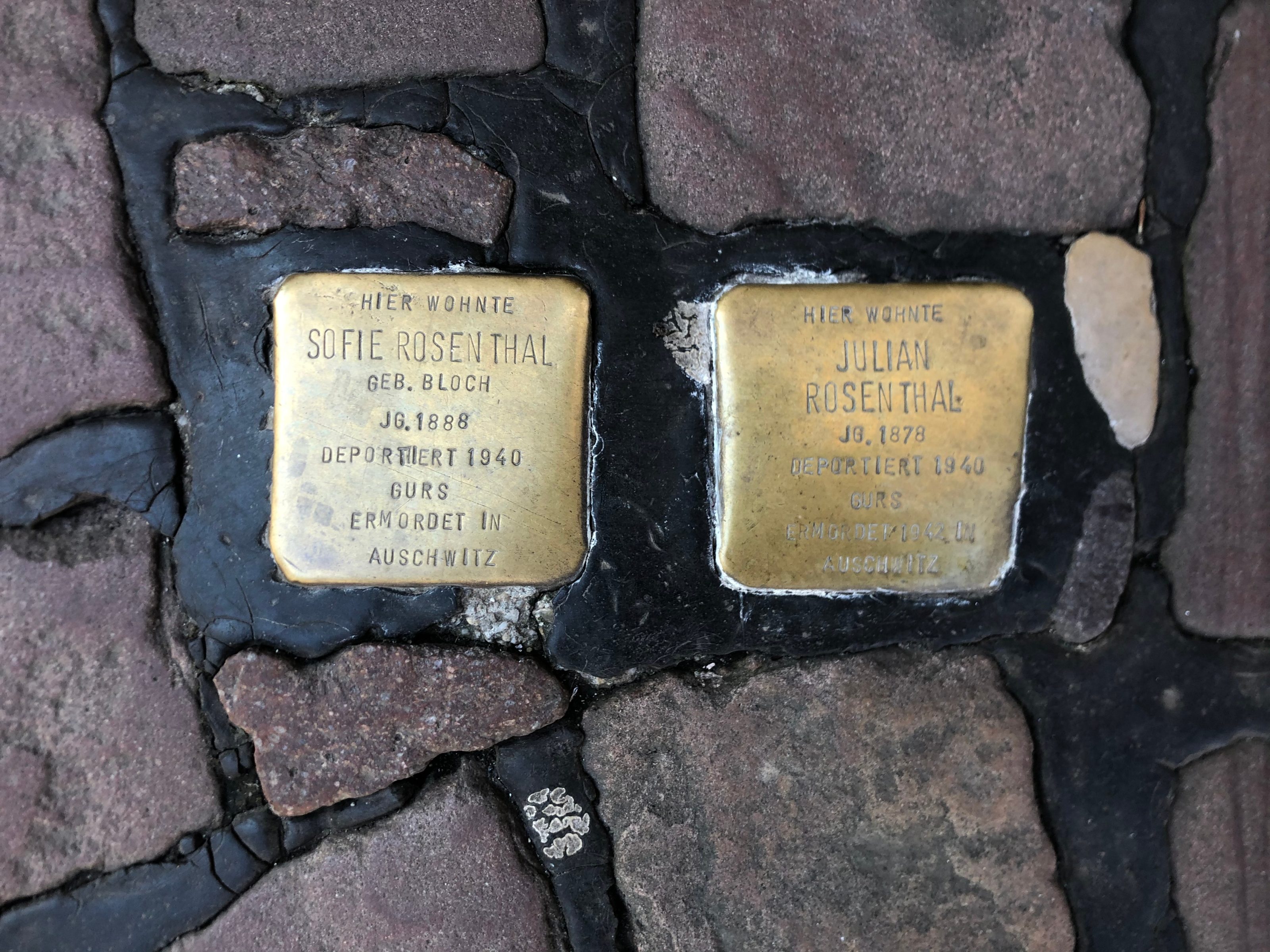