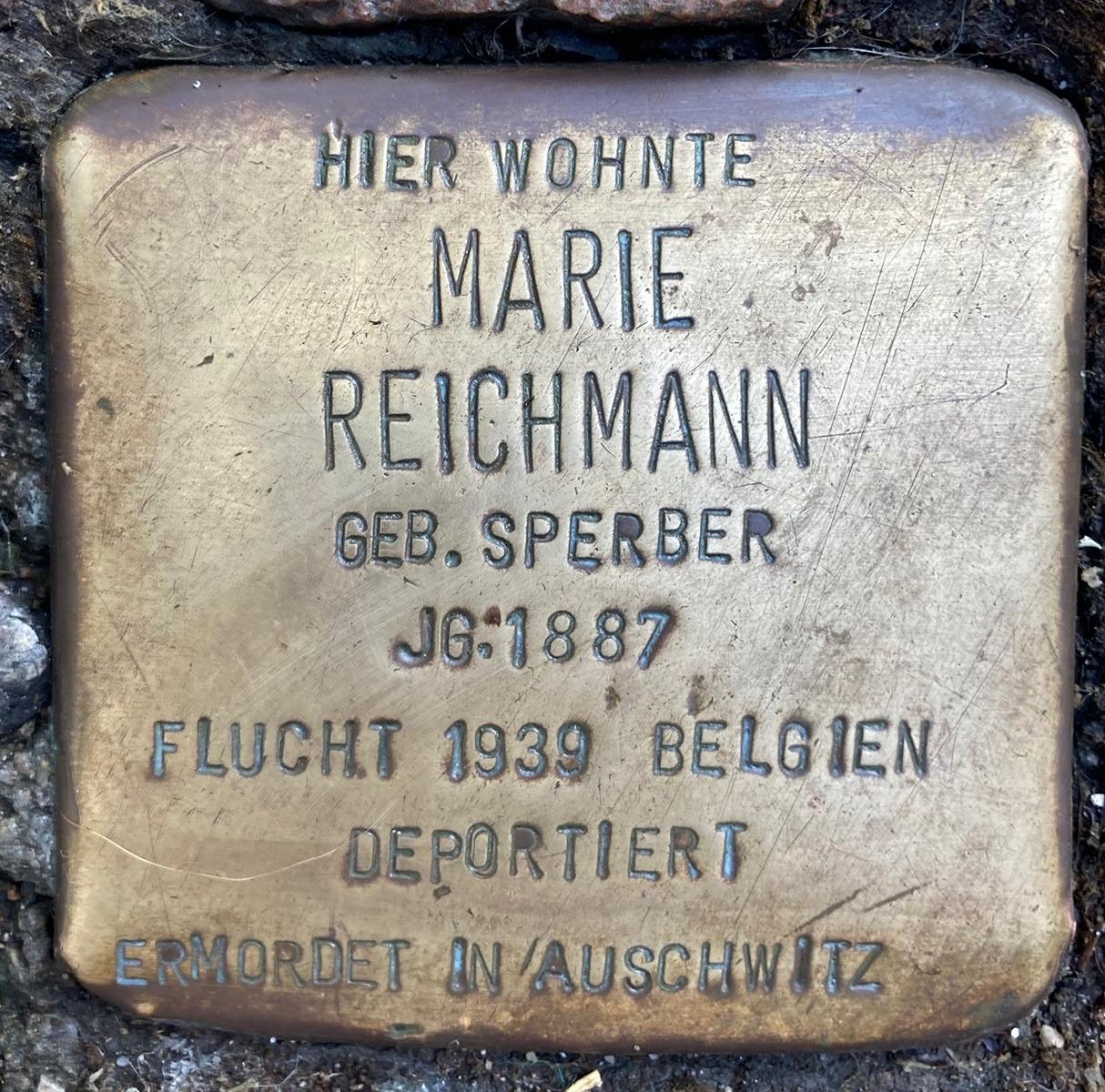 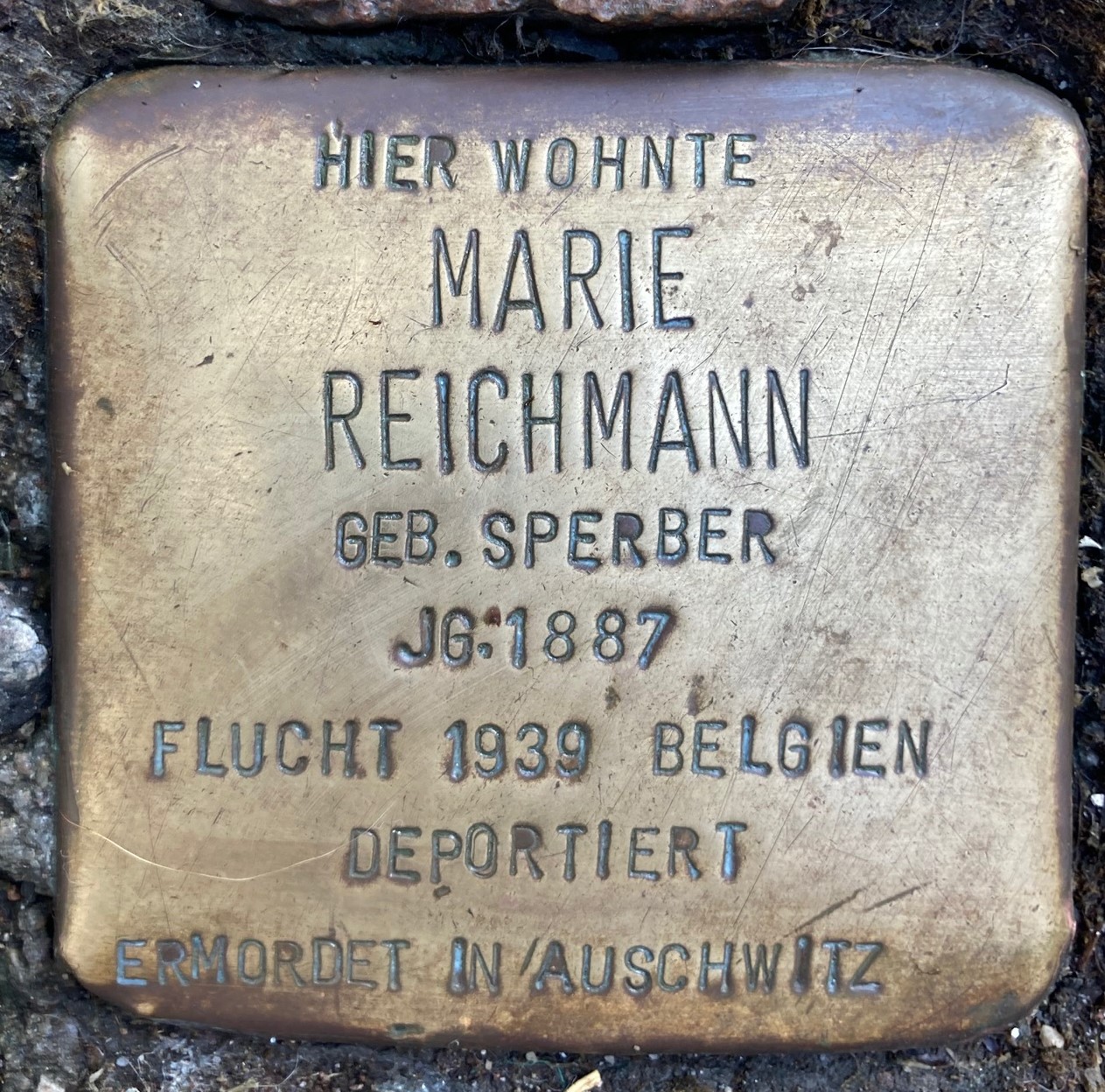 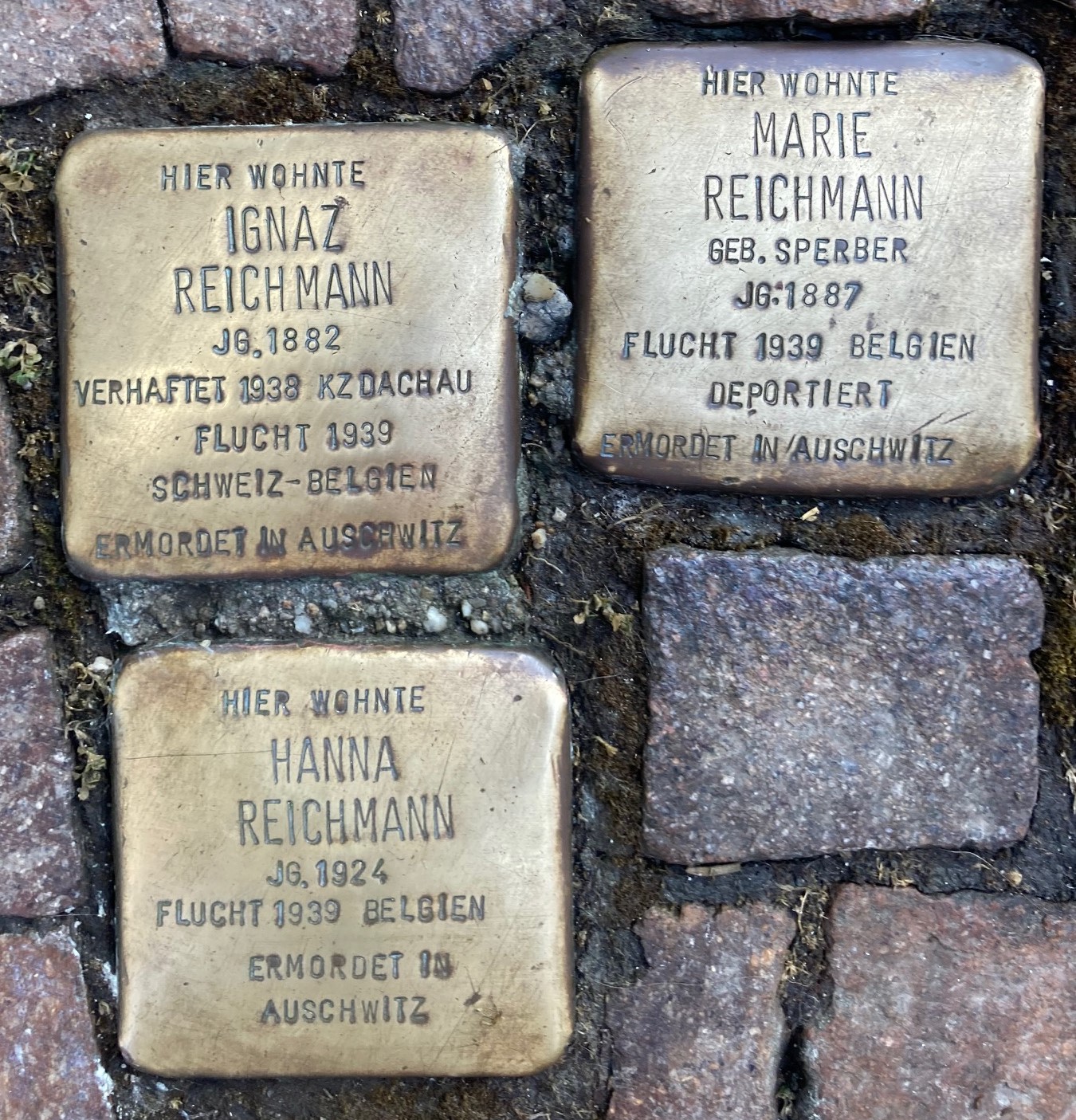 MARIE (also Maria) REICHMANN born SPERBER, was born in Sartaroga (Romania) on November 21, 1887. Together with her husband, the merchant IGNAZ REICHMANN, she had four daughters: GERTRUDE, HANNA, SALY ERNA, and GELLA MINA.

After IGNAZ REICHMANN was forced to give up his men’s clothing business after returning from the Dachau concentration camp in December 1938, MARIE fled to Belgium with him and their youngest daughter HANNA. MARIE REICHMANN was caught after the Nazi invasion, arrested, and deported to the Auschwitz concentration camp on October 10, 1942. There she was murdered at the age of 55.